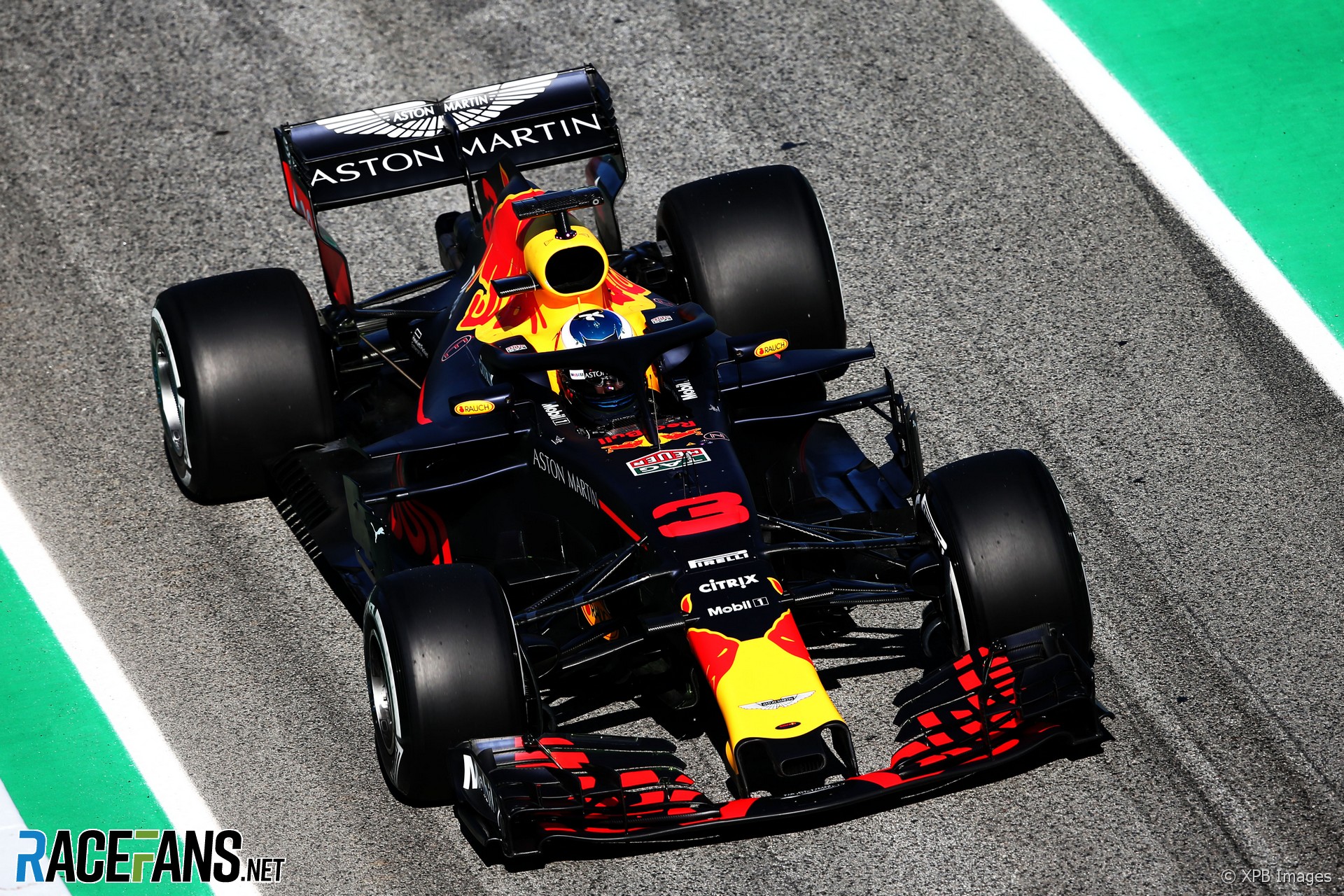 Daniel Ricciardo lowered the unofficial track record for the Circuit de Catalunya as all bar one of the teams set their quickest time of pre-season testing so far on Wednesday.

The Red Bull driver lapped the 4.6 kilometre track in 1’18.047, almost three-tenths of a second inside the previous testing record set by Felipe Massa while testing for Ferrari in 2008.

Ricciardo use the hyper-soft tyres to establish a new benchmark time shortly after noon. A short while before Lewis Hamilton used the ultra-softs to set his best time of the day in the Mercedes.

Valtteri Bottas took over the W09 in the afternoon as Mercedes completed another extensive day of running. However they were almost matched by Red Bull and outstripped by Renault, the latter covering 190 laps with their RS18.

Ferrari had a slight disruption to their day. Kimi Raikkonen was scheduled to test for them but Sebastian Vettel started the day in the car before handing over to his team mate later.

Other teams had bigger problems. McLaren spent most of the day in the garage after further stoppages for Fernando Alonso led to a fresh power unit being fitted. McLaren was the only team not to improve their best time of the test, though Alonso got within two-thousandths of a second of it.

Brendon Hartley caused another red flag in his Toro Rosso but returned to the track to set the fifth-quickest time shortly before the end of the session, displacing Alonso by a few hundredths. Romain Grosjean’s Haas was also not seen for several hours following an oil leak.

The test was extended after Charles Leclerc spun at turn 12, bringing out the red flags with five minutes to go. The cars were allowed back on the track for a final run to conduct practice starts.