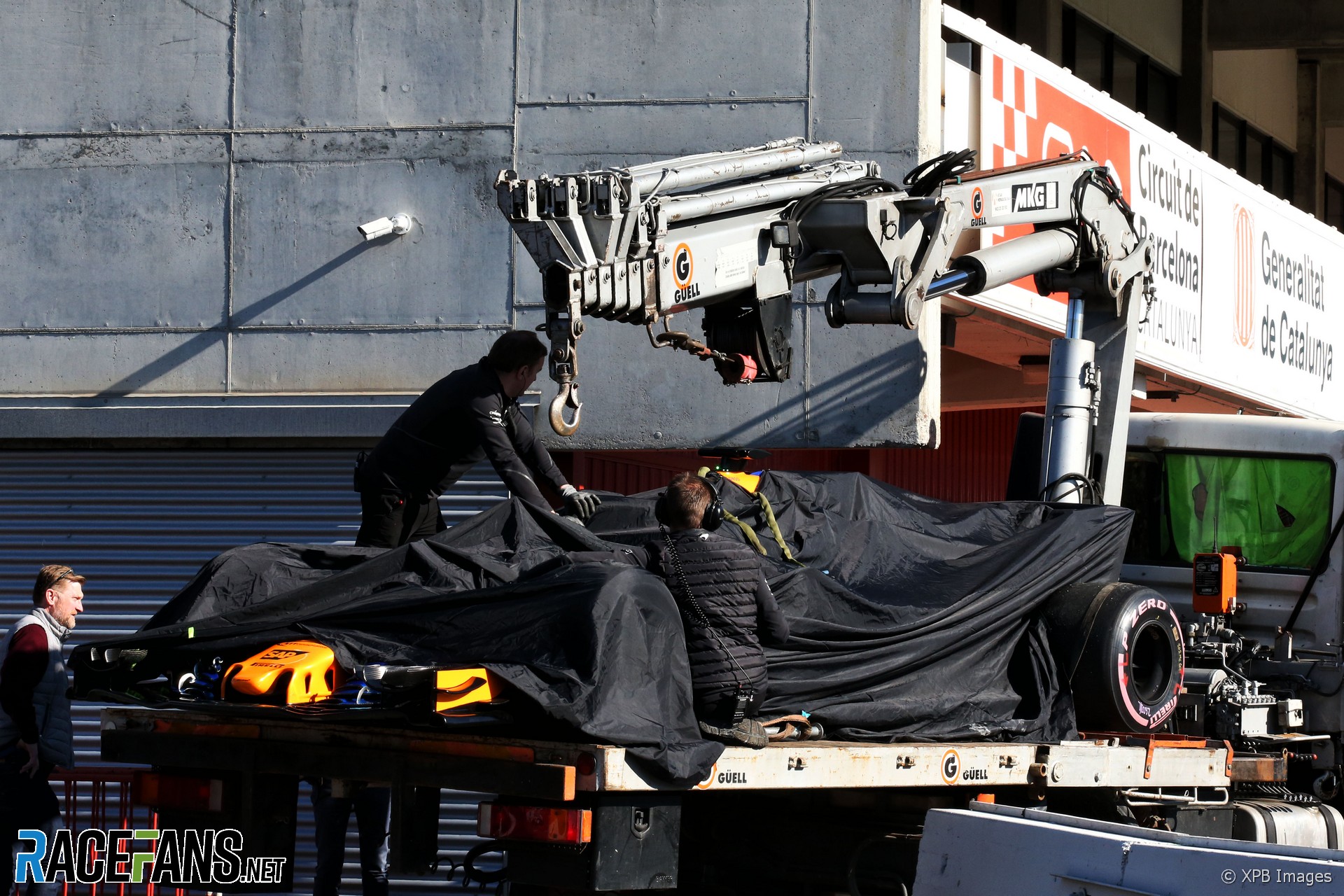 McLaren racing director Eric Boullier explained the turbo problem which caused another stoppage for the team on the final day of pre-season testing.

“During the servicing last night they found a problem with the turbo so they put the turbo back from Tuesday on this engine last night,” he said.

“We had a turbo issue this morning which was related to the the chassis oil leak we had on Tuesday,” Boullier added. “This is now under investigation. We have changed the [power unit] so the car is running now which was the fastest way to get ready.”

The team has previously been delayed by electrical problems and has completed fewer laps than any of its rivals so far.

Boullier said the team had been “ambitious” with its design but insisted the problem it has had so far have been minor.

“We want to be competitive, we have an ambitious design around the car,” he said. “You can see the car is different from the other Renault-engined cars.”

“So far we have minor issues but I think that was because we didn’t do a good job enough to prepare the car. We were a little bit stretched in terms of lead time and delay but these are our issues. I think very quickly we’re going to get back to normal.”

“We did a race simulation yesterday without any issues. We are running now and there is no issues any more. We have adjusted our cooling and so far it works,” he added.

Boullier also addressed a video which circulated yesterday showing a shambolic McLaren pit stop. “We did eight pit stops live yesterday, seven was good, one was wrong,” he said. “I’m going to refer to the seven good.”