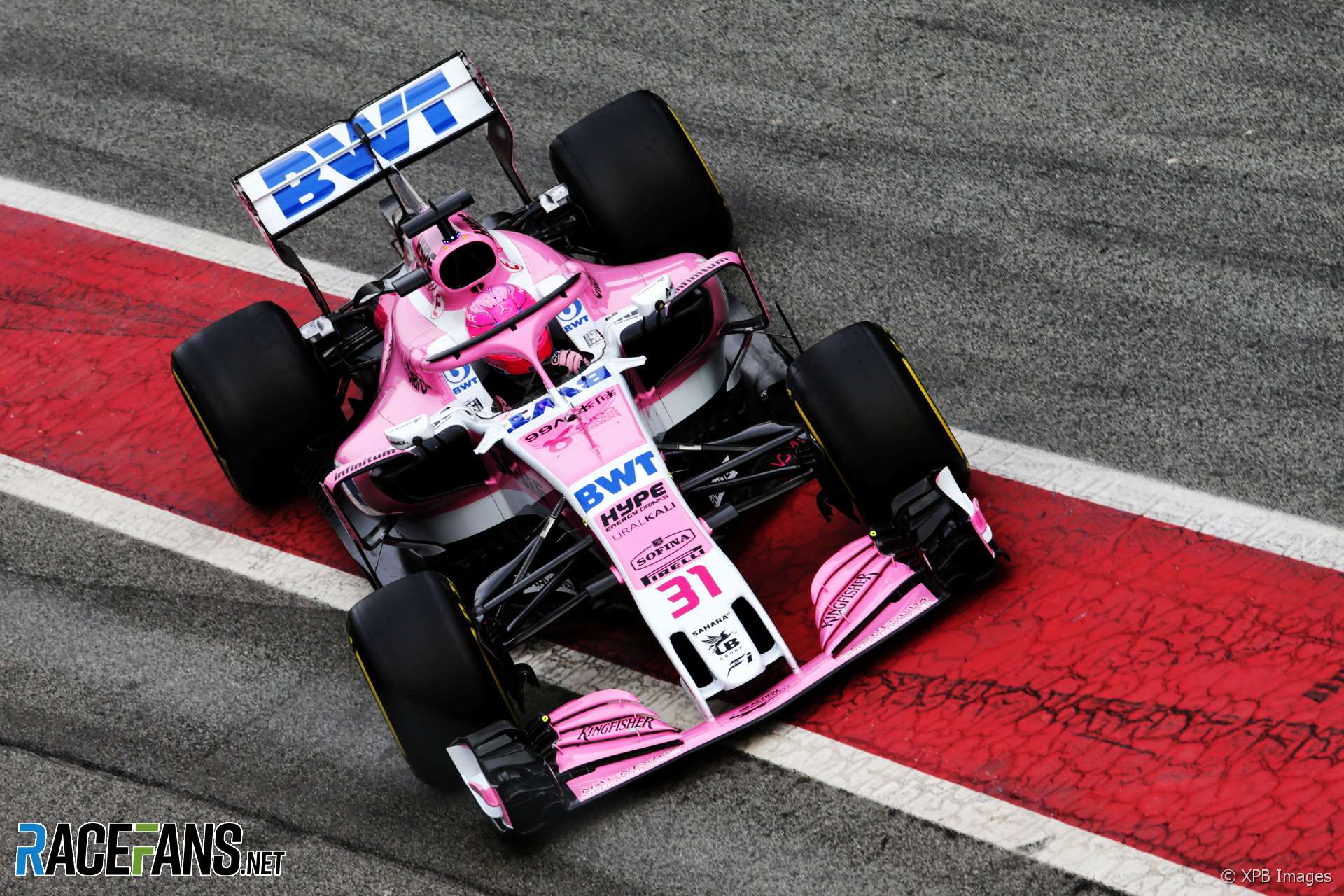 The Force India VJM11 sprang from the pen of technical director Andrew Green, who describes it as “a continuation of where we left off at the end of last season.”

“It’s the foundation for the work we’ve got lined up ready to put on the car for the next few races,” he adds. “There’s some significant changes to the car ahead but our view is we need to be sure that what we put on the car when we change is in the right direction.”

The developments will begin to arrive from the first race. Driver Sergio Perez has already indicated the team will need them to be competitive and stand a chance of repeating its remarkable fourth place finishes of 2016 and 2017.

Force India has the lowest budget on the grid but punches far above its weight thanks to its effective chassis, class-leading power unit and quality drivers. Sustaining their performance last year despite a significant regulations change was a spectacular achievement.

While we are yet to see the definitive, round one-spec VJM11, the first indication is it’s a solid evolution over its predecessor.

The introduction of the Halo was always going to cause a few problems for everyone, the teams with the lower budgets in particular. Force India try to use roughly the same chassis design for two seasons running to reduce costs, but to pass the load tests put through the Halo the team have had to redesign the monocoque, costing them around £1 million.

This has significantly dented their development programme in other areas of the car, hence the reason for a lot of carryover bodywork from 2017. An extensive aerodynamic update is expected for Melbourne however.

Interpretation of the sidepod area remains equally divided, Force India opting for a more conventional approach. The designers often draw influence from the Red Bull team and it appears as though they have replicated their geometry from 2017 with small, sloped, triangular inlets.

Ferrari’s radical sidepod arrangement from 2017 hasn’t yet inspired many copies. But as Green explained, with a major regulations change on the horizon for 2021, it doesn’t offer the conclusive benefits necessary for a team of Force India’s size to take a gamble on it.

“That sort of area is difficult to adjust with the chassis that we have,” he said. “It’s a very big structural change to the car to do something like Ferrari have done.

It’s something we have been actively looking at for quite some time but even with us looking at it for the time we had, still couldn’t do it in time for this year’s car. We’re looking at it, it’s something that’s going to take a long time to understand whether it would potentially give a benefit. For sure, put something like that on our car now it’d be a loss.

“So it just depends how much resource we’re prepared to put into it at the beginning when it’s at a loss and see when it would overtake the current philosophy we’ve got to give us a net gain in a timeframe that’s reasonable. I know it sounds a long way away but in 2021 we’re going to have new cars again so there’s no point us developing a car that might just be ready for 2020 and be the same level as we have now when we could just keep developing what we have now and have a much better car in 2020, knowing the regulation change is coming in ’21 anyway.”

There are some nice touches on the VJM11 that provide hints of things to come. Attention has been paid around the front suspension and brake ducts to work the airflow around the front tyres, while the mirror pods are supported by three delicate fins away from the cockpit area to offset the wake that they produce. The team have also been toying with the Halo fairing design, with up to three thin wings lining the top of the protective tubing aiming to turn down the air and prevent cleaner flow above from getting disturbed as it enters the airbox behind.

As Mercedes customers Force India buy the majority of the rear end from the Anglo-German manufacturer team. Usually the gearbox incorporates the rear suspension mounts however, like everyone else bar Williams, the team manufacture their own carbon gear case and simply insert the cassette style gearbox from Mercedes inside the bell housing. This means that they can design their own rear suspension geometry, rather than adopt what Mercedes have done this year with their raised top wishbone which lowers the rear roll centre for better traction.

But as far as the car’s aerodynamic upgrades go, watch this space to see what they turn up with in Melbourne.