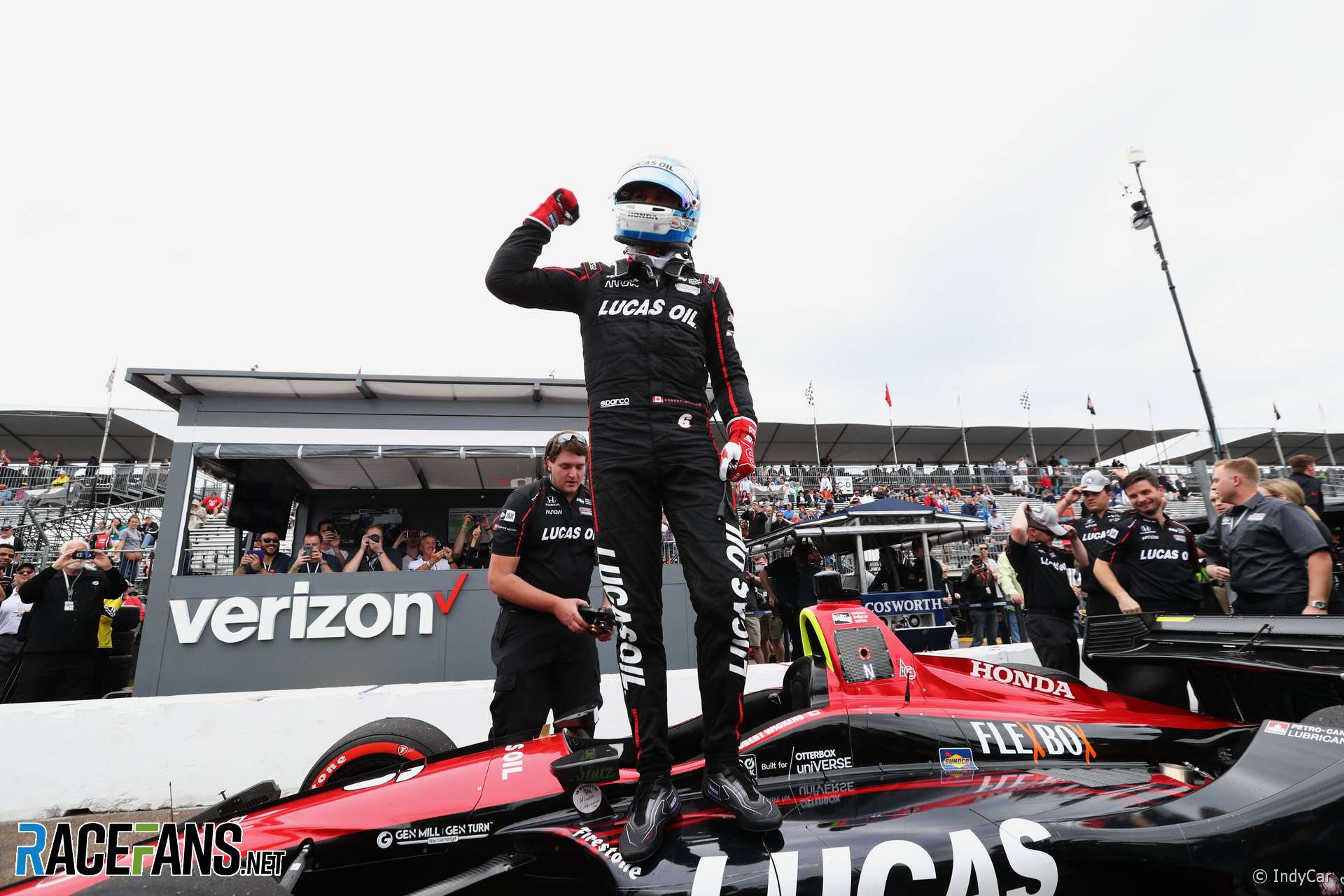 In the round-up: Robert Wickens is on pole position for his debut IndyCar race at St Petersburg with two more rookies on the second row for the season-opening race today.

We’ll be following today’s IndyCar race live from 4pm UK time. The race is due to start at 4:36pm.

Rookie Robert Wickens caused a shock by denying Will Power a fourth consecutive pole position at the track (video above). Two more newcomers to the series – Matheus Leist and Jordan King – will start immediately behind them. Here’s the grid:

A new occasional feature in the round-up highlighting more of what we’ve heard first-hand from the drivers and other F1 figures. First up here’s Sergey Sirotkin who we heard from on the final day of pre-season F1 testing on Friday:

For sure we know the weather is not the best but it’s been the same for everybody. We could probably all do to learn a bit more than what we did in the two weeks of testing being here.

But it was, I would say fairly, the second proper day I’ve been in the car: 105 laps, [Lance] Stroll did a half-day, we also tested many interesting things and got interesting results on different fuel loads, compounds and so on. So it was quite a productive day.

It’s really good to end up like this but we also hoped that we’d get seven more days like what we had today.

Tech insight: Have Ferrari cancelled out a Mercedes advantage? (F1)

"Although last year’s two title contenders have remained faithful to their respective low- and high-rake concepts (essentially the angle of the floor of the car in relation to the track), there has been some design convergence in that Ferrari have significantly increased the wheelbase of their 2018 car. In fact, the Ferrari SF71H and Mercedes W09 now share a near-identical wheelbase at just under 370cm."

What does Haas' U.S. base actually do? (Racer)

"The car that we're running now is actually - in development terms - nearly three months old. And that makes a big difference in this world, so now we're thinking, how are we going to get the next lot on?"

The last V12-engined Ferrari, the 412 T2 driven by Jean Alesi and Gerhard Berger – was among the Scuderia’s cars in action at the Circuit of the Americas last week.

Halo: Are you used to it yet?

I never really even notice the Halo anymore especially in the images that have been taken from a longer distance, i.e., further away from the cars.
Jere (@Jerejj)