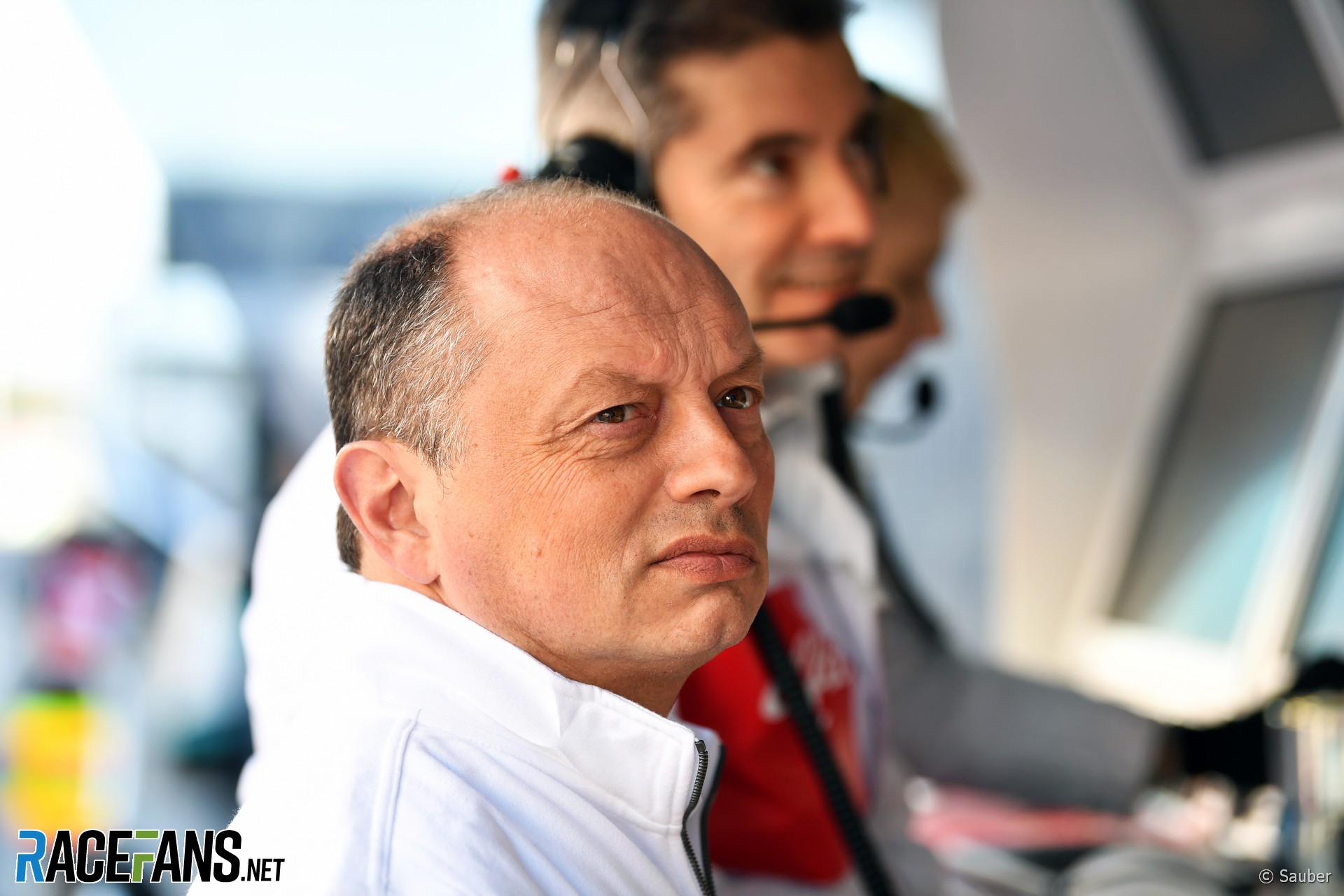 Lumbered with a year-old Ferrari engine, it was little surprise to see Sauber sink to the bottom of the pile last year. But for the 2018 F1 season much has changed.

The team is once again using up-to-date hardware from Ferrari, which should prove a double boost given how big a step the Scuderia took with its power unit ahead of last season. A valuable new commercial partnership with Alfa Romeo has been signed. And the benefits of the backing from Longbow Finance, announced two years ago, are beginning to be felt.

Frederic Vasseur, who replaced Monisha Kaltenborn as team principal last year, says the team was “in a tough situation” when he joined.

“I think we did globally a good job on the last part of the season because we were able to catch up. Now for the future for sure we will have to improve in every single area.”

Vasseur arrived at the team following a short spell in charge of Renault. Here as there, a key objective for Vasseur is to bring the team up to ‘fighting weight’ in terms of staffing. The team has already increased its headcount from 320 last year to around 400 now and expects to hit 450 during the season.

While plugging the new Ferrari engine should bring an immediate performance improvement, scaling the team up will take time. Vasseur describes the process as “eat and digest.”

“We’ll take 20 guys, reorganise the company a bit, take 20 guys more,” he says. “We have to do it step by step. But Renault did it in the last 18 months and we will be able to do it in the future.”

But there will be strong pressure to deliver improvements quickly. With a single exception, this was the slowest team at every race last year, with often more than 1% lap time difference between them and the next-slowest team.

“I think the first step for us will be to catch up the field,” says Vasseur. “We will improve much faster as soon as we [get onto] the pace, first because we get an extra motivation and also because with the comparison you will improve faster.”

How long do the team have to raise their game? Vasseur describes it as a “mid-term” project and cites several rival teams as examples.

“If you have a look at the other projects: Red Bull 10 years ago, Mercedes seven years ago, it took time for them to be able to fight for championships and to win.

“In Mercedes’ case they took over Brawn who were world champions and it took five years to become world champion again. But we are starting from the back and far away at the back so we have to be realistic.”

A more relevant comparison to Sauber’s situation is Force India. Vijay Mallya’s team brought up the rear of the field in 2008 (Super Aguri’s early-season exit notwithstanding) but finished fourth behind three far richer teams in the last two seasons. Vasseur calls them a “good reference” – a team that was “more than at the back and they build up something very strong.”

Can Sauber replicate their revival? Vasseur is unwilling to specify where they are likely to be by Abu Dhabi, but makes it clear he expects regular improvement.

“It would be stupid for me to say that the target is tenth, ninth, eighth because it will depend also on what the others will do,” he says.

“Last year it was not an excuse [having a year-old engine] but we have to push like hell. Everybody in the company is pushing. But in the other end we have to understand that it will take time.”

12 comments on ““We have to push like hell”: Vasseur on Sauber’s revival plans”