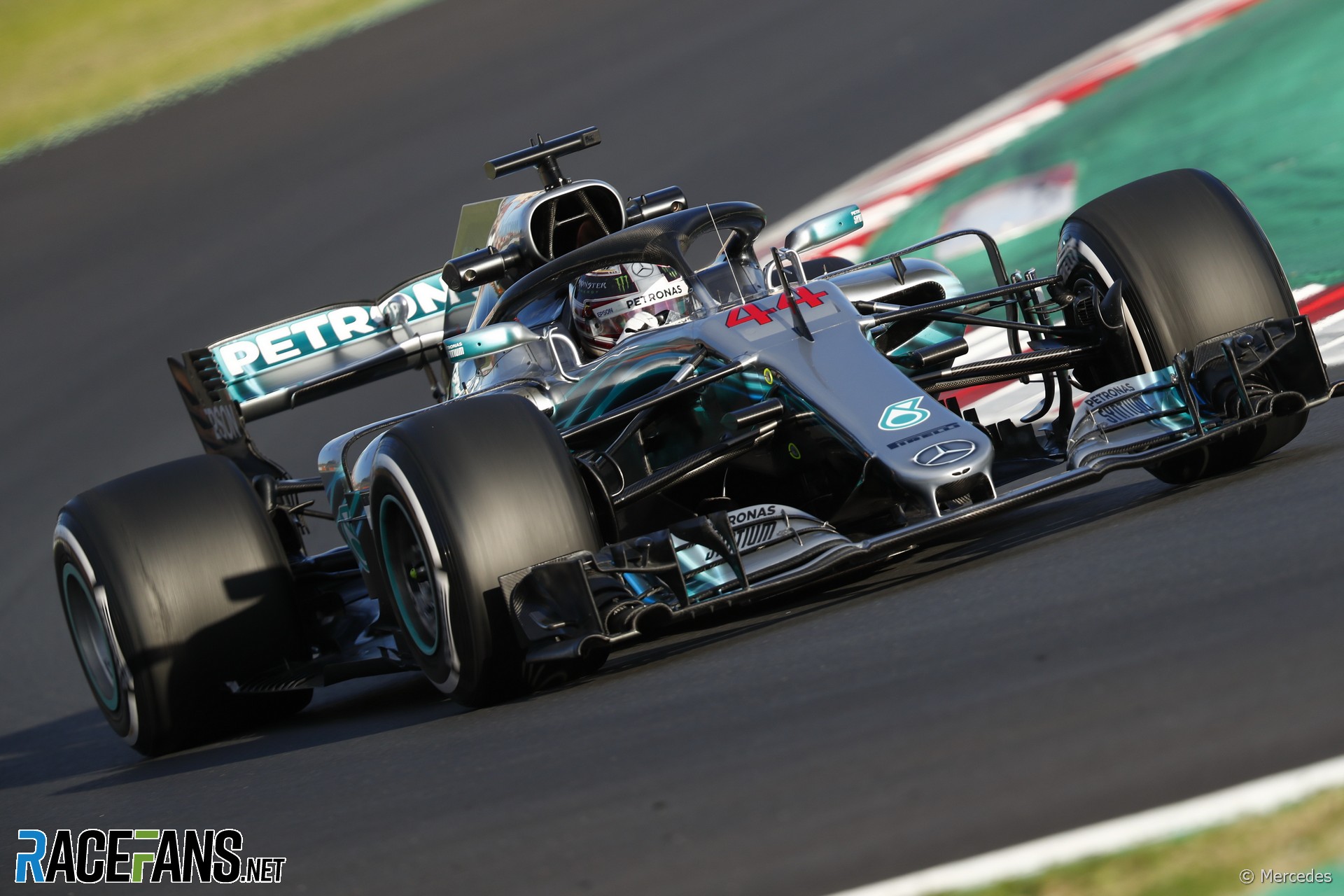 In the round-up: Lewis Hamilton says he’s never driven a perfect lap in Formula One.

During one of his pre-season media briefings RaceFans quizzed Hamilton on whether he felt he’d ever driven a ‘perfect’ lap. The four-times world champion’s answer began with a simple “no”, and he went on to give a fascinating insight why, in his view, “you’re never going to get perfect” in F1:

There’s nothing above Formula One. There’s no other class that’s better than this. If I was to perfect it would really suck and I’d have to stop.

You’ll never do a corner perfect. There’s not one corner in a pole lap that you’ve done prefect. You can always do it better. You look in the data and it’s like ‘damn, if I’d braked a little bit earlier, picked up my minimum speed, on the power earlier, I would have been ahead.’

But I strive to find that perfect lap, pole laps particularly those are the ones I’ve tried to get close. And it’s a great feeling when you get close. But then you get frustrated when you find out you could have been better.

The long winter is almost over. The 2018 F1 season begins this weekend with the Australian Grand Prix at Albert Park.

We are more than usually excited for the beginning of the new Formula One season at RaceFans as this year for the first time we will have our own journalist on-site at almost every round of the championship.

Why not the full season? It’s solely a question of costs: The air fare and hotel fees alone involved in covering a globe-trotting 21-round world championship (plus tests) are huge, and there are furthers costs on top of this we have to cover. This means we have to take difficult decisions about which races we can and can’t attend. Unfortunately the latter applies to this weekend’s race, as allocating a budget to cover this one round would force us to miss multiple grands prix later in the year.

Of course we will still bring you news and pictures directly from the paddock and we intend to provide more and better coverage than ever before. Naturally, our future goal is to grow to the extent that we don’t have to make these kind of tough decisions any more. And as more of you are reading, sharing links to and supporting RaceFans than ever before I’m confident we’ll get there soon.

"Yes, Le Mans 24 Hours is one that I'm looking at. If there's a great opportunity I may just jump in (this year). It would be five weekends in a row or something like that, but I've got to train for a triathlon first."

"I think you can look at the timesheet and go 'wow, Mercedes are at the top'. That’s probably about right."

STR: Honda letting us do things others wouldn't (Autosport)

"Before, we got the mappings, everything was in a black box and we couldn't do anything. Even if we said 'maybe this is better' they said 'take it and that's it'."

"To be quite frank, whatever thoughts I’ve got will be quite uneducated. I’m a traditionalist. I love to hear the sound of an engine going around a track. Formula E doesn’t provide that."

"Formula One is bracing itself for a storm of criticism as the row over the Salisbury poisonings threatens to overshadow Russia’s summer of sport. The World Cup has already become embroiled in the diplomatic argument, with Britain warning that no government ministers or royalty will follow the England team to Russia."

The opportunity of a lifetime! Introducing the young boys and girls who will make history as the first ever #F1 Grid Kids at the 2018 #AusGP. pic.twitter.com/RBgJdZ102P

Have the Force India pair learned to go easy on each other during the off-season?

I think the Force India drivers will still be at it this season. Maybe not to the extent of squeezing each other in to walls and throwing away points for the team, as I think they’ve both matured from those experiences, but I expect Canada 2017 kind of races between them.

They’ll both be pressurising the team for orders and different strategies to beat each other, and there is no way they would do each other any favours. There will still be a lot of off-track tensions between the two.
@Todfod

Give your verdict on the season ahead here: