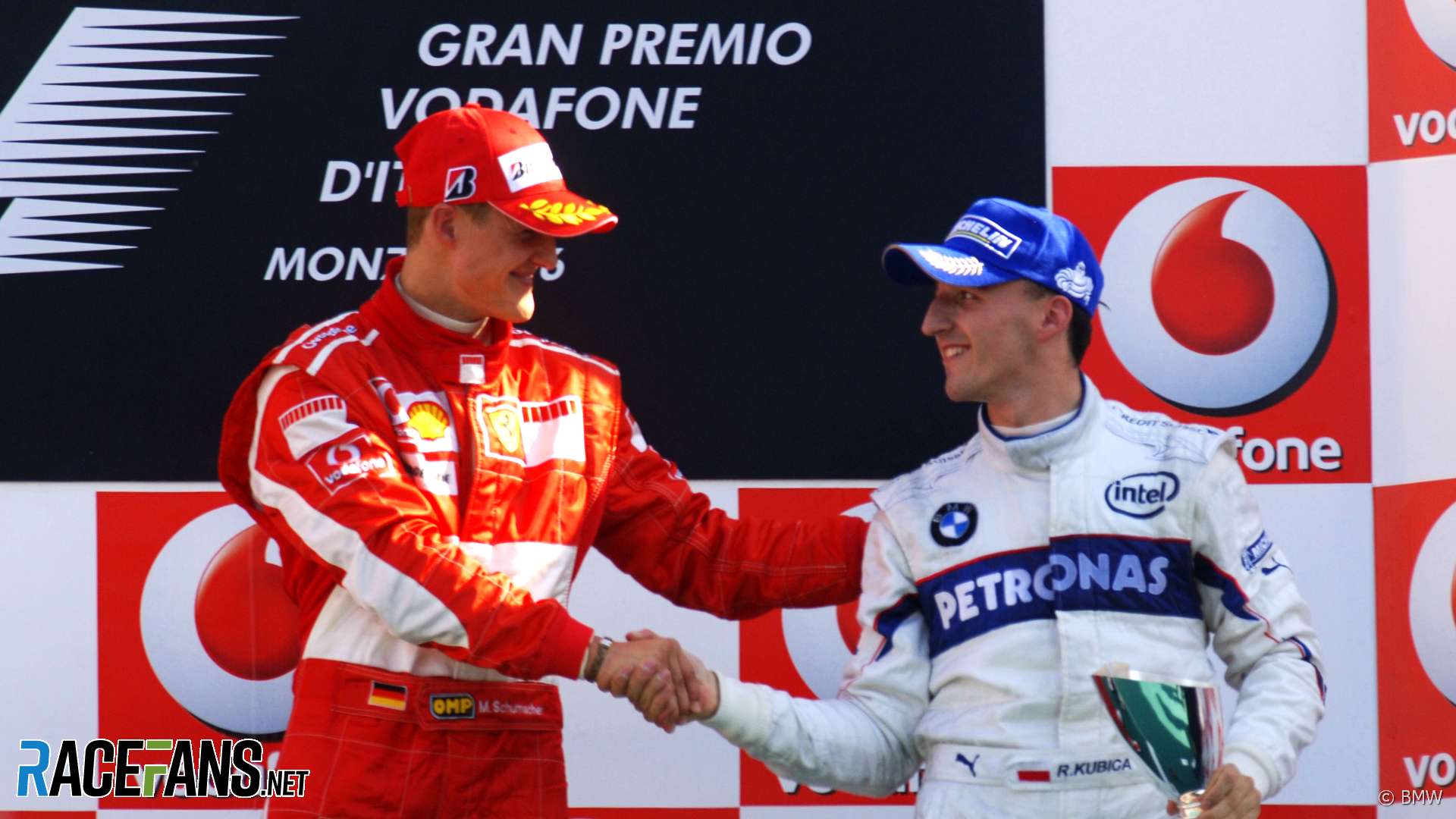 Robert Kubica was one of several drivers asked during pre-season testing four their thoughts on Schumacher. Here’s what he had to say:

For sure Michael was the best driver at that period. This is no doubt about it. He had won so many titles.

I think he somehow showed that an F1 driver is not only about driving the car but there is also other work to be done. I think then people start understanding and he was the benchmark of physical approach, mental approach. He worked really hard away [from] the cockpit to become [the] best he could.

I think the modern generation, he was a big example also away [from] the car. He has for sure been, I think for every driver my age, a big inspiration.

Lewis Hamilton also shared his memories of competing against Schumacher.

Verstappen: ‘I’ve never doubted myself. I just drive as fast as I can’ (The Guardian)

"I don’t want to sound arrogant but I always believed I was good in the wet. I was more surprised the other drivers were not when it came to finding the best grip as I was coming from the back to third place (in Brazil 2016)."

"Mid-season he was more-or-less 10 kilos overweight. We were able to close the gap and come back to the limit in the last part of the season."

Todt on F1's future, Ferrari, the Halo and his successor (Sky)

"I will not be specific about cost cap. Something is sure: We need to make racing globally, more specifically Formula One, more affordable. "

"There’s definitely a problem in recognising the driver,” he said. “I went on track as well, I’ve been watching Formula 1 my whole life, and I couldn’t tell who was driving."

"I think it (Melbourne) has been so well received for two decades now. I would see absolutely no reason whatsoever to tweak that."

"If racing drivers aren’t doing something dangerous, then what’s the point of them?"

"Dieter’s back to tell us what he Renckens the politics of F1 2018 has in store, Michael and Rob reminisce about car-themed carpets and Peter reminisces about his run-ins with plungers."

Getting ready for our departure to #F1 R01 #Melbourne via #Singapore . Start of my 17th F1 Racing season. 👌👊 pic.twitter.com/jqbUBnZFdE

I'm currently sat at a bar owned by Bernie Ecclestone. Out of respect I've ordered something short, bitter and expensive. pic.twitter.com/PuzPHw3es9

There have been many complaints in the UK that Sky’s exclusive F1 broadcast deal prevents F1 TV from being offered here. But is it reasonable to suggest F1’s new owners should tear up the deal?

To be fair on Liberty the deal was made before they arrived. I don’t think they can be held responsible.

Whilst it would please me to have affordable (read; legal) access to races, if it meant they had to renege on a legal agreement, it’d be pretty shoddy behaviour.

We’ll just have to wait, and make sure that by 2024 the idea of providing direct coverage through the internet is more financially attractive for them than big deals with Sky.
@Gongtong

57 comments on “Kubica on Schumacher: ‘He showed being an F1 driver isn’t only about driving’”