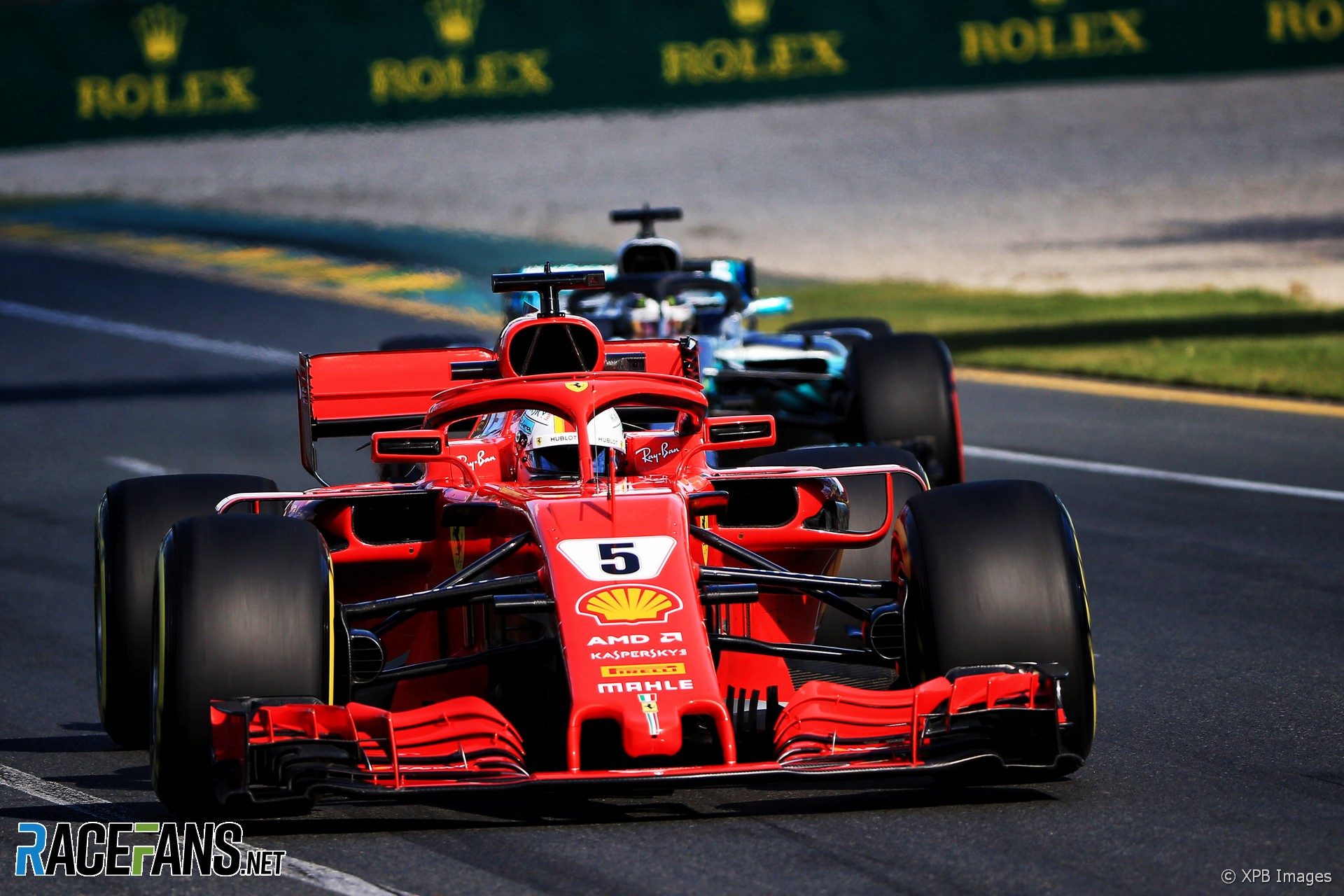 The headline times after the first day of practice at Albert Park gave some encouraging signs about how close the first race of the year could be.

We’re unlikely to get a full picture on Saturday, however, as the chance of rain is very high. According to Pirelli sporting director Mario Isola, the forecasters rate the probability of rain on Saturday at “100%”. More rain is possible on race day.

At any rate the likelihood is the top teams haven’t truly shown their hand yet. Lewis Hamilton set the pace today but was slower than he was in the same session 12 months earlier. He was 1.7s off his 2017 pole position time and Ferrari is shy of its 2017 pace by the same amount.

Red Bull, who lapped half a second off their 2017 pace, is wary of how much their rivals can turn their engines up for qualifying and this is a reminder why. And, of course, why Max Verstappen is so eager for rain on Saturday.

One team, however, has already shown better pace in this event than it did 12 months ago. And it isn’t Haas, whose best-of-the-rest performance in Q2 got the paddock talking. Fernando Alonso’s 1’25.200 in his McLaren was 0.225s quicker than his qualifying time from last year.

This also means Renault are being out-paced by both their customer teams at present. Nico Hulkenberg is confident they can make gains on Saturday, however. “Both mine and Carlos [Sainz Jnr’s] runs were not ideal on the ultra-softs so we’ll see how tomorrow goes,” he explained.

Hulkenberg also explained why the resurfacing at the Circuit de Catalunya had made it harder than usual for teams to translate their testing performance to the first race weekend of the year. It’s quite different here, the Tarmac, also the bumpiness,” he said. “This track is now so much more ride-demanding than Barcelona, which is now probably the smoothest circuit on the calendar.”

In normal conditions, then, Renault could be Q3 contenders too. But with a midfield this close and a wet qualifying session in prospect, all bets are off. After all just seven-tenths of a second covered 18th (Q1 exit humiliation) to eighth (comfortable spot in Q3).

If the weather dries up on Sunday the drivers will find the track rather different to the warm, increasingly grippy one they enjoyed today. Cooler, slipperier conditions could introduce the possibility of graining.

Pirelli found degradation on its tyres to be low, edging teams towards one-stop strategies. But the performance differences between the compounds haven’t turned out as expected, which could leave some room for strategic variation.

Whatever the weather does, the field looks close, which is the first sign we’re in for an exciting year. A drop of rain on Saturday will only add to the intrigue.

Predict the top five and the pole sitter to win some great F1 prizes: