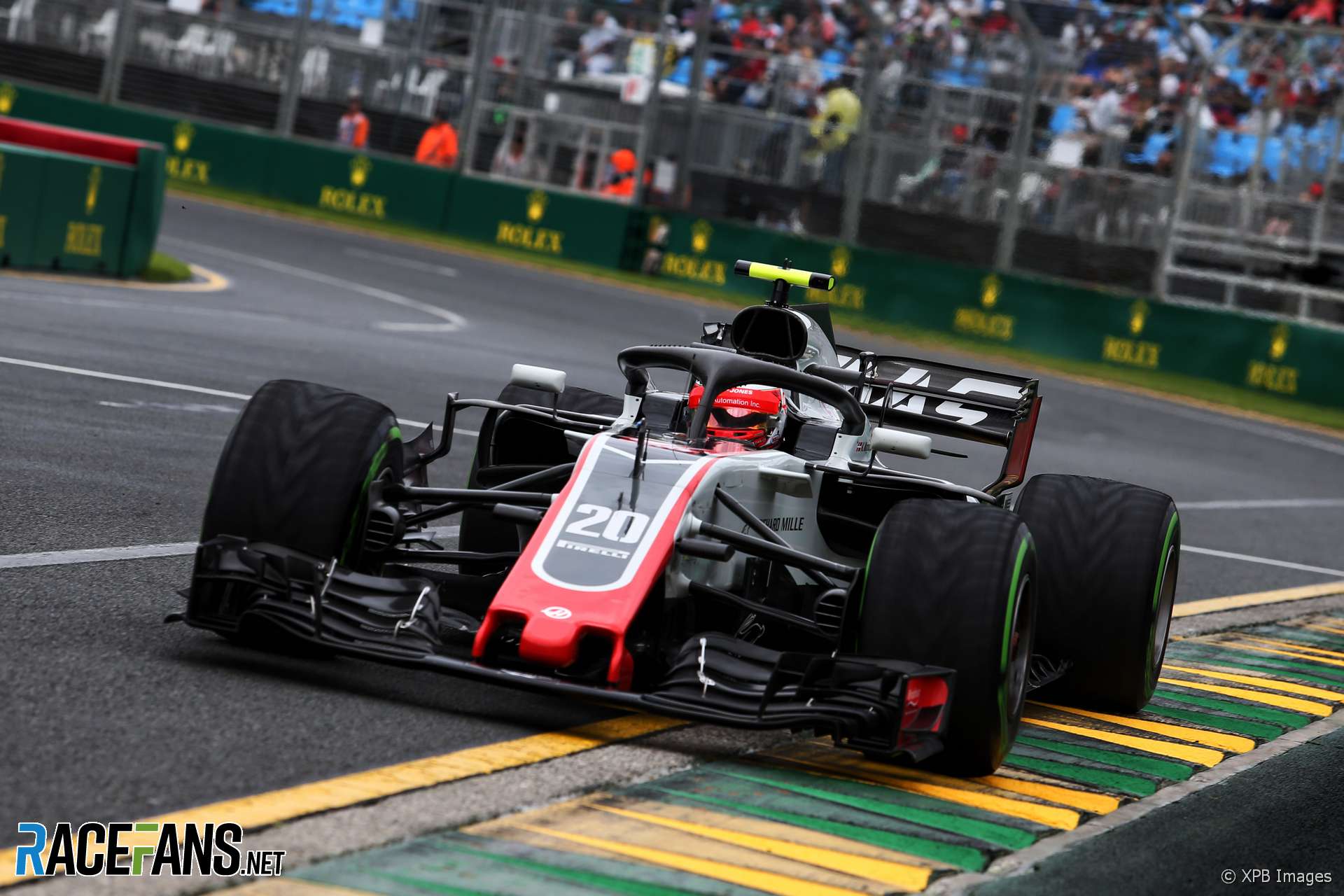 Romain Grosjean and Kevin Magnussen dismissed Fernando Alonso’s description of their car as a “Ferrari replica” following their strong start to the season in Australia.

Alonso made the comments prior to qualifying, where the Haas pair claimed third row starting positions.

“And I wonder why it happened to McLaren. I’ve raced for the team and seen the infrastructure. And compared to this, it must be annoying.”

Grosjean is unhappy the nature of the team’s relationship with Ferrari is facing criticism again. “It’s the same thing every time we’re fast,” he said.

“It was the same thing last year, we were a ‘Ferrari B [team]’ We’re using the same suspension, the same gearbox, the same engine. Everyone knows that the suspension are defining a lot of the flow so of course there’s going to be similarities.

“But again we’re doing our own car and if we were a Ferrari B we’d be up there with them. It’s not true and it’s not nice for the people that work at Haas and produce a Haas VF-18.”

Haas should serve as an example to potential new teams of how to come into Formula One, said Grosjean.

“I think the way we operate the team and the way we’ve created our partnership is good for F1. It shows that you can come and make things look pretty good in a small amount of time.

“Of course if we had to do everything from zero we’d be nowhere [near] where we are today. So I think it’s a good thing for Formula One to show that ‘look, if you want to come to Formula One there’s a way to do it that you can actually be successful early on.”

However Grosjean said he expects F1’s richer teams will pull further ahead over the rest of the season.

“I think more the season goes, the more the gap opens with the top teams,” he said. “They have 1,000 employees, we can’t really compete.”

Fifth and sixth will be the best ever combined starting positions for Haas since their arrived in F1 two years ago. Grosjean said he and Magnussen will “have a word” about their tactics to avoid tangling with each other.

“I’m not worried, I think we’ve got a good relationship,” he said. “Everything can happen, obviously, it’s racing, an incident can happen but I’m sure we’ll do our best effort to not do a Force India-type scenario.”