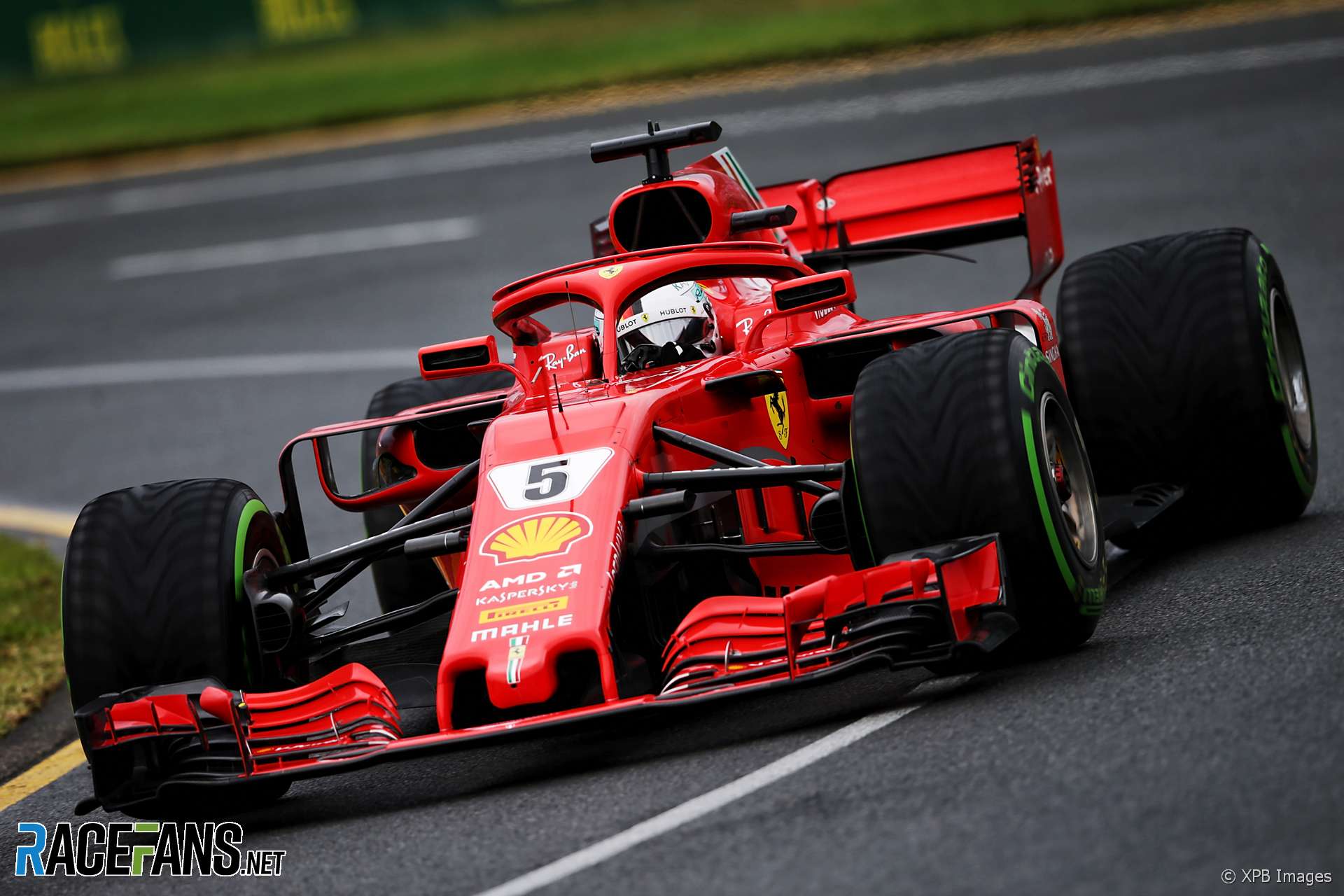 Sebastian Vettel admitted Lewis Hamilton’s surge to pole position in the final stages of qualifying at Melbourne took him by surprise.

Vettel was just three-hundredths of a second behind Hamilton after their first runs in Q3. But Hamilton produced a dramatically quicker final lap to take the first pole position of 2018 by more than six-tenths of a second over the two Ferraris.

The Ferrari driver estimated his car was capable of getting within “half a second” of the Mercedes’ time “providing that his lap was absolutely perfect.”

“I don’t know what he did to find that much time, maybe he didn’t wake up until the end.

“But overall I’m pretty happy. It wasn’t very good yesterday, today was a lot better. I’m quite happy that we put the cars right at the front, very close to pole. That gives us a good shot.”

“The last four years everyone’s been closer to Mercedes in the race than in qualifying so hope on that,” Vettel added.

He said he wasn’t too concerned about losing his place on the front row to team mate Kimi Raikkonen with their final runs in qualifying.

“In the end I had a tiny mistake in the last sector. But it doesn’t matter, second or third, we got it for the team. Obviously it’s a good position to be in and hopefully we can keep the pressure up tomorrow.”

20 comments on “Hamilton’s Q3 surge surprised Vettel: “I don’t know what he did””