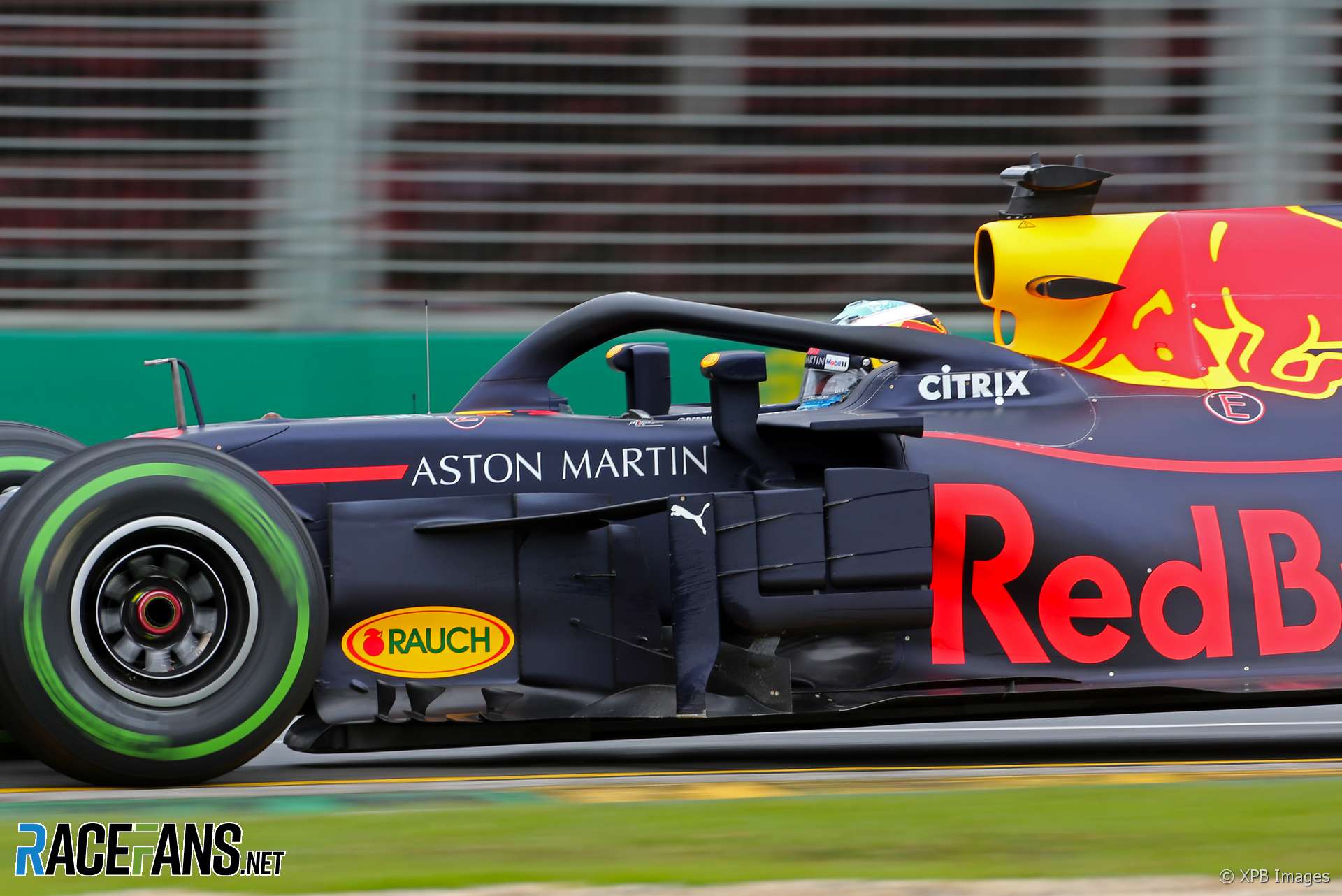 Daniel Ricciardo admitted he is frustrated by the ease with which Mercedes can increase their engine performance using their ‘party mode’ qualifying setting.

“That sucks,” he told media in Australia. “It’s frustrating. I’m over it, I think everyone else wants to see them get challenged a bit more. That was a little bit of a punch in the stomach.”

“Obviously they’re loving it, they’re in a good position, but everyone else is hating it. Hopefully we can catch up. Hopefully in the race they don’t have as much of that because that’s a bit scary that mode they’ve got.”

Although Mercedes has had the ability to increase its performance for single flying laps for some time, Ricciardo admitted they are getting more benefit from it than he thought they would.

“I didn’t expect that much,” he said. “From Q2 into Q3 I knew they’d add a bit more, I expected them to be more than two-tenths quicker than us. But to go that much quicker at the end that was like throwing a pie in everyone’s pace.”

“They can do it, they’re obviously the ones who are leading. I know it would be nice to be in that position but I know for everyone else it sucks.”

Ricciardo also revealed he was lacking in straight-line speed compared to his own team mate in qualifying.

“I just saw the [comparison] to Max [Verstappen], it was pretty much all in the first sector. There was a little bit on braking but quite a chunk on the straights as well, I was losing a bit on the straights.

“It was OK, I didn’t think it was too bad as far as the balance went but we ran out of front wing early in the qualifying, kept asking for a bit more front grip, but there wasn’t really anything we could do at the end to get more out of it.

“Q1, Q2 I was relatively happy. We aborted the second Q2 lap but generally I was feeling OK with the balance. But then at the end when I was just leaning on the car that extra kind of three, four tenths, we just lacked a bit of front grip.”