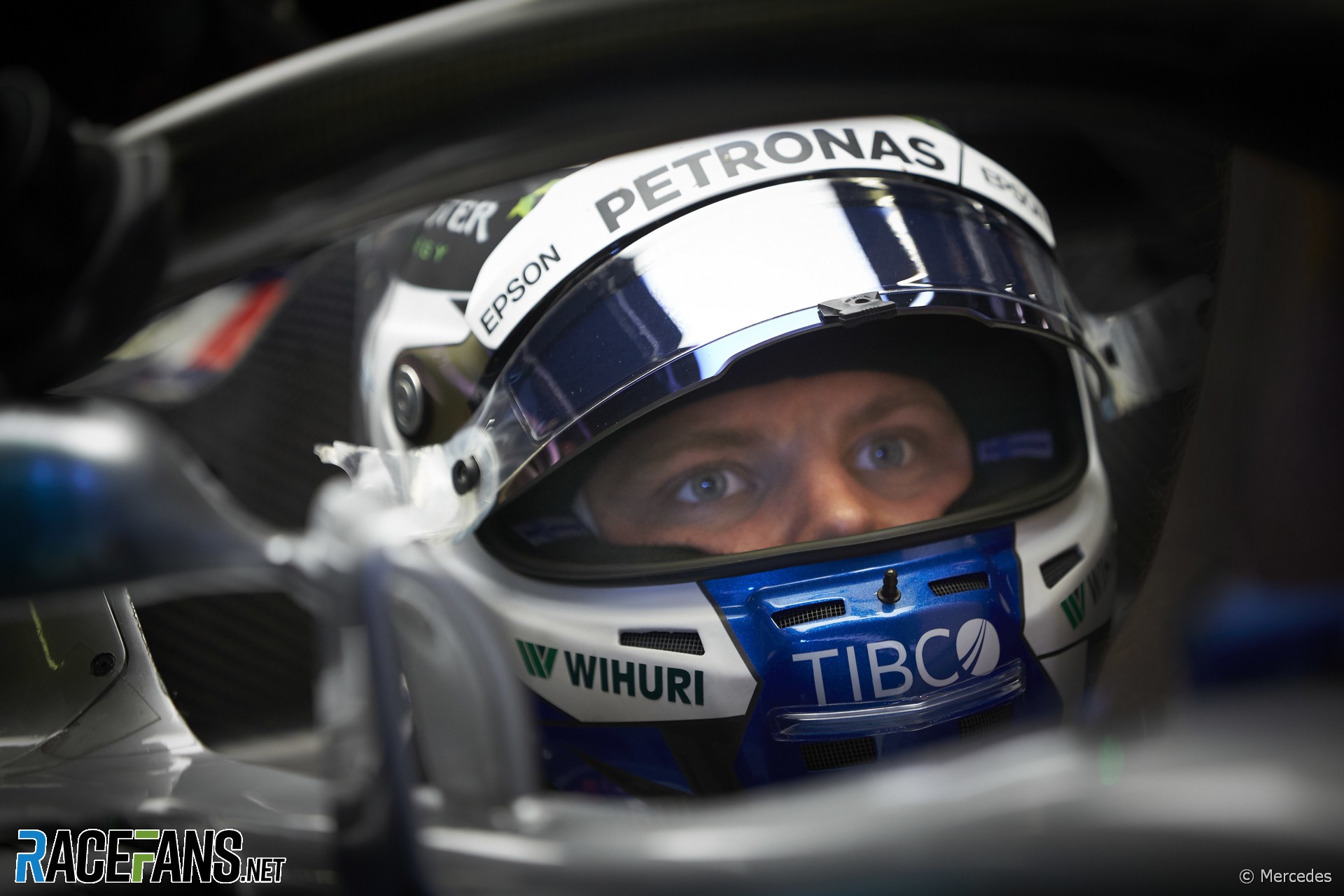 In the round-up: Valtteri Bottas describes his 27G hit with a Melbourne wall in qualifying.

Here’s more of what Valtteri Bottas had to say about his qualifying crash:

First run in Q3, first corner, just tried to carry a lot of speed, it was wider than ideal and definitely was still a bit damp where I was. Got sudden wheelspin, couldn’t catch the rear any more and didn’t really want to lift any more. My mistake, just pushed a bit too hard in that corner trying to gain some time. But that cost me Q3 today and for us as a team a lot of extra work for tomorrow.

It was quite big, I haven’t had any big [crashes]. I feel it a bit but I’m glad everything’s fine and there’s no pain at the moment. In the moment it hurt a bit, I guess you earn that when you make a mistake like that. I’m fine, the car is not fine, it’s hopefully going to be OK.

I think tomorrow if we can get everything back together, obviously starting from a bit far [back], ought to be really fighting for the win. But there’s no point giving up on Saturdays. I think anything’s still possible. We’ve seen we have a good car in qualifying as Lewis showed. But we think we have a very good car in the race. I think anything’s possible from there. Melbourne can be plenty of things happening in the race, plenty of opportunity. I had a race last season when i was one lap down and still ended up second. So I think there’s still opportunities even though overtaking is difficult, hopefully less so with the third DRS zone. But we’ll try everything we can.

"McLaren had to pay $80m (almost £57m) in compensation to engine supplier Honda to end their disastrous three-year partnership."

"There’s not a person out there that doesn’t want to see Williams do well, and to do that they need a marriage between experience and the future. You need chemistry between the drivers. F1 isn’t a finishing school, it needs drivers who can deliver from the off."

Dieter Zetsche: "From my perspective Formula 1 is absolutely relevant! And maybe more so today than ever. Here are three reasons why. "

"The wishbone angle and position is limited by aerodynamic idealisations, keeping the mass of the car as low as possible and regulations. They all sort of play off eachother too, adding to the complication."

‘She locked herself in the toilet’: The dark side of Formula One (The New Daily)

Stoffel Vandoorne: "I remember my mum used to come to a race and not even look … she used to lock herself in the toilet because she was too scared to watch."

"Former F1 boss Bernie Ecclestone and Bambino Holdings Limited could be forced to pay significant damages to Bluewaters Communications Limited should the London High Court find in favour of the claimant during a trial scheduled to begin on 1 October 2019."

Does anyone else struggle to read this new font type? 🧐 pic.twitter.com/x4n5dai9II

Tomorrow I will wake and race day it will be. That makes me happy.

Pace of Merc unbelievable today – just wow. Behind them, lots of teams undercooked. McLaren brought only half of their planned upgrades, while Force India are using the same front wing as in Singapore 2017. Huge development race ahead #AustralianGP

F1 cars are 10 seconds per lap quicker than when they first raced at Melbourne but is the racing better, worse or no different?

Other than Martin Brundle’s crash at the start, the 1996 Australian Grand Prix was pretty boring. Williams was untouchable and since Jacques Villeneuve had some technical issues, he wasn’t really able to compete with Damon Hill for the win, but still comfortably came second.