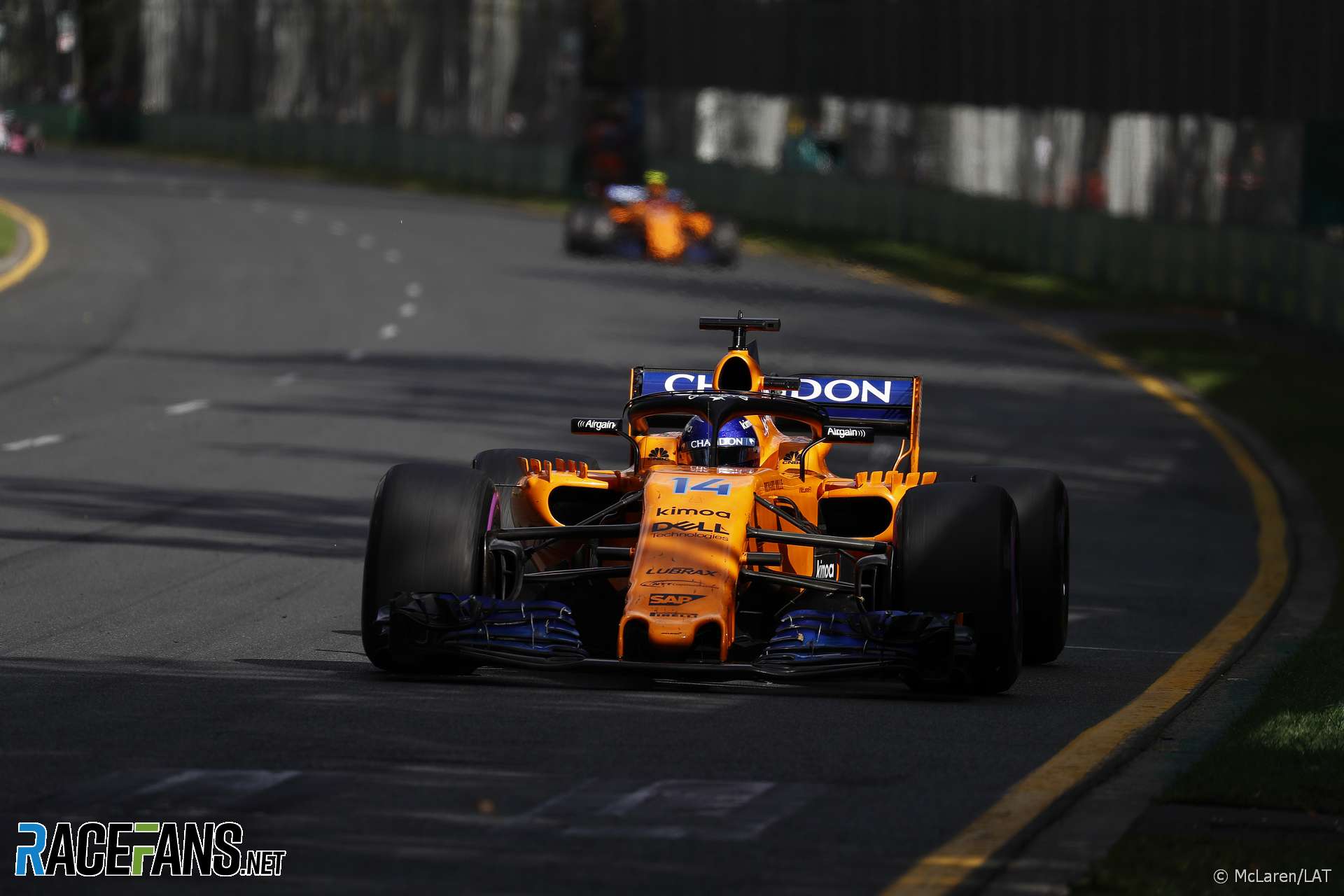 Sebastian Vettel drew first blood in the grudge match between him and Lewis Hamilton as both bid to become Formula One’s third five-times world champion.

The Ferrari driver scored his 48th career victory and also made his 100th appearance on the podium. As Vettel is one race shy of his 200th start, that means he’s finished on the rostrum in more than more than half the races he’s started (and he’s had a few confiscated as well, at the Hockenheimring in 2012 and Autodromo Hermanos Rodriguez in 2016). For Ferrari it was their 950th race and 230th victory.

After leading the opening 18 laps of the race Hamilton had to settle for second place. However he did notch up the 73rd pole position of his career.

He already has five more poles than the previous all-time record holder Michael Schumacher, so how high will this record stand to be after another 20 races? Ominously for his rivals, Hamilton’s 0.664s advantage on Saturday was greater than he enjoyed in most of his 11 poles last season, the only exception being at Monza where it rained.

That weekend was also where Vettel lost the championship lead to Hamilton last year. Vettel is back on top of the points again and Ferrari are ahead in the constructors’ for the first time since Monaco last year.

The race marked the fifth anniversary of Kimi Raikkonen’s last F1 win. He made his 22nd podium appearance since that date, further increasing his record for most consecutive podium finishes without a win. Hamilton, meanwhile, is now just one race shy of matching Raikkonen’s record of scoring points in 27 consecutive races.

Raikkonen was the more convincing of the two Ferrari drivers for much of the weekend. He out-qualified Vettel (something he only managed four times last year) and was quicker in the first stint. Only in the final stint on soft tyres did he seem to lose that edge, which could have been down to the fact he ran the longest stint at the end.

Between them Hamilton, Vettel and Raikkonen have nine world championship titles. This is the most titles held by the occupants of a podium with one exception, the 2012 European Grand Prix, where the top three had 10 between them: Alonso (two), Schumacher (seven) and Raikkonen (one).

Daniel Ricciardo had to settle for fourth place, meaning he has still not scored a legitimate podium at his home race: He stood on the rostrum in 2014 but was later disqualified on a technicality. As a consolation he took the fastest lap, the 10th of his career, giving him as many as champions Graham Hill, John Surtees and Mario Andretti.

Fifth place for Fernando Alonso and ninth for Stoffel Vandoorne meant that McLaren, in their first race with new engine supplier Renault, matched the best individual and joint results they achieved in three seasons with Honda. They took fifth and ninth in Hungary 2015, Monaco 2016 and America 2016. It was also the first time McLaren scored points in a season-opening race since the last time they didn’t have Honda engines, when Kevin Magnussen and Jenson Button were second and third in 2014.

Valtteri Bottas gained the most places of any driver in the race, moving up seven spots on his way to eighth place following his crash in qualifying. Renault made good on their pre-season aim of scoring points with both cars at every race as both Nico Hulkenberg and Carlos Sainz Jnr finished in the top 10.

However 11th and 12th for Force India meant this was the first time in 14 races they failed to score a point. There was no joy for Marcus Ericsson either, who is now one race away from going 50 in a row without scoring.