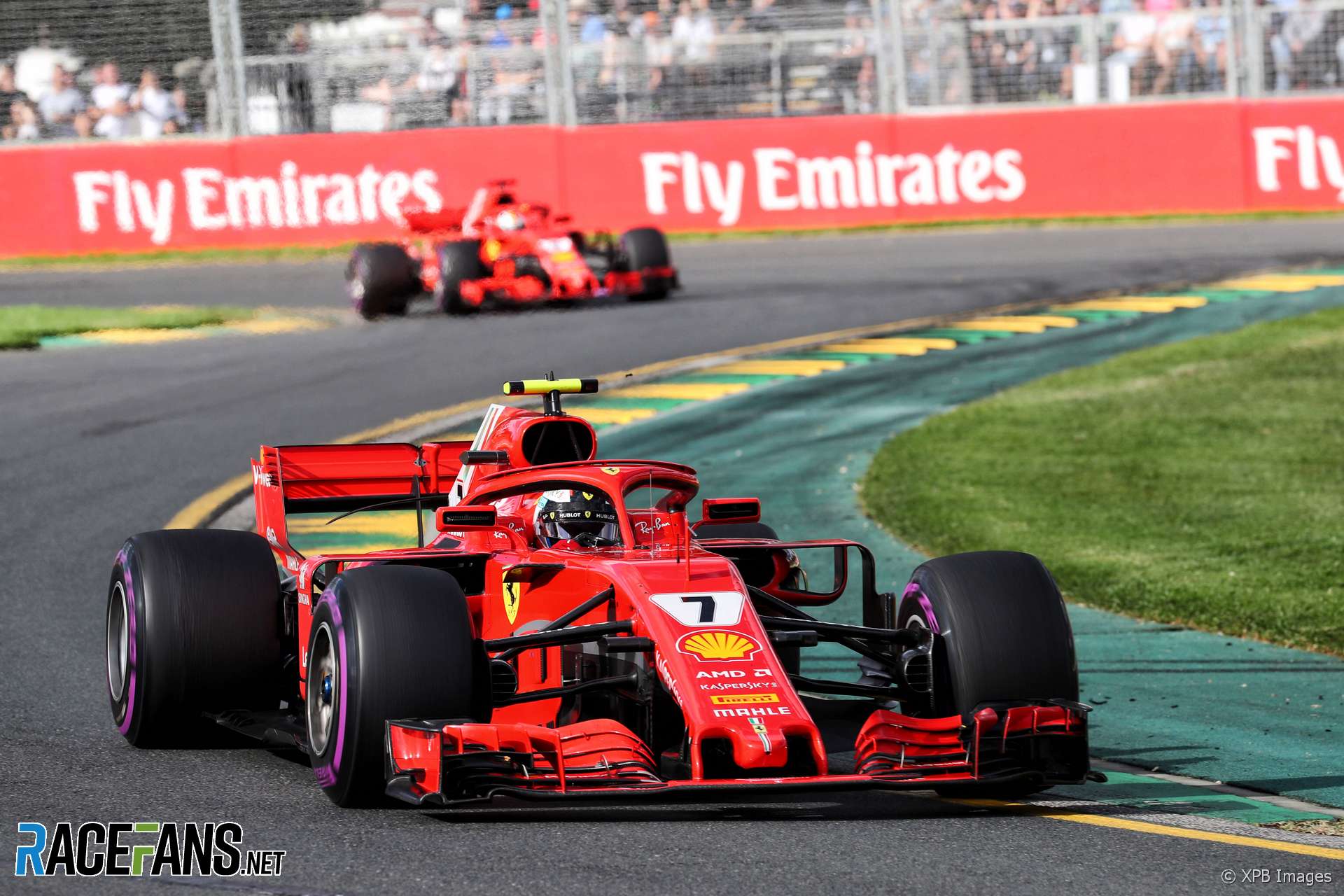 In the round-up: Lewis Hamilton is concerned how competitive Ferrari will be at the next round in Bahrain.

RaceFans broke new ground last weekend in several ways as we ramp up our Formula One coverage for the new season. We produced more content and covered the weekend in greater depth than before, but this is only the beginning.

One of the knock-on effects of this was that some of our regular race weekend features have been moved to different time slots. As a result a few pieces which would have appeared by now will come later in the week.

This is to allow us to give greater priority to news from the event, which we published much more of over the past few days. Among these was our scoop about FOM’s F1 TV Pro launch being postponed.

There is much more to come and you will notice new features and extra material again from the Bahrain Grand Prix in two weeks’ time.

Thanks to those of you who have helped make this possible in recent weeks have signed up to become RaceFans Supporters. Scaling up our coverage means increased costs at a time when revenue from advertising is falling. If you enjoyed RaceFans’ coverage of the Australian Grand Prix, please consider becoming a Supporter:

You can find all of our 2018 Australian Grand Prix coverage here – and there’s much more still to come:

Hamilton was asked for his view on how the championship will unfold based on the first race weekend of the year:

From my experience, I never know how it’s going to pan out. You don’t get a good understanding until after four races. Right now it’s just the first race, I have no idea.

We might go to Bahrain and there’s going to be ups and downs. Ferrari are really quick on the straights, they’re going to be rapid in the next race. They’re always good when it comes to hot circuits. Bahrain, even though it’s a night race, is still tough on the tyres.

I really have no idea. I can tell you it’s not going to be easy, that’s for sure.

"The sport is fundamentally broken. When I took on this role, I genuinely believed that we could win, but now I don’t know how we could do it. "

Bernie told me: 'This sport needs a dictator'. I think it needs a leader. (The Telegraph)

"It would be nice to get some underdogs up there. But we’ve got to, you know... put a structure in place that, you know... allows that to happen."

'Mercedes is playing with everyone', says despondent Marko (F1i)

"These engines are much further apart than 3 per cent apart. So the FIA has to act now."

This is the sort of bloke @RGrosjean is. Out of the race and looking out for his boys. Next time people want to have a dig at him remember this picture. This is what we see all the time. We will come back stronger pic.twitter.com/xrqjO5MdAa

It looked so promising but unfortunately ended far too early. F1 is brutal sometimes. We’ll fight back in Bahrain! 💪🏼 @HaasF1Team

It is just racing and things happen but… the look on their faces, the exhaustion, the reaction – does that not say what it means to them. #pitcrew #team there’s no need to crucify them

Interesting that a double muck up from "Ferrari replica" Haas has promoted Vettel into the lead. #Conspiracy

Ciao Melbourne ! P13, very happy with the whole weekend, so much learnt. A lot of positive to take to Bahrain ! Had a lot of fun with the few overtakes today. I already want to race again 🙈 pic.twitter.com/bB6zefzPOB

To be clear: the fine was levied in € as that is @fia (French) currency, not $ as you may read elsewhere. But @F1 annual revenues are disbursed in US$ as per team agreements. https://t.co/fBrWvY4a6l

So the first @F1 race with #Halo is complete. Is it unattractive? Yes. But, did the aesthetics ruin my enjoyment of the Lewis vs. Vettel battle for the win? No. Is it worth it to potentially save lives? 100%. #F1 #AustralianGP pic.twitter.com/MkPeEQpId4

Fun fact, there are emergency divers in the lake on the run to Turns 11 and 12. No doubt busy. #F1 #AusGP pic.twitter.com/93S5mKN2bg

Seriously @F1, I want lap times, and to see the gap between drivers and pit times. I do not need to see who is driving for which team. Not giving fans any information #f1

‘Massive industrial complexes ruining the sport.’ We don’t remember you complaining when you were winning all those races with top of the line Renault-power, Damon 😉

Er….I was in a @WilliamsRacing Those disgusting garagiste upstarts. Remember? And actually, I was acutely embarrassed that I won so much. Shame on me #f1 https://t.co/STQdJpU1My

ESPN’s coverage was widely criticised yesterday. Here’s an excerpt of what Joe had today:

All in all, this was exactly what we expected when we learned that ESPN was going to simply re-air the Sky feed. For some reason ESPN they think they can plug in the Sky feed and all go out for beers and burgers and come back two hours later and see if there is anything to do.

ESPN’s coverage was amateurish, unprofessional and one of the many clear indications as to why ESPN as a network is in serious financial trouble and clamoring for viewable and significant revenue producing content.

If ESPN thinks it can fill their networks with cheap to run third party feeds, presented in a choppy, poorly directed broadcast, all the while expecting viewers to tune in, then it will continue to circle the bowl until the network disappears down the drain of bankruptcy and either contracts significantly or signs off completely.

If this was a high school media and communications project, the people running this “broadcast” would be given an “F” and told to repeat the course.

At NBC, announcers Leigh Diffey, David Hobbs and Steve Matchett genuinely cared about what they were doing and tried to make the broadcast coverage interesting and appropriate for everyone from the first time viewer to the seasoned F1 enthusiast.

NBC as a network had the a professional approach that understood that to have entertaining, viewable and sport appropriate coverage requires a little investment of time, money and effort.

Sadly, it appears it will be a very long and largely unenjoyable few years of F1 until the ESPN contract runs out.
Joe Harvey

51 comments on “Hamilton: Ferrari’s straight-line speed will make them strong in Bahrain”