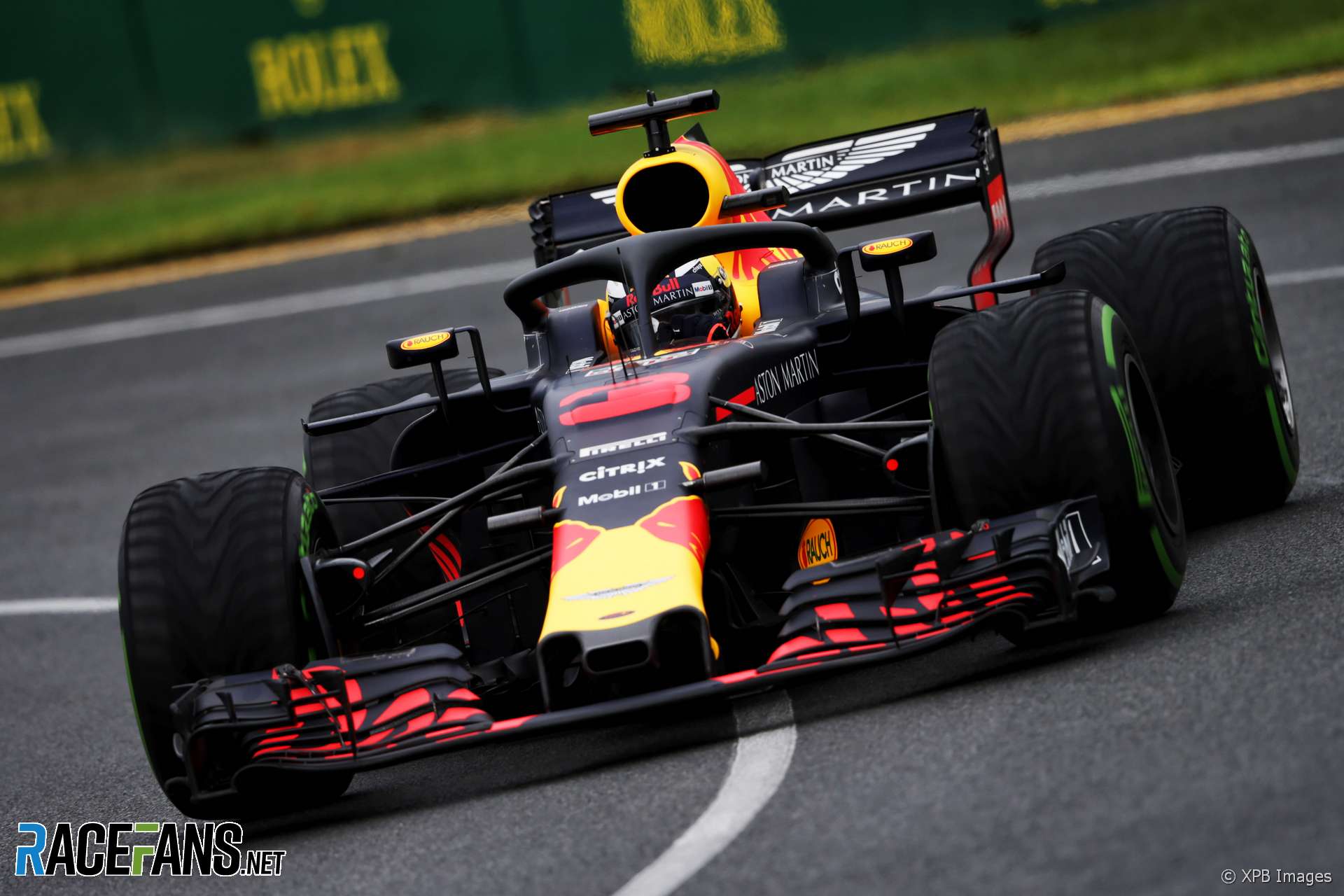 Ricciardo’s 1’25.945 on lap 53 was more than four-tenths of a second quicker than any other driver managed during the race. Horner said it was the only chance they had to assess their car’s true race pace on Sunday.

“We only got one lap to judge that on because every single lap of Daniel’s and Max [Verstappen’] was either looking at a Haas, a Renault or a Ferrari – or a Ferrari 2017 and a Ferrari 2018.

“We’ve got one lap in the grand prix to judge our pace which we set the fastest lap of the race on. So I think our pace is… we’ve got a quick race car. We were just unfortunate today, particularly on this track not to be able to use it.”

Horner also drew encouragement from the reliability the RB14 showed on its race debut compared to their previous cars.

“It was the first time in the hybrid era we got two cars to the finish [in the first race],” he said.

“We got the fastest lap of the race and that wasn’t through putting a set of ultra-softs on at the end, it was genuine pace. I think we’ve got a quick race car.

“Today finishing fourth, just off the podium, is always frustrating, particularly for Daniel when it’s his home race. I think there’s a lot of positive we can take out of this weekend.”