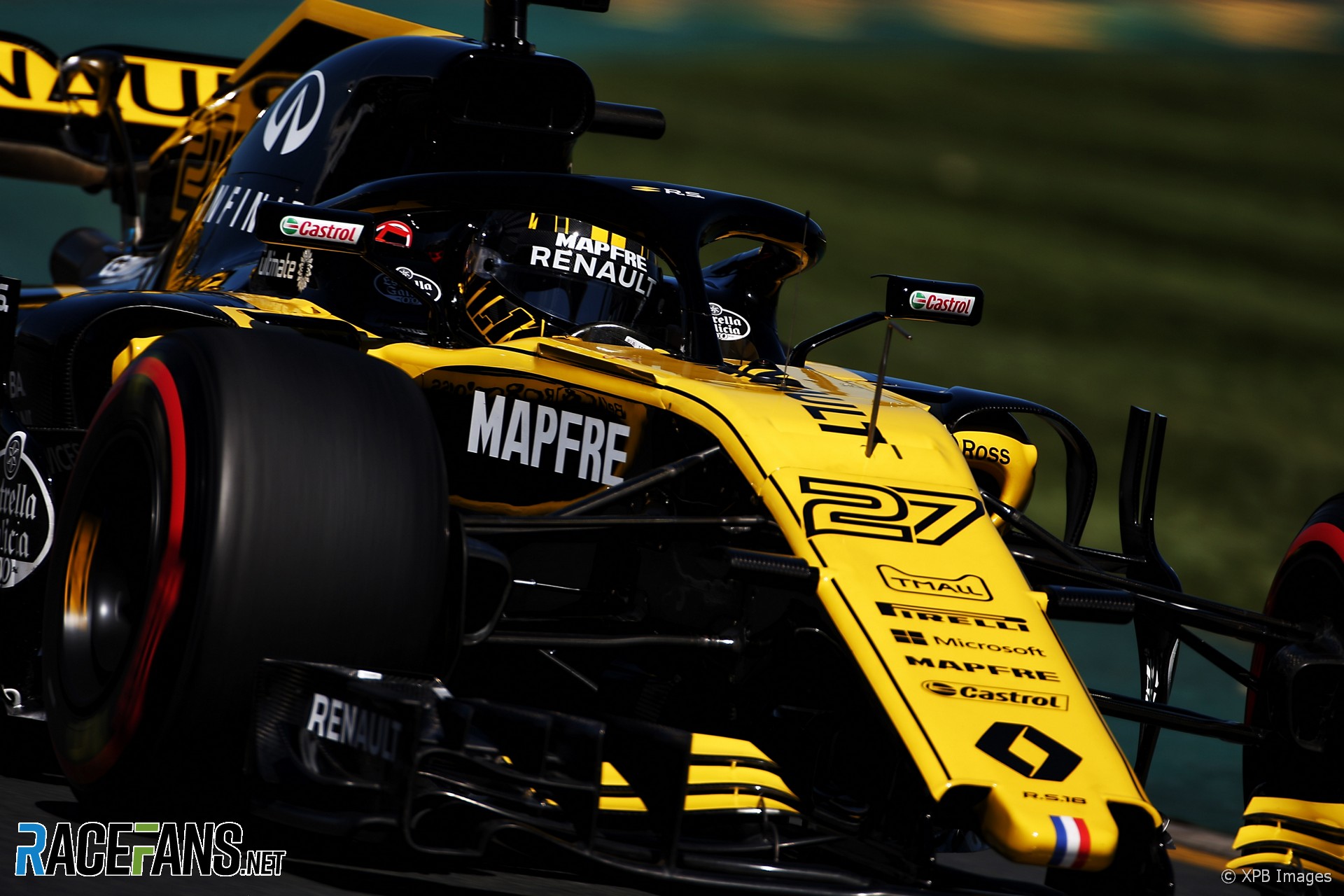 Both Renaults reached Q3 and finished in the points at Albert Park but Hulkenberg said he is concerned by “the gap to the front.”

“These guys are kind of flying,” he said. “We wanted to close the gap over the winter, that was our aim and if anything it looked like the gap was bigger, even in qualifying. That’s not so great. Got a lot of work to do.”

However Hulkenberg said the team should be satisfied with its result in Australia. “We got a bit lucky on one side with the Haases dropping out, a bit unlucky during the Safety Car, we got jumped by Fernando [Alonso] because he had help with the Safety Car.

“Otherwise we would definitely have been ahead of him. The pace of the car today was really good and competitive. That’s the good news.”

Analysis of lap times in Melbourne indicated Renault has made the biggest year-on-year gain of any team, lapping 1.9s faster than they did in 2017.

Renault’s technical director Nick Chester said they “were expecting that the top three teams would have a gap and that it would be a fight between us, McLaren and Haas at the top of the midfield.”

“It looks pretty much like that. We were reasonably encouraged because I think if you look at Carlos [Sainz Jnr’s] Q2 lap, he knew he had a poor Q3 lap, then he could have been in front of the Haases. We’re a bit quicker than McLaren so it wasn’t bad. We’re in a position to get to the top of that group and behind the top three teams which is where we wanted to be.”

The performance of Haas was one of the big talking points of the first race weekend but Chester expected they would have a greater advantage over the rest of the midfield.

“We thought it was a bit bigger in the second week of winter testing so we were a bit worried about it. But actually it looks like, if you take Q2 as an example, we can be as quick and we’re hoping to add development from there.”

“Aerodynamically we know there’s some areas we want to improve in,” he added. “Just improving the overall load and consistency across the whole range of operating conditions the car sees. That’s sort of normal development. There’s a few interesting ideas on other cars we’ll start pursuing.

“Engine side, Viry have got a development plan through the year to bring two or three upgrades. That’ll be good because there’s still a bit of a power deficit. We’ll hopefully close that a little bit.”