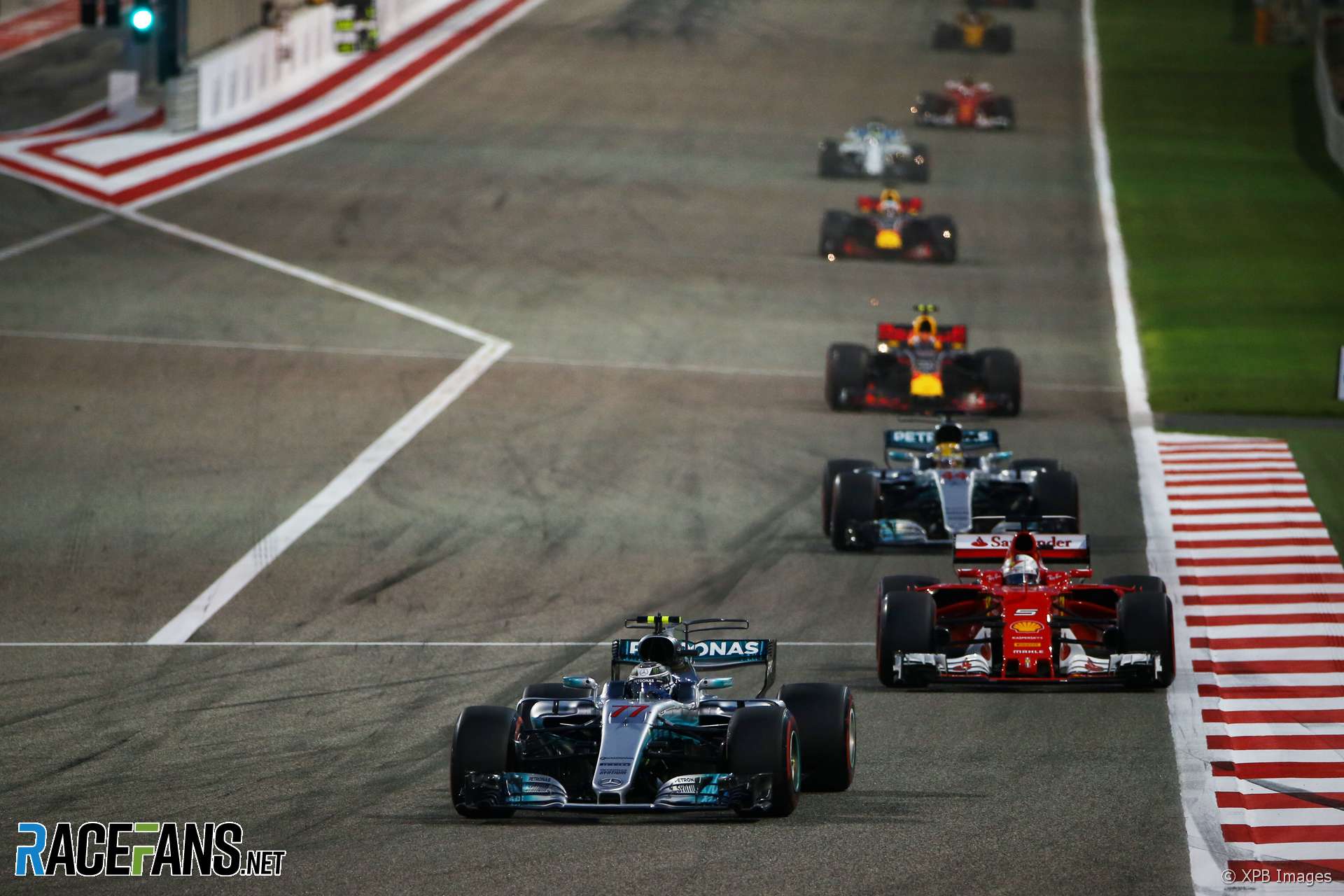 Teams will have to cope with hot track temperatures for the first time this year at this weekend’s Bahrain Grand Prix.

The usual very warm conditions are forecast at the desert circuit. Air temperatures will reach 30C on all three days. Qualifying and the race take place after nightfall, but even then the track should be warmer than it was during the last race in Australia.

However this also means the first and third practice sessions, which take place during the daytime, tend to be particularly poor guides to qualifying and race form.

Australia gave us some indications about the temperature sensitivity of this year’s cars. Valtteri Bottas suspected Mercedes did not get its cooling calculations right in Melbourne which meant his engine temperatures rose too high when he followed other cars closely.

Lewis Hamilton reported the same problem, as did fellow Mercedes user Lance Stroll. In Stroll’s case, his engine was over-stressed during practice which compromised how he was allowed to use it in the race.

As the teams have little to learn during the first and third practice sessions, and will not want to risk damaging engines which have to last seven races, we may see less practice running than usual. Last year drivers did around 20 laps each in first practice and around a dozen in the third session.

Track temperatures were on the cool side in qualifying at Melbourne and the warmer weather expected on Saturday should give a better guide to the cars’ performance. In particular Romain Grosjean believes Haas will perform better in warmer conditions.

Another weather factor which could play a role this weekend is the wind, which can come on in stiff gusts around the desert course. In Melbourne both Renault drivers reported their car felt particularly sensitive to changes in wind.