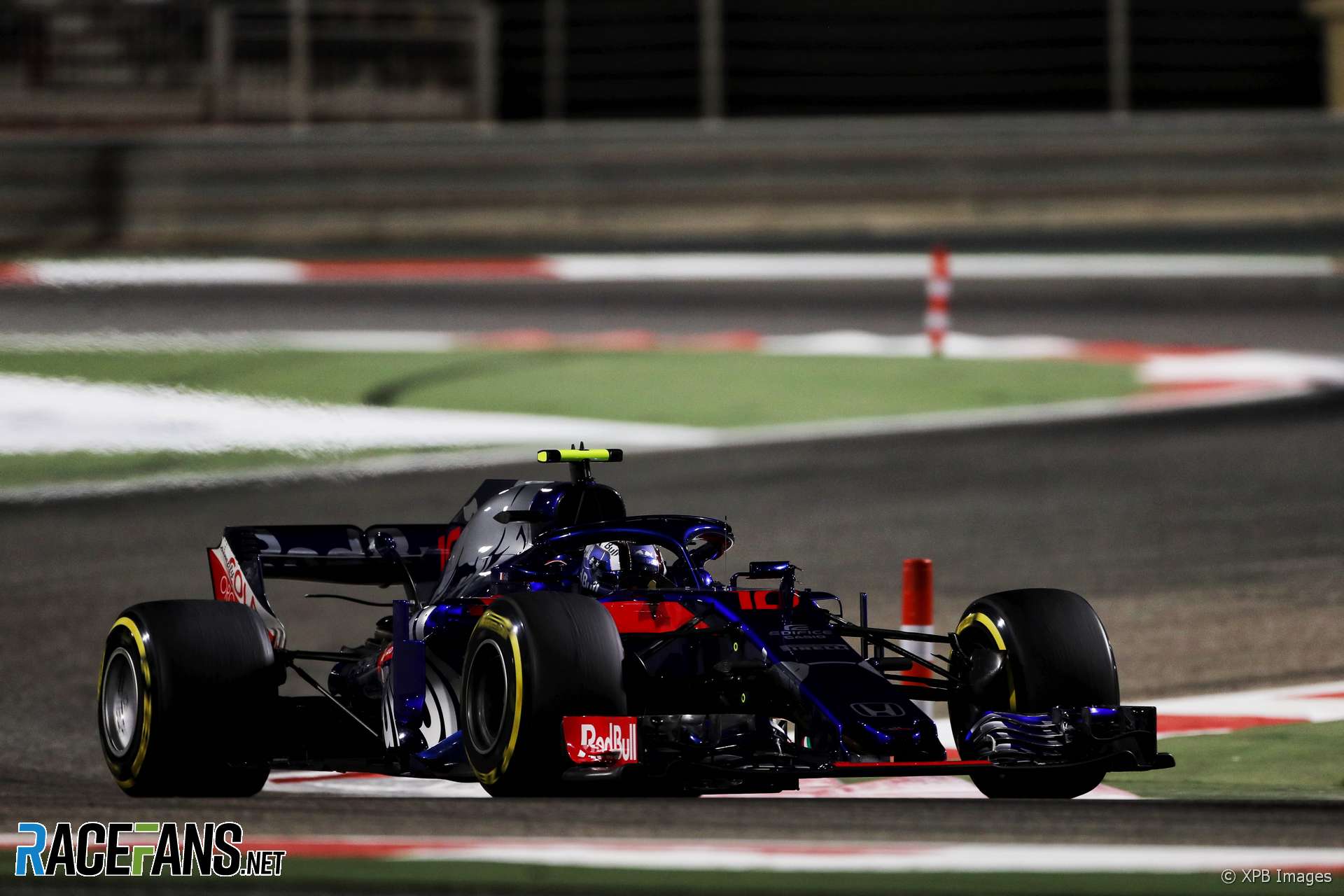 Toro Rosso’s strong showing in practice for the Bahrain Grand Prix is mainly down to the track suiting them better according to Pierre Gasly.

The 22-year-old ended the second practice session eighth on the times sheets. He doubts much the performance they have found comes from the new parts on the STR13 this weekend.

“It’s more the track,” said Gasly. “The new parts we are talking about half a tenth, less then a tenth. It’s not a big difference. For sure I’ll take that because it’s so tight between everyone, it’s always nice.

However Gasly is wary the team’s rivals will make gains on Saturday.

“We need to make another step forward because as we know the teams make quite a big step from Friday compared to Saturday. Some of them have probably party mode as well like Mercedes.

“I expect the others to make a step forwards. Hopefully we can make some improvements and stay more or less where we are tomorrow.”

Gasly said the team “can’t get too excited” about its performance yet. “It’s only Friday and everyone hides their true performance.”

“For sure it’s positive and also in terms of feedback and balance we can see a lot of improvements. I think Brendon [Hartley] had a harder day but on my side I feel much better in the car than I was in Melbourne.

“Melbourne is always quite special. It’s a really bumpy track, you need to run the car quite softly there to deal with all the bumps and it didn’t really suit our car.

“Bahrain is a smoother track, a bit closer to Barcelona, we know that in these kind of tracks we are a bit more competitive. We are learning a lot about the tyres. I think I’m getting stronger and making our package much stronger. Hopefully we can keep this.”