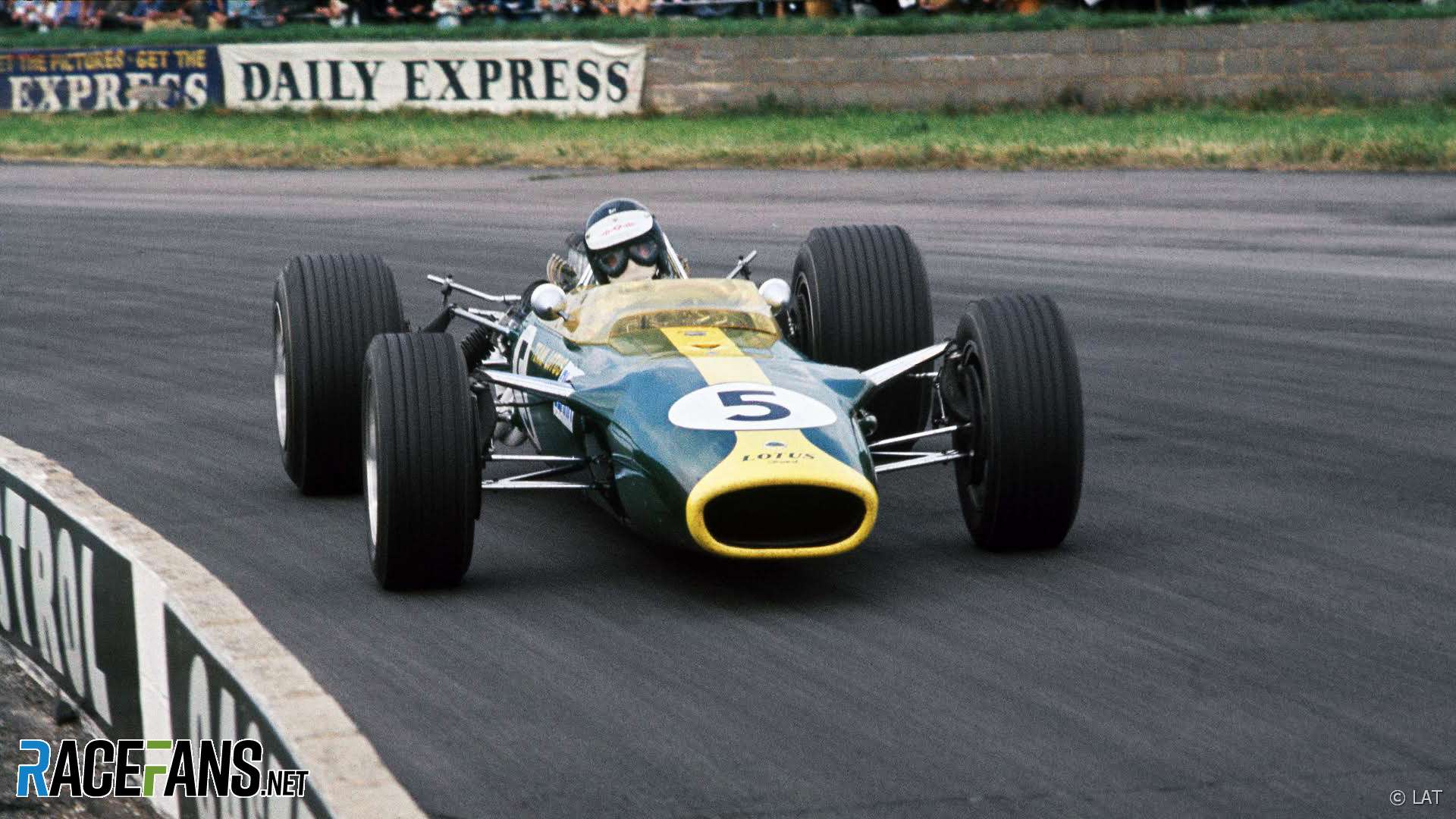 A crash in a Formula two race at the Hockenheimring 50 years ago today claimed the life of Jim Clark.

The motor racing world lost one of its greatest talents: A man who had won two Formula One world championships and the Indianapolis 500, and demonstrated his versatile racing in numerous other classes.

In the days when Formula One team members numbered little more than a handful, those who worked with Clark had the opportunity to get to know him very well. Among them was Cedric Selzer, who recalled his time with the farmer-turned-racer in an interview with RaceFans.

Unsurprisingly, Selzer is well used to being quizzed about his time with Lotus’s star of the sixties. “Everybody asks what was Jim Clark like and I always say ‘he was bloody quick’,” says Selzer.

He describes Clark as “a bit of an introvert” but one whose technical ability for driving a racing car developed quickly.

“When I first started working in ’61 he knew if the car understeered or oversteered but didn’t know what it was. Come ’63, he could says ‘I want another pound in the front tyre and a thicker roll bar on the back’ and go out and he was half a second quicker. He understood the car more.”

Clark’s rise to prominence coincided with a change in F1’s engine regulations which downsized their capacity to one-and-a-half litres. A delicate touch was required to get the best from the new generation of cars which arrived in 1961.

“Stirling Moss said to me one thing Jimmy had, he was very light on the car, light on the steering,” Selzer recalls.

“With a 1,500cc engine – grossly underpowered – they varied between 180 and 210 horsepower, you couldn’t scrub the speed off. You had to be very precise with the car. And that’s where Jimmy was so quick. He had this absolute natural ability.”

Selzer had been a racing mechanic in Cape Town, South Africa and made his way to F1 thanks to Moss, who put him in contact with the British Racing Partnership team. Although there was no vacancy there, a trip to Monaco yielded the break Selzer was looking for.

“After the race you could actually walk on the circuit in those days. I said ‘where does everybody drink?’ and they said the Tip-Top bar. So I took myself off to the Tip-Top bar and said ‘I’m looking for a job’. And it just so happened Lotus were short of a mechanic.”

A month later Selzer was on the Lotus payroll as a mechanic. “The first grand prix I went to was Spa in 1961 with David Lazenby who was well-known with the IndyCars. He and I looked after Jimmy’s car in ’61.

“In ’62 I looked after Trevor Taylor’s car virtually on my own. And then at the beginning of ’63 the team was split between Indy and Formula One and we had a choice [which] to do. And I thought to be stuck in America for months on end wouldn’t be my end. I said I’d do Formula One. Colin Chapman said would I like to look after Jimmy Clark’s car this year. I said that’d be fantastic.”

By 1963, armed with Colin Chapman’s pioneering 25 chassis, Clark and Lotus were poised to dominate Formula One. “We won seven out of 10 grands prix,” Selzer recalls. As drivers could only count their best results result this year, Clark uniquely became the only driver in F1 history to score the maximum points available in a season.

Arguably, only reliability kept Clark from a clean sweep. A seized gearbox put him out of the lead in Monaco, an engine problem confined him to second at the Nurburgring, and a dead battery meant he started a lap down at Watkins Glen, where he nonetheless came in third.

By this point Selzer “virtually looked after Jimmy Clark’s car on my own” in a team which was incomparably tiny by today’s standards. “There was only five of us in total. There was Dick Scammell, who went to Cosworth, we had a gearbox mechanic, and three others who looked after the two cars and the spare car. You virtually built the car yourself and maintained it and raced the car.”

Clark’s crushing 1963 campaign alongside Selzer included successes outside the world championship. “We won a lot of other races besides, non-championship events,” he adds. These included victories at Pau, Imola, Silverstone, Karlskoga, Oulton Park and East London.

He repeated his championship success in 1965, the final year of the one-and-a-half litre engine regulations. However the doubling of engine capacities the following year left Lotus without a suitable engine. Though Clark somehow magicked a win out of BRM’s heavy, underpowered and unreliable H16 power plant, it wasn’t until the arrival of the Cosworth DFV in 1967 that he was able to regularly challenge for wins again.

Clark was just 32 years old when his car inexplicably plunged into the Hockenheim forest on April 7th, 1968. His final Formula One appearance saw his 25th world championship race win from 72 starts.

“I went to a cocktail party and Fangio was the guest of honour. He was speaking to me about Jim Clark, obviously via an interpreter. And he said ‘in my opinion Jim Clark was the greatest racing driver ever’.”

“And coming from Fangio, what else can I say?”

Cedric Selzer’s memoir of Jim Clark, “If you come second you have lost”, is available for £13.65 with proceeds going to Marie Curie Cancer Care. Read RaceFans’ review here. For more on Selzer’s recollections of Clark see this interview by Aleš from GPFacts.

6 comments on “‘Fangio said he was the greatest ever’: Jim Clark remembered, 50 years on”