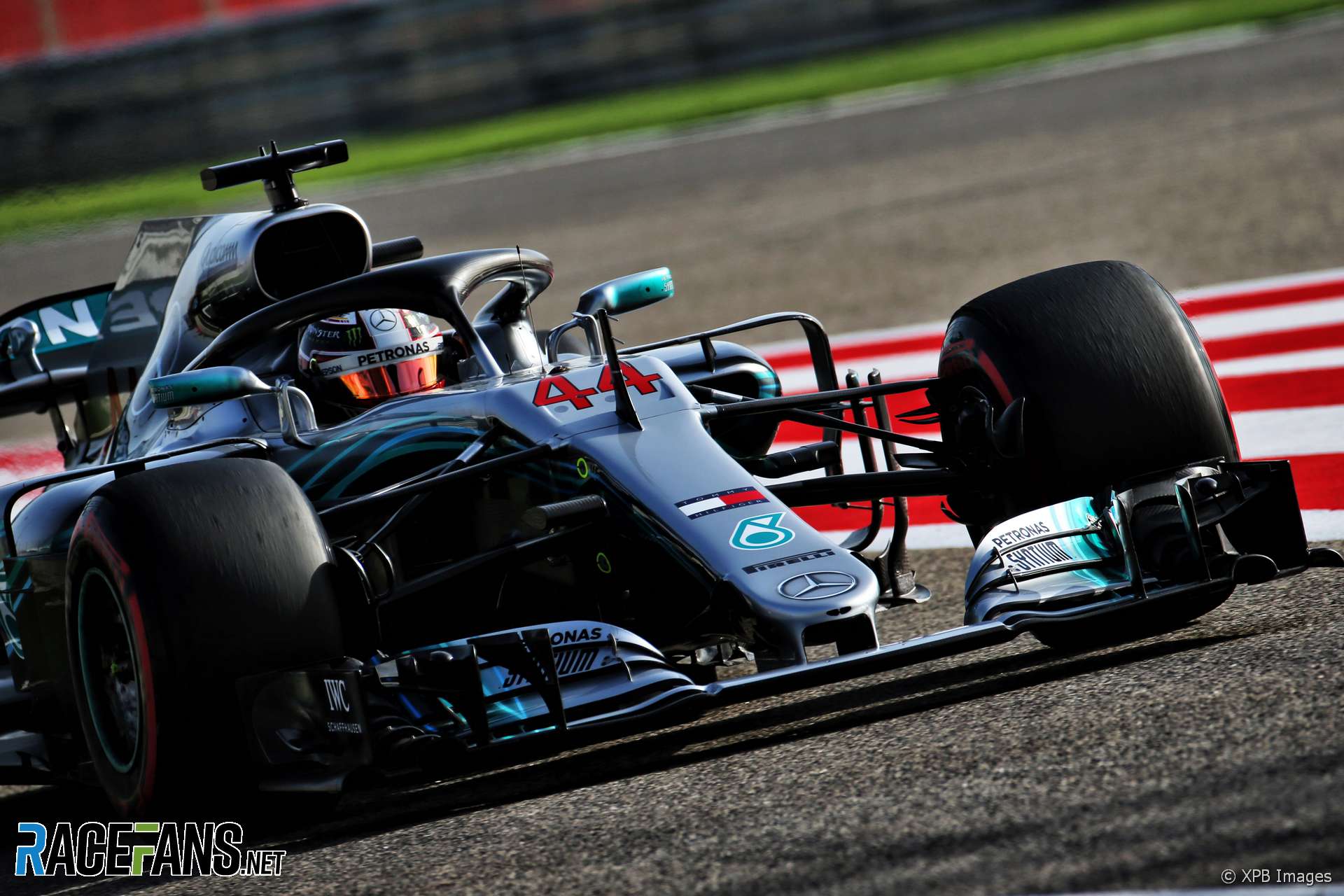 The Mercedes drivers qualified third and fourth in Bahrain. But Hamilton will start ninth after his five-place grid penalty for a gearbox change is applied.

“I guess it ultimately proves everyone who said we had a party mode in the last race wrong,” Hamilton told Channel 4 in Bahrain.

“Ferrari have done a great job this weekend this weekend, they’ve got the pace. It’s been a difficult weekend for me overall so I hope tomorrow I can turn it upside down.”

Hamilton said there were “a few places” where Mercedes were lacking performance compared to their rivals. “Ferrari are just quicker in general everywhere. They’ve been a bit better with their tyres, they always are in hot places like this.”

“I think we come to a hotter circuit and often the gap closes up a little bit,” he added. “Ferrari’s maybe got an upgrade, their engine mode is easily as good as ours this weekend, as you can see all the straights they’re just as quick if not a bit quicker.

“And when you get to a hot circuit it’s really difficult to keep the temperatures low in the tyres and that’s something they’ve always been good at.”