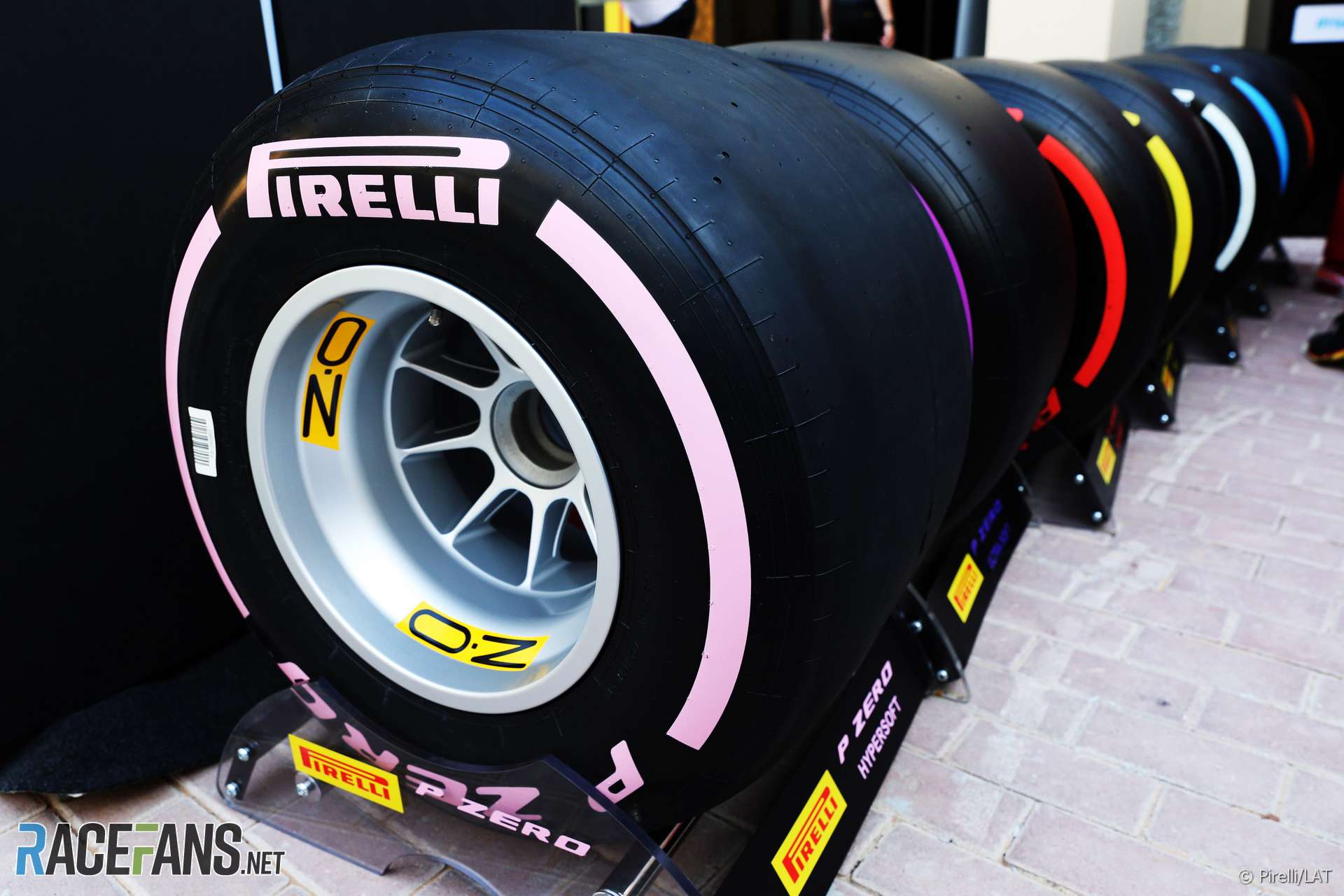 Pirelli has announced it will reduce the tread depth of its tyres at three of this year’s races in order to run softer tyres.

F1’s official tyre supplier will bring tyres with lower tread depths to the Spanish, French and British Grands Prix. The planned 0.4 millimetre reduction will reduce the weight of each four-tyre set by one kilogram, according to Pirelli.

The change has been made in response to the resurfacing at the three tracks. As a result the available grip has increased and tyre wear has decreased.

“With a lot of grip obviously the lap time is improving a lot,” said Pirelli’s head of motorsport Mario Isola. “We saw the lap time in Barcelona was during the pre-season test three seconds quicker than last year. That is incredible.”

“But the point is that we keep a lot of rubber on the tyre. Obviously with low wear the tread is there, we are not wearing the tyre. This means that we have very high temperature in the compound. So to try to reduce temperature because of the new Tarmac, the same Tarmac we have at Paul Ricard and Silvcerstone, we asked for a small reduction in tread thickness with the target to reduce a little bit the temperature.”

“We tested this solution already last year and in terms of performance or other consequences they are almost transparent.”

Isola said the change was “a recommendation that we ourselves brought to the FIA – as we have done in the past at some races – because it is less disruptive than nominating harder compounds, which was the alternative.”

“Apart from making a set of tyres weigh around one kilogram less, there is no appreciable difference in performance; so in effect this is an ‘invisible’ change. It only applies to the three races in Spain, France and Britain: there is no alteration to the tyre specification planned for any other events.”