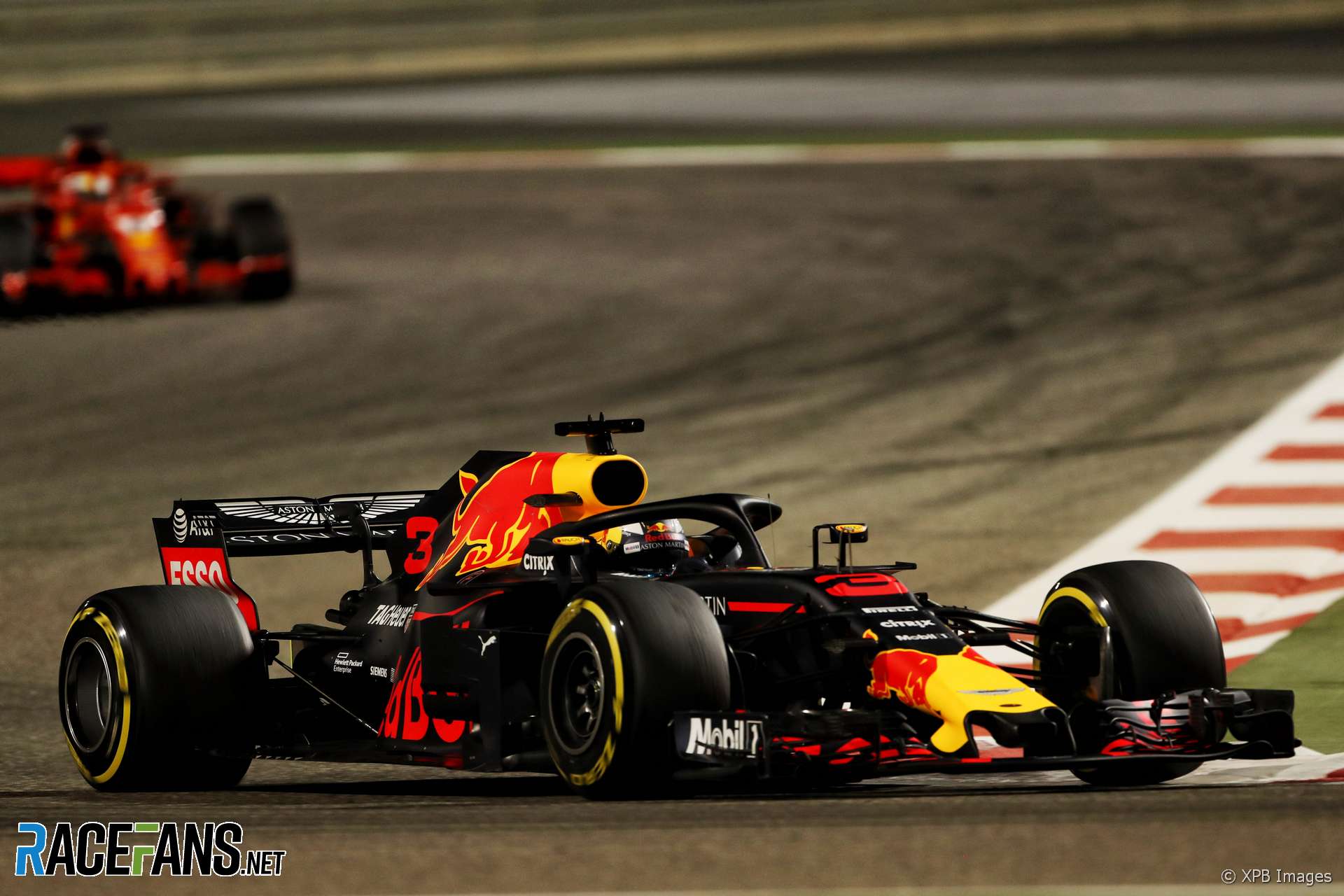 Daniel Ricciardo says Red Bull weren’t quick enough to be contenders for pole position in Bahrain despite qualifying within half a second of the front-runners.

After the first runs in Q3 Ricciardo was just three-tenths away from pole position. He dropped further behind on his final run but doesn’t believe the car was capable of beating the Ferraris or Mercedes.

“I guess part of me is frustrated because I’m still on the tail of that pack,” said Ricciardo. “And you look at four tenths and [think] it’s only four tenths but realistically I didn’t lose pole today, personally.

“The middle sector on my last lap was a tenth or two slower, I could have been maybe a tenth up the road but it still didn’t change the outcome. Generally I was pretty happy with it and to see the top five around four tenths its been a while since we saw that.

“Hopefully it stays like that in the race, we can bang wheels and have some fun.”

Ricciardo added he’s “not surprised Ferrari’s quick around here – weirdly it’s always been a strong track for them, at least from my memory.”

“But I thought Mercedes would’ve been quicker in quali. Looked like they were struggling a bit throughout the weekend for their standards. I thought in quali they would’ve turned it up. Maybe they chose not to use that mode this weekend to take the attention off, maybe they’re just playing the game.”

Red Bull’s rivals still have an advantage on the straights, he said. “I guess we lose all our time in sector one. I think they were doing 27.9 or 28.0 and I was like a 28.3. Most of the lap time was there.

“I think second and third sector we’re pretty close. It’s encouraging, the car seems decent, like it was in Melbourne, the chassis seems alright.

“With the engines not using quali mode tomorrow I would hope that it brings it really close.”