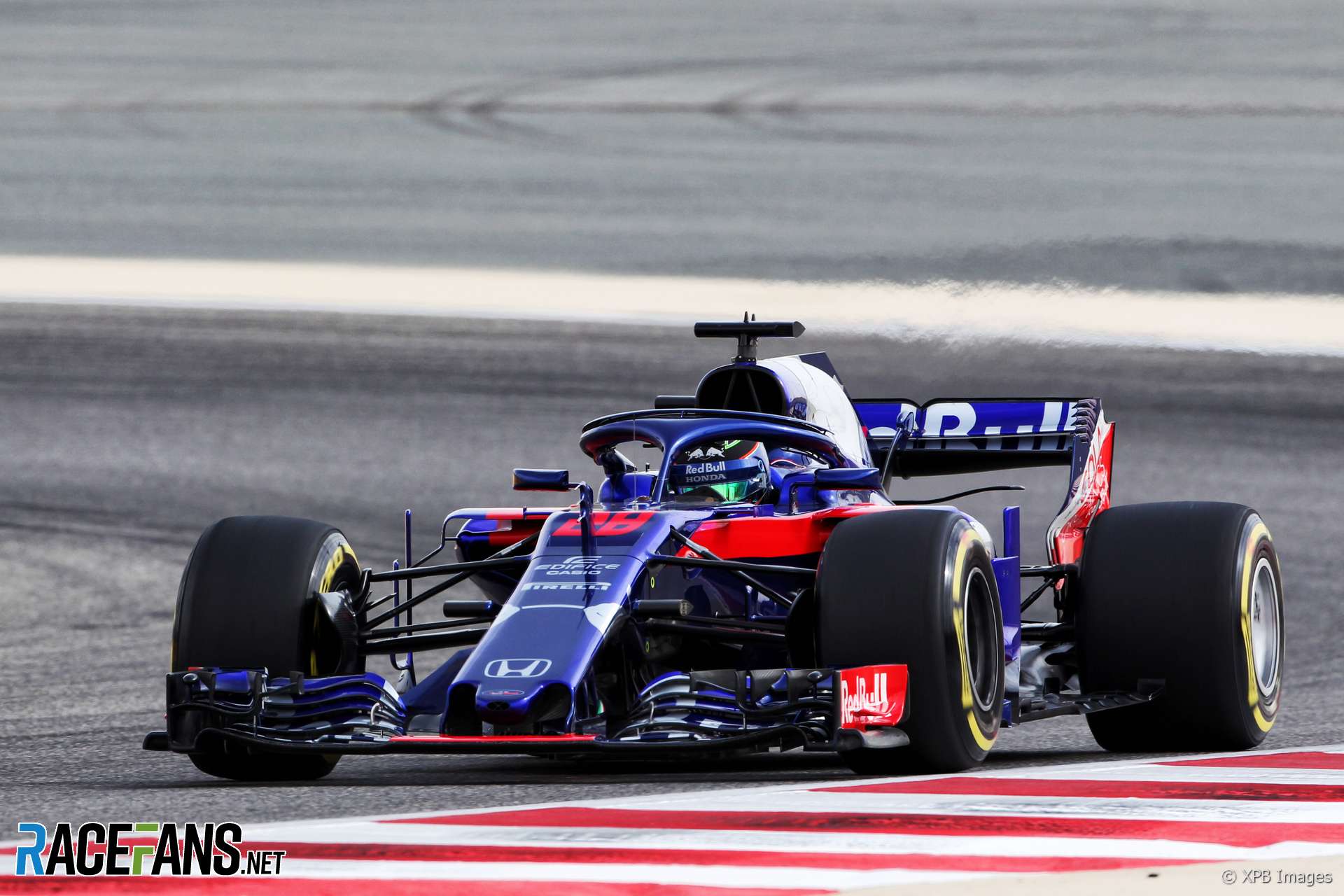 The upgrade Toro Rosso has brought for the Bahrain Grand Prix weekend is performing much better than expected, according to Brendon Hartley.

Hartley’s team mate Pierre Gasly took fifth on the grid for Sunday’s race while Hartley came close to joining him in Q3. However Gasly received the upgrade before his team mate.

“It was an awesome job by the whole team,” said Hartley. “Obviously I’ve been on the back foot only getting the update for today so Pierre got to use that all of yesterday. But the fact we have so much performance is really, really encouraging.”

The new aerodynamic package, which includes revised barge boards, has given the team a big step forward, said Hartley.

“The estimate from Toro Rosso of the performance from the upgrade was quite small and it ended up being a lot larger than they estimated which is also fantasticm,” he said. “It’s normally the other way.

Hartley failed to reach Q3 following a bizarre incident during Q1. “I destroyed my front wing with a bird,” said Hartley. “I then put three sets of tyres in Q1 which only left me one set of tyres for Q2 which obviously wasn’t helpful.

“But I couldn’t control that. I didn’t see the bird, I doubt he’s still alive but the wing was also destroyed.”

“I had no front downforce,” he added. “I told the team we needed a lot more front wing and they told me we had a hole in the front wing. And I was two seconds off the pace. That was a wasted run and then we had to spend another set of tyres.”

Hartley then had to complete his Q2 with a single set of new tyres.

“The lap in Q2 was pretty good. A small mistake in the last sector. But obviously only having one set in Q2 after destroying the first set didn’t help. I think I was one-and-a-half, two tenths off Pierre’s time. Quite honestly, really encouraging. I get a new set of tyres for the start tomorrow, P11, we have to be focusing on points.”