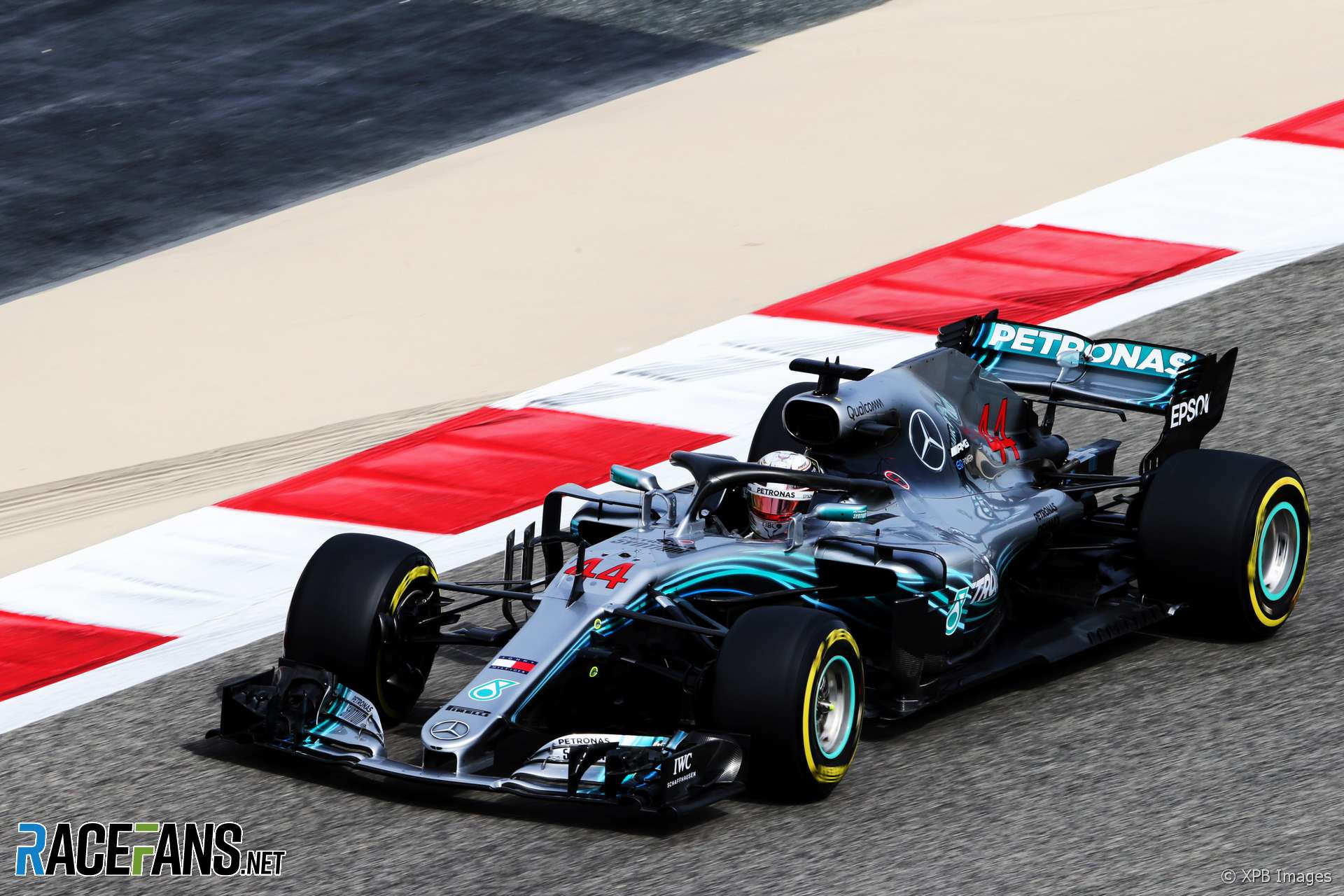 Ferrari swept the front row of the grid for the Bahrain Grand Prix and is gunning for a maximum haul of points in Sunday’s race. Can anyone stop them?

“On pure pace the two Ferraris are clearly the favourites,” reckons Mercedes executive director Toto Wolff.” His cars should occupy the two spaces behind them but Lewis Hamilton’s gearbox change penalty means Valtteri Bottas is joined by Daniel Ricciardo on row two.

“Daniel is an extremely strong racer and I can see him in the mix therem” Wolff predicted. “And it’s going to be interesting to see how Valtteri is able to get off the line and drive hard, and Lewis coming back. But from pure pace I would say the Ferrari is the fastest car here in Bahrain.”

“Turn one, turn two was much quicker than mine,” said Hamilton. “The car was just obviously very stable.”

“Similar pace turn six and seven, then turn eight I think he was just really able to stop the car and get back on the power very strong there. Very clean through turn 10, turn 11 was normal. It didn’t look like anything spectacular, anything like that, it was a very clean lap. There were a couple of areas that they were quite a bit stronger than us, I think.”

Unusually the third tyre compound, the medium, also looks like a reasonably possibility for the race. A two-stop strategy is expected to be the fastest strategy for those at the sharp end, but could Hamilton try a one-stop soft-medium strategy?

This is likely to depend on how effectively he can make his way past traffic early in the race. If he can get in free air and run long on his softs then staying out could make sense, particularly as he hasn’t been able to stockpile any unused super-softs.

Ptherwise the temptation to wild the ‘undercut’ to gain positions will be strong. The high degradation is likely to make the effect of the ‘undercut’ strong.

Ricciardo believes a one-stop strategy is “possible, I’m just not sure it’s quicker.” However his team mate Max Verstappen, who like Hamilton is also starting ‘out of position’ following his Q1 crash, could try it.

“I think he definitely can get there on distance, it’s just whether it’s quick,” said Ricciardo. “On tyre life I think he can do it, and I think he will try.”

Can Ferrari convert their front row lock-out into a one-two? Will overtaking prove easier than it did in Melbourne? And who will lead the midfield fight?

17 comments on “Will Hamilton or Verstappen be tempted to one-stop?”