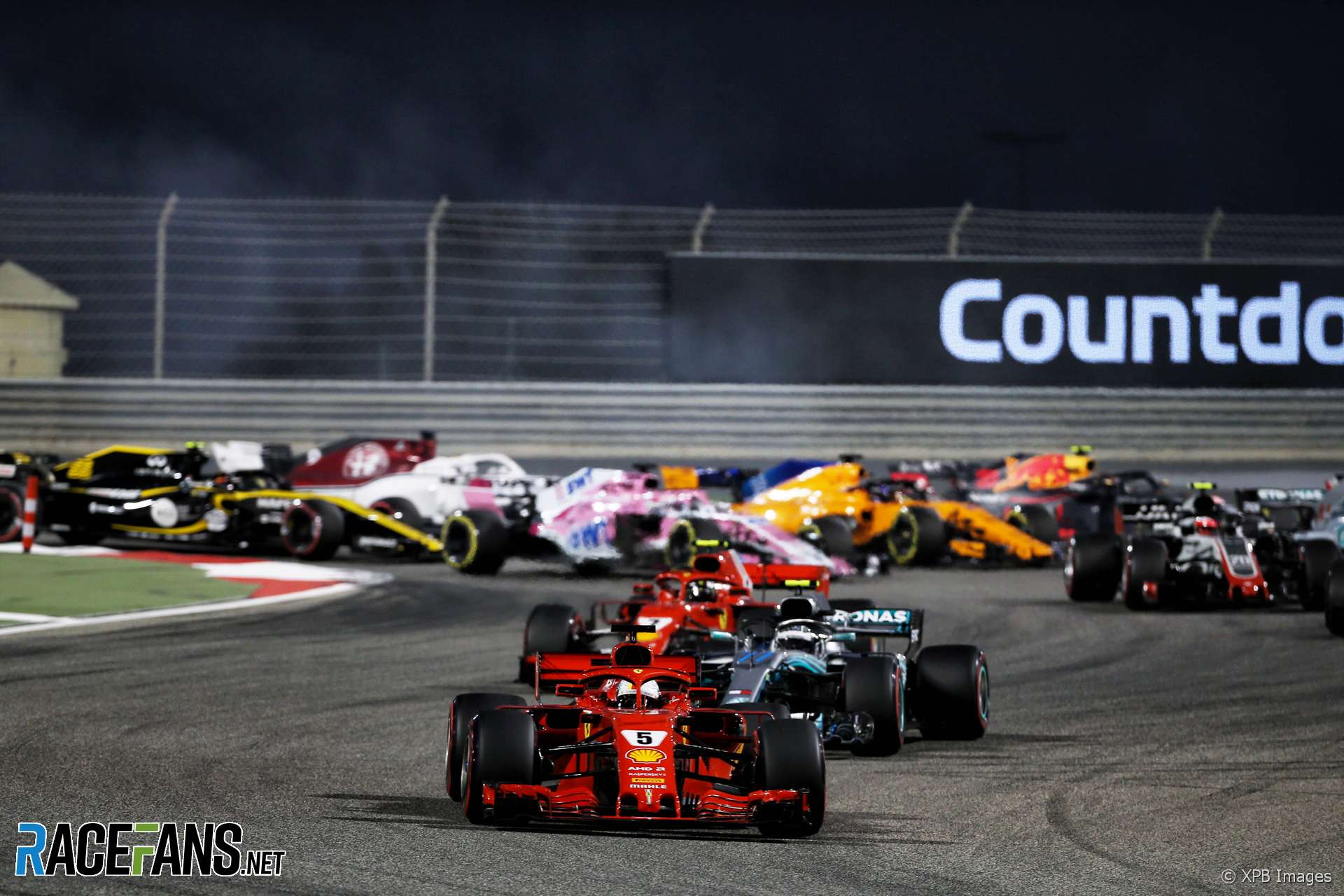 Sebastian Vettel won the 200th race of his Formula One career after soaking up pressure from Valtteri Bottas in the Bahrain Grand Prix.

The Ferrari driver came under strong pressure after the team scrapped plans for a second pit stop and left him out until the end of the race on what they described as “Plan D” on the radio. He crossed the finishing line less than seven tenths of a second ahead of Bottas, who made an unsuccessful attempt to pass the Ferrari as the final lap began.

Lewis Hamilton recovered from ninth on the grid to take third place after emerging from the midfield scrap early in the race. Like Bottas he switched to the medium compound, making a single pit stop as Mercedes tried to put Ferrari under pressure.

Ferrari brought Kimi Raikkonen in for a second pit stop but he never made it back onto the track. He was released from the pits before his left-rear tyre had gone on and has to stop in the pits. The team is yet to confirm details of the condition of a mechanic who was knocked to the floor by the car as it left.

Raikkonen’s demise promoted an elated Pierre Gasly to fourth place for Toro Rosso. Gasly finished 12 seconds clear of Kevin Magnussen, who ran wide after tangling with his rival following a restart from a Virtual Safety Car period early in the race.

The VSC period was triggered by the sudden demise of Daniel Ricciardo’s Red Bull, which suffered a total electrical shutdown. It came moments after the team’s other car suffered a puncture in a collision with Hamilton. Max Verstappen later retired from the race with damage.

Both McLarens reached the top 10 in the race again, Fernando Alonso seventh ahead of his team mate, and one place behind Nico Hulkenberg. Marcus Ericsson took his first points of the season with ninth for Sauber after an audacious early pit stop, while Esteban Ocon claimed the final point for Force India.