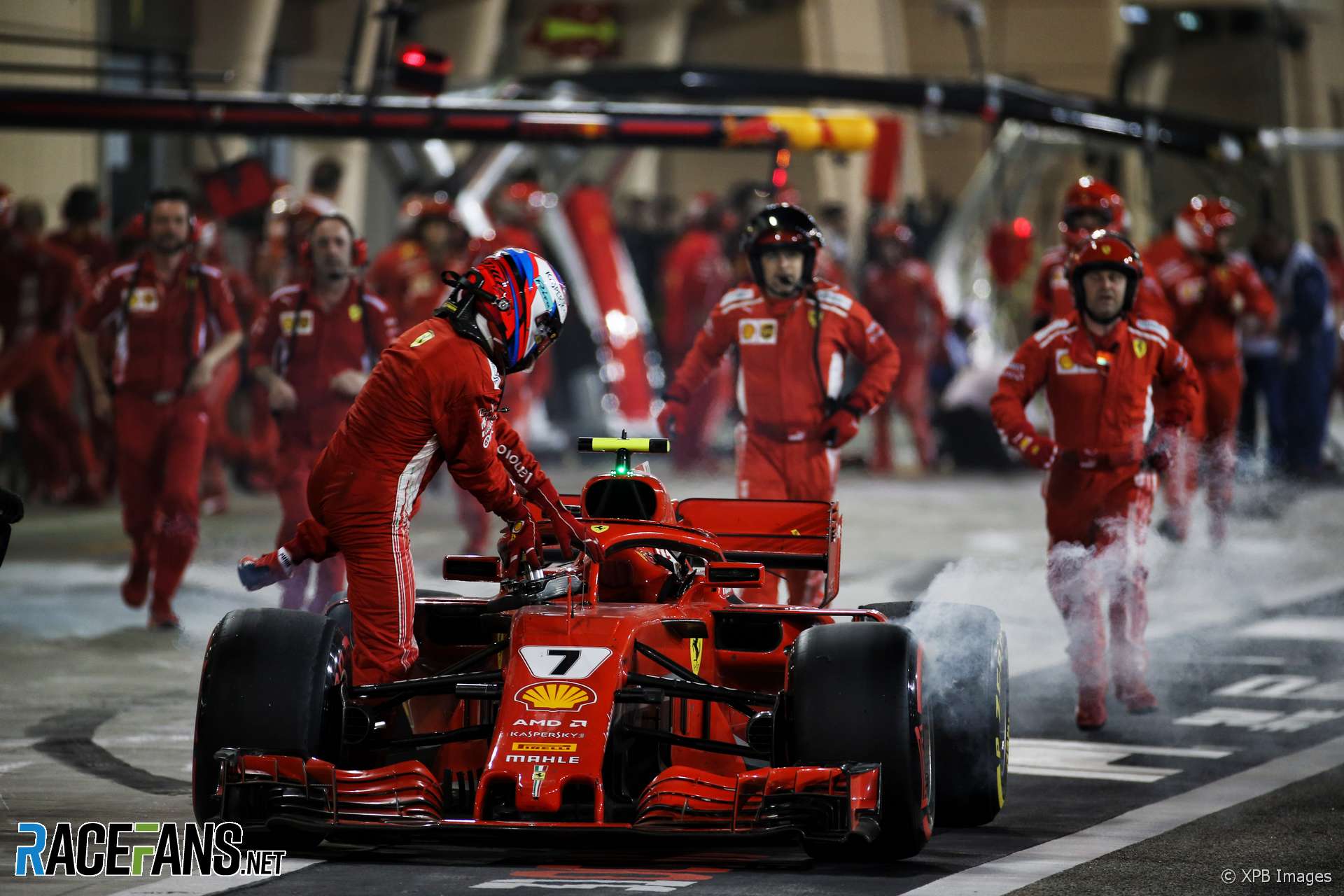 Ferrari mechanic Francesco Cigarini has been taken to hospital in Bahrain with a suspected broken leg after being hit by Kimi Raikkonen’s car during a pit stop in today’s race. The team confirmed he suffered breakages of the shinbone and fibula in the incident.

Raikkonen stopped in the pits and was unable to continue. Afterwards he confirmed he saw the green signal to leave before setting off.

“I don’t know what shape he’s in, for sure it’s not great for him,” he added.

Ferrari is under investigation for releasing Raikkonen’s car from the pits in an unsafe condition.

Update: Cigarini posted a picture of himself on social media recovering after surgery in Bahrain. “Surgery OK,” he wrote. “I have to thank all the people worried for me. Nothing else, just a big thanks. Hugs!”