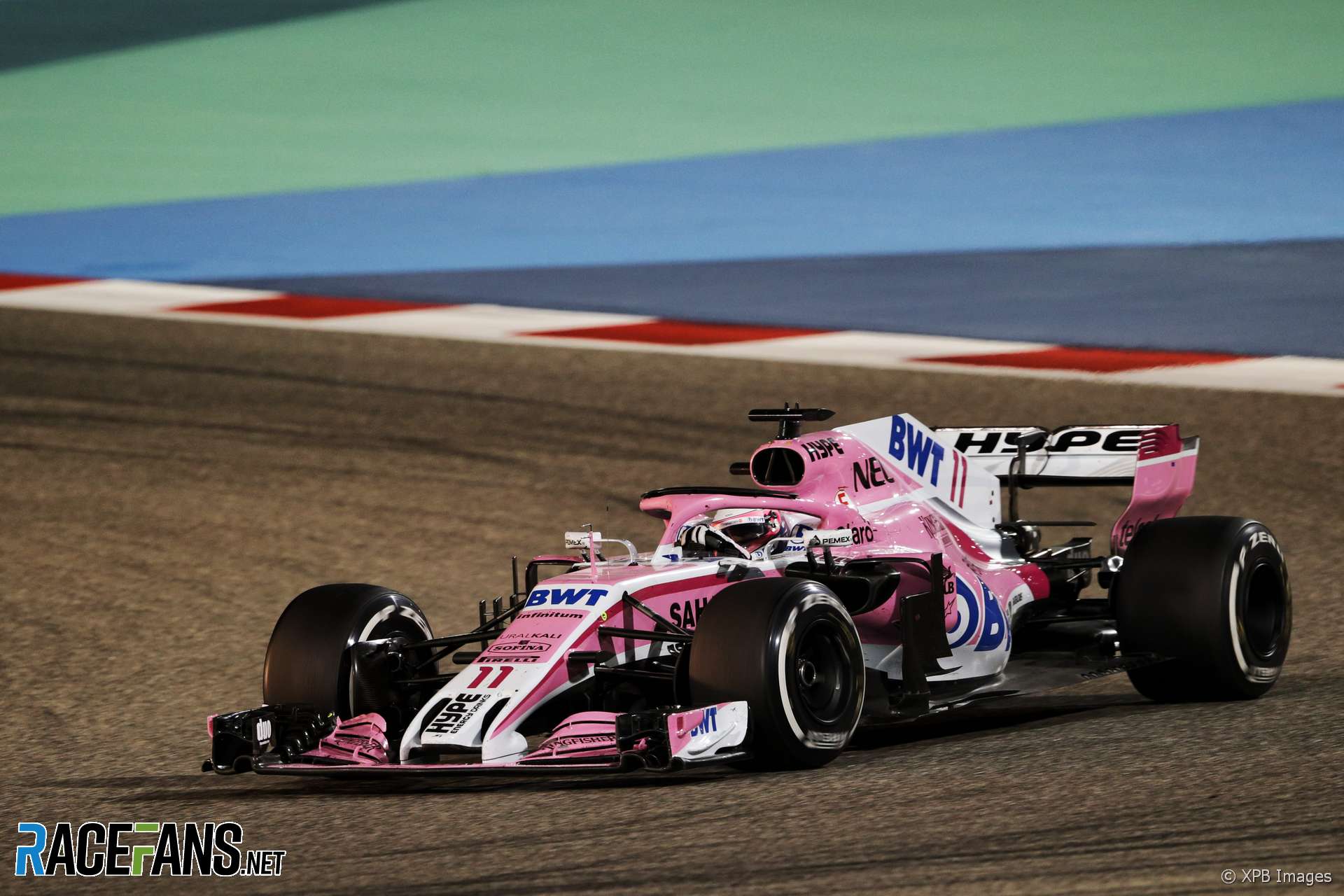 Sergio Perez has had 30 seconds added to his race time for overtaking Brendon Hartley on the formation lap.

The stewards ruled the Force India driver overtook Hartley and failed to let him through before the Safety Car line as required by the rules.

“The stewards reviewed video evidence and heard from Sergio Perez, the driver of car 11 and the team representative,” noted the stewards.

The stewards gave Perez a 10-second stop-go penalty. As this was not applied during the race, it is converted into a 30-second time penalty. Hartley received the same penalty for not being in the correct starting order at the Safety Car line.

FIA race director Charlie Whiting said Hartley had dropped back from the rear of the Force India on the formation lap after Perez passed him.

“Perez went past Hartley when they left the grid which is quite common if a car’s a little bit slow away, the other car will go past. But it normally sorts itself out unless the car is the last one away or something like that.

“Normally if one if just a bit slow away maybe two cars might pass him but after two or three corners they get back in position. But it seems that Hartley was a little slow, he dropped back a little bit, you can see it from the onboard he’s dropping back.”

The penalty drops Perez from 12th to 16th in the final classification.