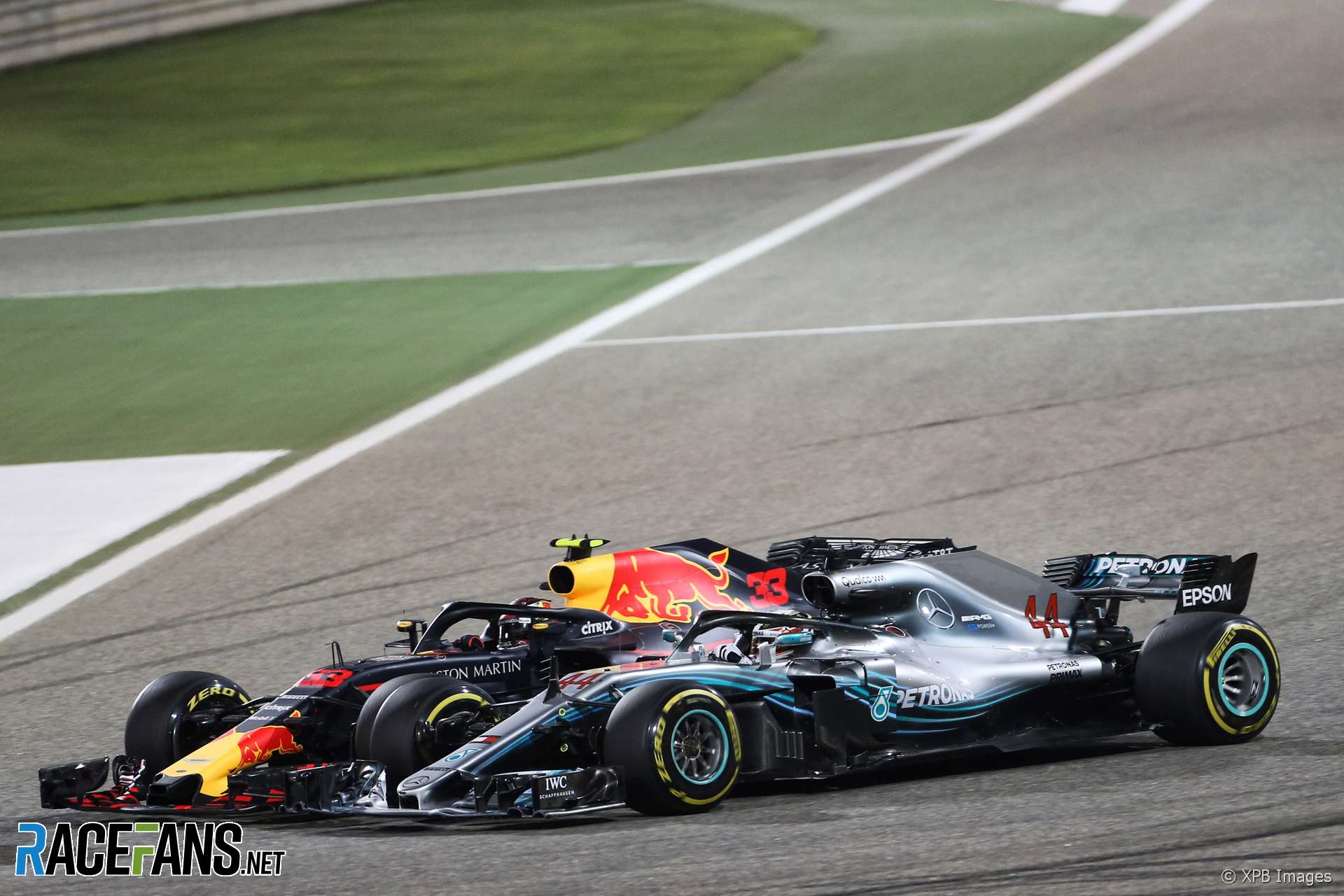 Max Verstappen said the stewards should have taken action over the collision between him and Lewis Hamilton in the Bahrain Grand Prix.

The Red Bull driver retired from the race following the lap two clash between the pair which left him with a puncture.

“I had a good run onto the straight,” Verstappen told the BBC. “Going for the inside, at one point under braking I was next to him. Going into the corner I was ahead.

“And then of course you always try to squeeze each other a bit. But i think there was still enough space on the left. He drove into my left-rear, gave me a puncture and also destroyed the diff.”

Asked if he felt the stewards’ decision not to penalise Hamilton was correct he said: “From my side, not. But at the end of the day even if they would do something my race is anyway finished.”

The stewards did not investigate the incident as they felt no driver was wholly or predominantly to blame, according to race director Charlie Whiting.

Both Red Bull drivers retired from the race within the first laps as Daniel Ricciardo dropped out when his car abruptly shut down.

109 comments on “Verstappen: I left Hamilton room, he drove into me”