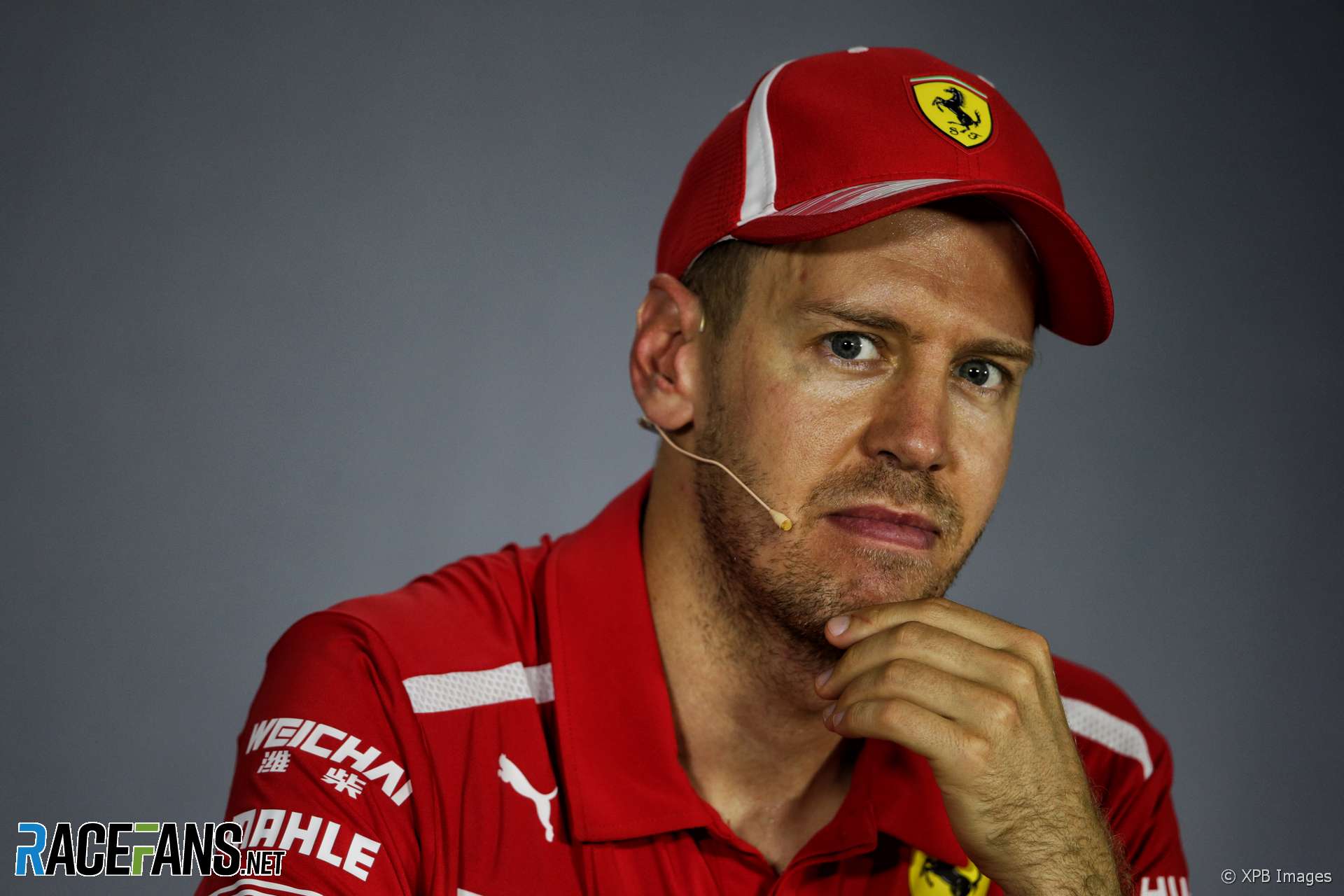 Sebastian Vettel came to Lewis Hamilton’s defence when the Mercedes driver was asked about a profane comment he made regarding Max Verstappen.

Hamilton described the Red Bull driver as a “dickhead” when he saw a video replay of his collision with Verstappen while preparing to go onto the podium.

Vettel interjected when Hamilton was asked about his remark during the post-race press conference.

“I think it’s not fair,” said Vettel. “I mean, I don’t know what Lewis did. We’ve all been in that situation, we fight someone, we go sometimes wheel-to-wheel, it’s close and you have a lot of adrenalin going.

“Do you think, comparing to football, if you have a microphone on a football player’s mouth, that everything he says is something nice and is a nice message when the guy tackles him and maybe sometimes he fouls him or not?

“So I don’t think it’s justified to give us these kind of shit questions and making up a story out of nothing, if we are just racing and we are full of adrenalin and sometime we say these things. I mean if I hit you in your face, you’re not going to say “oh, Sebastian, that wasn’t nice”. It’s a human reaction.

“Sometimes I feel it’s all a bit blown up and artificial if we have these questions, trying to make a story out of nothing. So, it’s not personal, don’t take it personal. So I think we should cut it right there.”

Hamilton said he “didn’t really remember” the comment. “I think maybe it was when we were talking afterwards.”

“Ultimately, I had a coming together with Max and it was an unnecessary collision. There needs to be a certain respect between drivers. Maybe I need to go and watch the manoeuvre again, but it didn’t feel like a respectful manoeuvre, but ultimately it was a silly manoeuvre for himself, because he didn’t finish the race.

“And obviously he’s tending to make quite a few mistakes recently, so it was just unnecessary for him to do that. I can’t really remember at what stage of the race it was or why we were even in that position, but I don’t really care to be honest.”