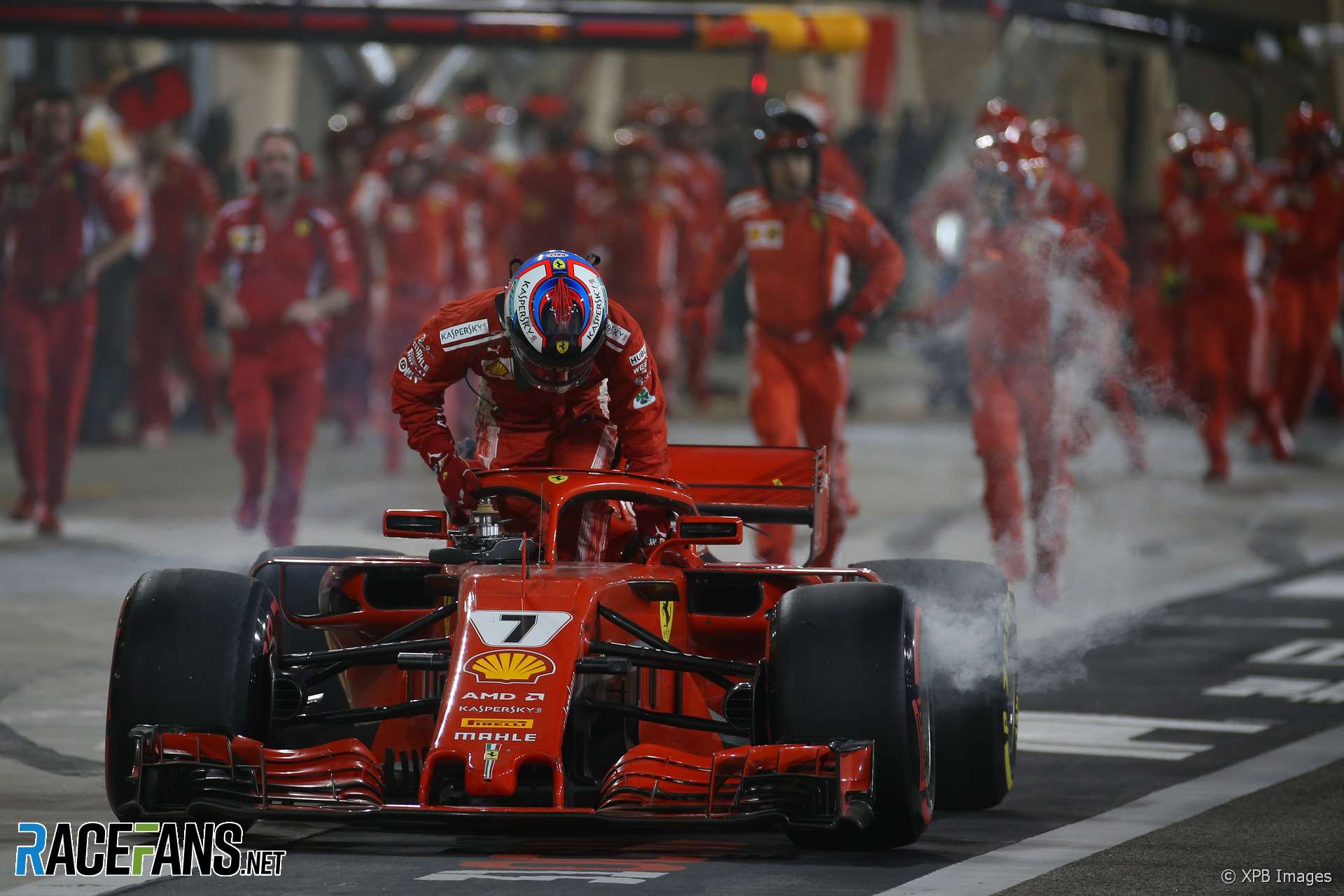 The FIA intends to examine Ferrari’s error during Kimi Raikkonen’s pit stop which led to a mechanic being injured during the Bahrain Grand Prix.

It was one of two occasions during the race weekend that Ferrari sent Raikkonen from the pit box without fully tightening all his wheels.

“But the two instances in Melbourne were quite clearly wheel gun operator error. They cross-threaded the nuts, thought it was tight, came off, then realised a little bit too late that it wasn’t.”

Ferrari’s unsafe release during the Australian Grand Prix appeared to be different, said Whiting. “The guy hadn’t even taken the wheel off [before the car was released] which is slightly perplexing.”

He confirmed the FIA will look into the matter with Ferrari. “Alonso lost a wheel in testing and we went through it all with McLaren. They gave us a report, we discussed it with the Technical Working Group to understand, make sure everyone else realises these things can happen [and] everyone tries to learn from it.”

Ferrari was fined €50,000 for the unsafe release during the race, which left mechanic Francesco Cigarini with a broken leg, and a further €5,000 for a similar incident during practice in which no one was hurt.

Whiting does not believe stiffer penalties are needed to deter teams from taking too many risks during pit stops.

“The rules are very clear what happens during a race, the principle being that the driver stopping on the track is a big enough penalty,” he said.