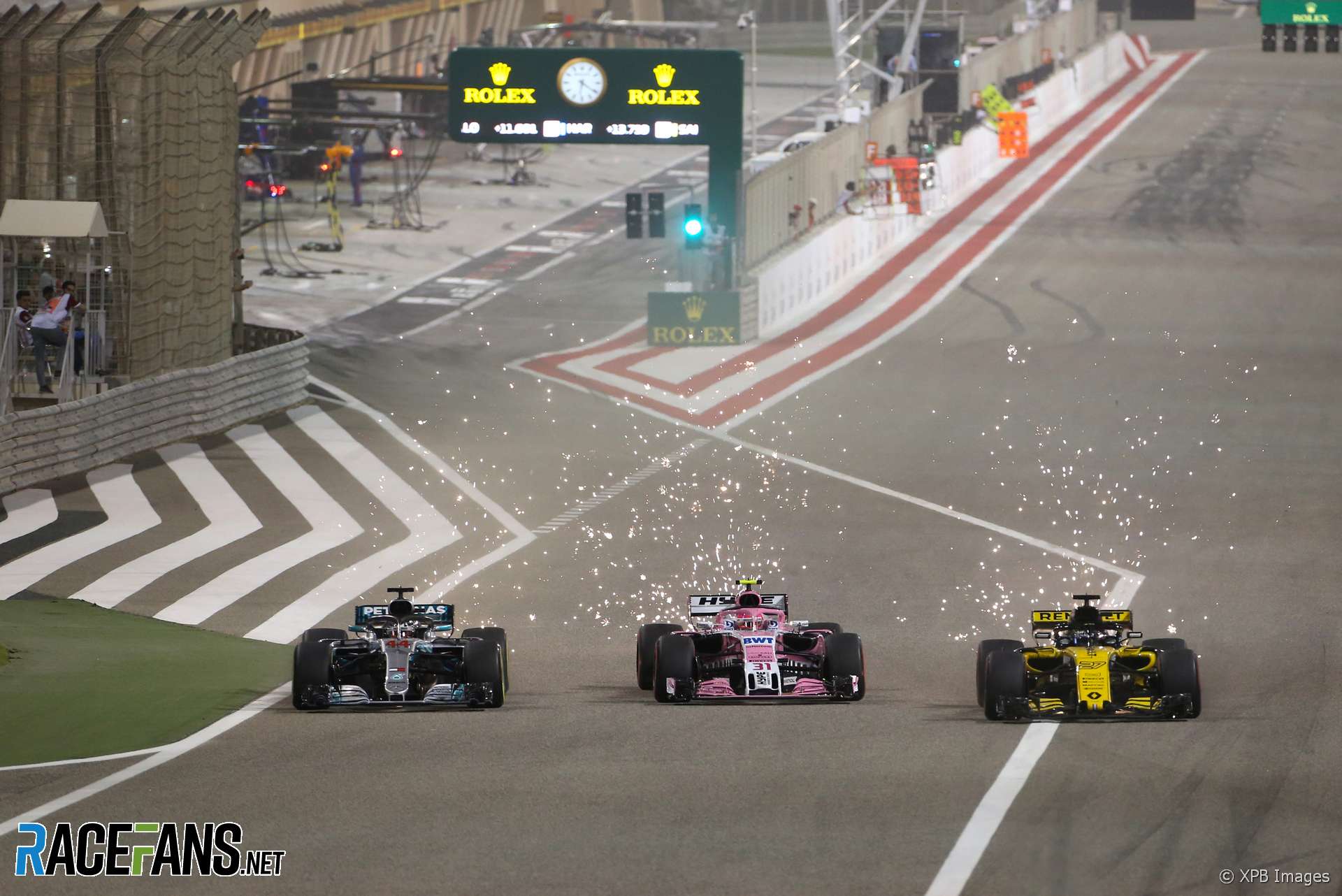 Lewis Hamilton described his pass on three cars during the Bahrain Grand Prix as being like something out of the film Talladega Nights.

The Mercedes driver took Fernando Alonso, Nico Hulkenberg and Esteban Ocon in a single “exhilarating” move on the pit straight at the start of lap five.

“I kind of relate it to Talladega Nights, ‘Shake n Bake’,” said Hamilton, “it was really one of those slingshots they talk about.”

“When I pulled out from behind Fernando I didn’t know the other two would be overtaking. I was quite far behind them but the slingshot I got from Fernando put me onto the others. And I was like ‘I’ve got to go for this, I’ve already spent a ridiculous amount of laps trying to get past these guys and I should’ve been quicker. It was getting in the way of me catching the guys in front.

“It was a nice risk to take but it worked out pretty well. I was really surprised that I got to the apex just nicely. In those scenarios you’re usually on the dirty side, go too deep or something, but it was definitely cool.”

Despite the progress he made with the pass, Hamilton said his failure to make up more places on the first lap cost him a chance to win. The Mercedes driver got off the line well but then lost several of the places he had gained.

“If there was a chance of a race win I lost it in the first eight laps,” he said.

“I had a really good start, I opted to go down the inside of Magnussen but I saw him move and then I couldn’t come across the left as I had another guy on the left. And then I was on the defence for ages and come around in bloody 10th and certainly it took a long time to get through.”

57 comments on “Hamilton: Three-car pass was like Talladega Nights”