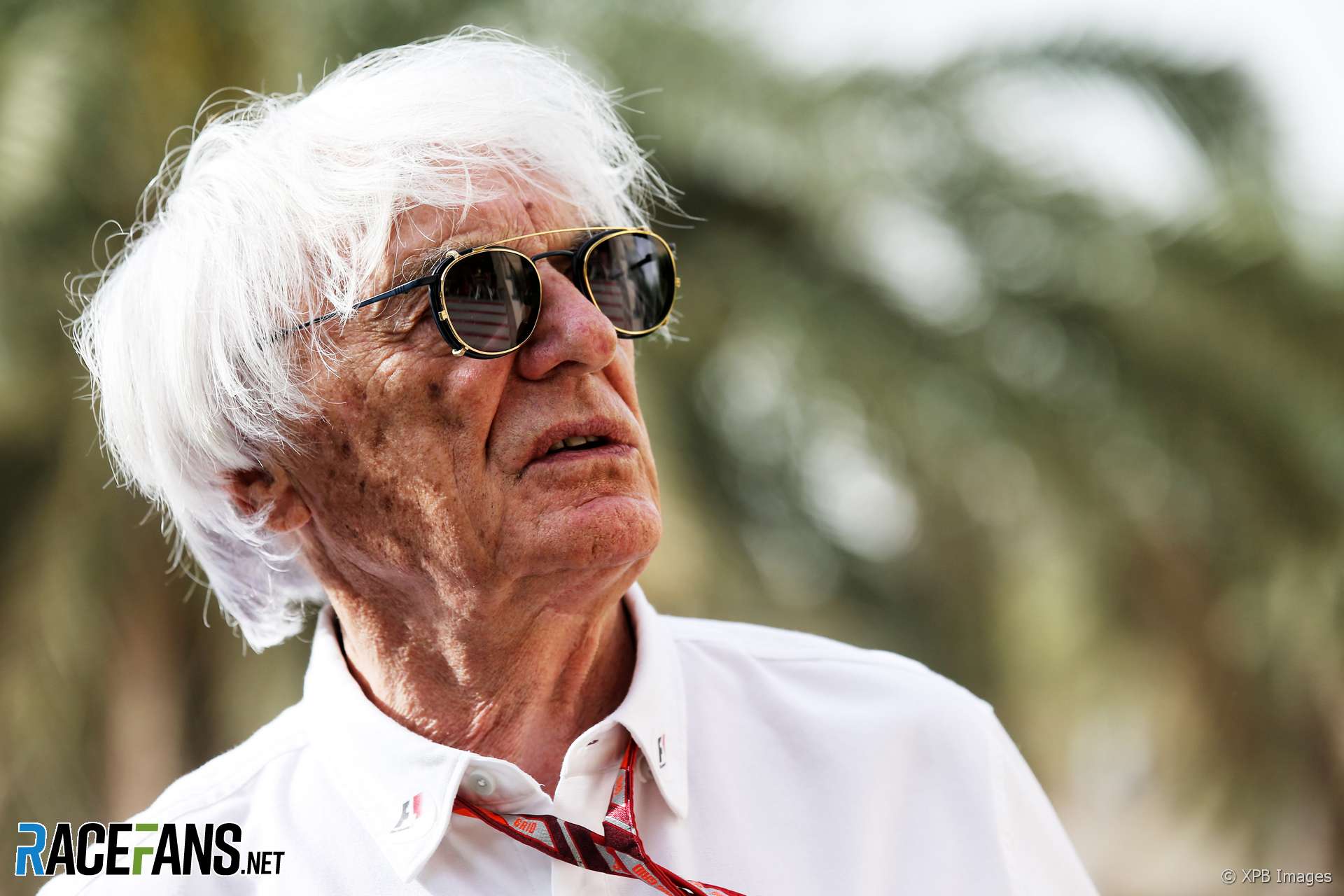 An old face returned on the final day of the Bahrain Grand Prix weekend. @DieterRencken reports from the paddock.

A late race in a country that observes a Sunday-Thursday working week means a lie-in. It makes no sense to head to the circuit before midday: F1’s curfew means no key personnel will be at the circuit before then, plus business day traffic could complicate matters. So a late-ish breakfast and catch-up on real-world news.

Upon arrival I head straight for the F1 GP Club marquee to fuel up for a long day. A 6:10pm race start followed by media sessions after the event and dinner being served between 6pm and 9pm, I’m unlikely to get an evening meal break. So salads, both veggie and fruit, it is.

First proper catch-up with team bosses about Liberty’s vision for F1’s future. Although most had shared their initial views after Friday’s presentation, the passing of two days mean their opinions are more considered. Still most are understandably cautious about sharing too much information given their verbal agreement to maintain ‘radio silence’. This is where personal relationship and trust enter into the equation…

I bump into Bernie Ecclestone, who is in the paddock for the first time this year. I had seen him at a distance on Saturday while on other missions, so stop and chat with him.

Not having seen him for six months, two things strike me immediately: he is still sprightly at 88, but seems somehow out of place in modern F1 – almost like a grandfather at a rave. That his shirt displays F1’s old ‘Flying F’ logo suggests he’s either of totally out of touch, or rebellious. Both?

I then have a short chat followed by an interview with Sergey Vorobyev, the Russian Grand Prix promoter. He makes it clear that Ecclestone remains a close friend of his despite the obvious ructions between the ex-F1 tsar and Liberty, but is equally positive about Liberty’s initiatives. Look out for his thoughts on the current state of F1 here later this week.

The highlight of a grand prix weekend is walking the grid ahead of the start: The atmosphere tingles; the hustle and bustle and utter determination of teams to reap the best rewards from whatever their starting positions is evident as they go about complex pre-race tasks never ceases to impress, while increasingly audible impatience from fans add a festive edge. Finally, the national anthem provides the requisite gravity to what is a very serious looming two hours.

The grid dynamic is always fascinating: team bosses either greet or totally ignore each other; technical directors shoot quizzical glances at opposition cars in the hope of catching secrets; drivers go through their own rituals with their trainers; mechanics check and double check; FIA officials check seals and codes, and VIPS who wouldn’t know the difference between chestnuts and wheel nuts are indulged by marketing folk.

As they say, to each their own…

Once we’ve established that the condition of the Ferrari mechanic who caught an errant wheel is stable, the day’s work really starts: With Bahrain being a six hour hop from base and on similar time zones, most senior F1 personnel head for the airport to catch late flights back for two days in the office before travelling to China. Thus speed is of the essence, particularly as the decision to delay starts by ten minutes further eats into available time.

The take-outs from the event are superb races by Pierre Gasly and Marcus Ericsson, the quiet satisfaction at Toro Rosso after delivering Honda’s best result of the current era, and the feeling of gloom at McLaren after a lack-lustre performance on home ground for their owners. Questions are increasingly being asked about how much longer before the patience of the Bahrainis and Saudis finally runs out and heads start rolling.

I head back to the hotel to pack for an early morning start to Dubai for two days before heading for China, and upon arrival am met with the sad news that former Lotus F1 driver John Miles has passed away. Although I never saw the introvert Briton race, I remember reading about his exploits in F1 and sports cars, and always felt he deserved better recognition than he received.

John Miles was multi-faceted: having raced in the shadow of Jochen Rindt and lived through one of F1’s most lethal periods, he retired from the sport and turned to suspension development for road cars – his sensitivity proved crucial to combining levels of comfort and sporty roadholding in road cars – to technical writing for Autocar and to (jazz) musical production. RIP.