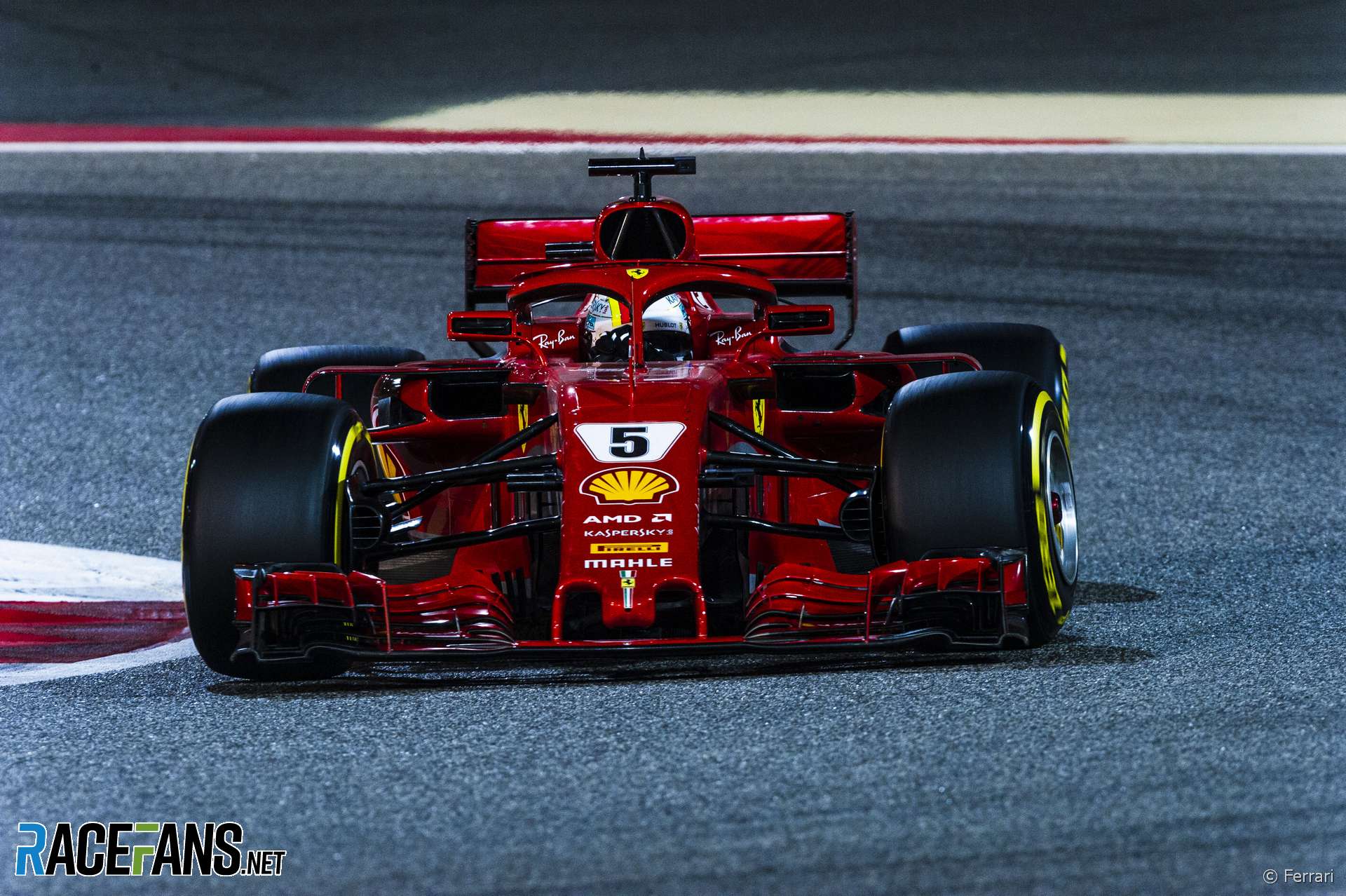 Sebastian Vettel admitted he tried to mislead Mercedes with a radio message to his Ferrari team late in the Bahrain Grand Prix.

Ferrari abandoned plans to bring Vettel in for a second pit stop meaning he had to nurse his set of soft tyres to the end of the race. Vettel tried to give Mercedes the impression his tyres were still in good shape while Valtteri Bottas and Lewis Hamilton closed on him over the final laps.

“I think 10 laps to go I came on the radio and said ‘everything’s under control’,” said Vettel. “That was a lie because I was hoping they’d tell Valtteri ‘Sebastian is taking it easy’, tell him to save the engine, turn it down and give up. But they didn’t do that.

“Equally I was sure if I’d said the truth and said I’m struggling massively with the tyres they would tell him and make sure that he’s having all the power available until the end. Obviously my plan didn’t work but I tried.”

Vettel said the performance of his soft tyres dipped with around 10 laps to go. “They weren’t getting any better. It was really difficult to keep the car on the line especially in turn eight, turn 10, just getting out of the low speed corners was really tricky.”

It took until the final lap of the race for Bottas to get within a second of Vettel. “When I saw him in DRS range, I was thinking it would be difficult to make it last. I tried to save and deploy the energy so that I had the boost all the way down the straight and it worked.”

Ferrari changed Vettel’s strategy when the Mercedes drivers ran longer first stints and switched to the medium tyres, indicating they were not planning to pit again. Vettel said staying out was “only chance to win the race.”

“With them on the medium tyre and having such strong pace for long we knew it would be difficult to come out with a fresh set,” he said.

“We’d probably chase them down but probably to pass is a different story. First we’d have to get past Lewis and then chase Valtteri and pass Valtteri. In the end we tried and it worked. It’s good when it works out like that.”