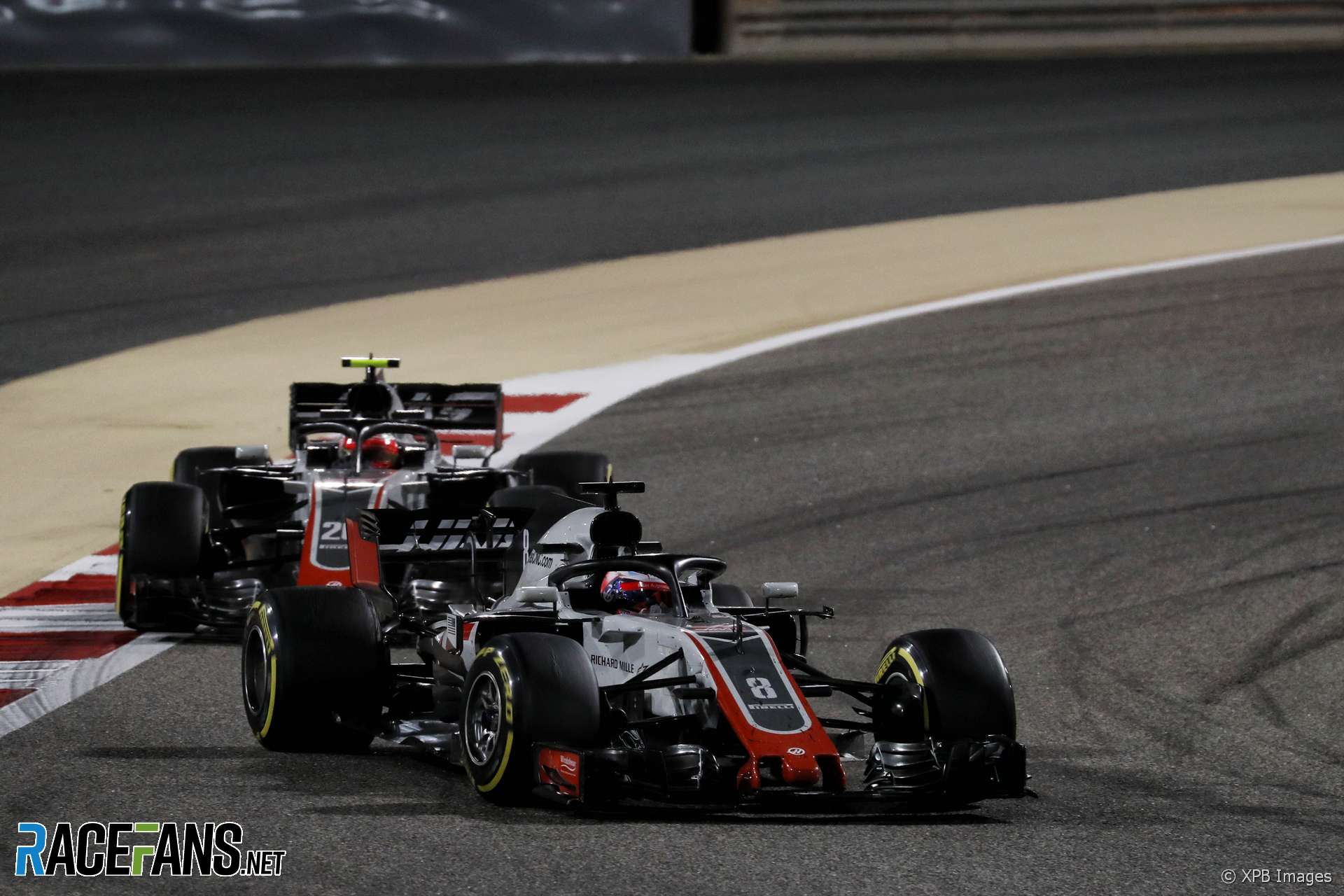 In the round-up: Haas team principal Guenther Steiner blamed a communication error for why Kevin Magnussen was held up by team mate Romain Grosjean at one stage in Sunday’s race.

“What the [censored by FOM] is he doing, guys, come on,” complained Magnussen on the radio when he lost time behind Grosjean. Steiner explained why:

It wasn’t intentional. I think we were a little bit late in giving Romain the information. he didn’t really see what was happening and we told Kevin ‘just go’. It’s always in between. He didn’t do it intentionally. There was some, I wouldn’t say miscommunication, but bad communication how it was done. It should have been clearer communication from our side.

"We were a bit bold to try and pull off a one-stopper because we knew that it was going to be quite tight on tyre life but we also knew that it was also our best chance to get into the points and beat people."

"Having listened to viewer feedback of the Australian Grand Prix coverage the decision was made to run commercial-free during qualifying and the race at the following event in Bahrain. This was met positively by race fans across America and it will be extended for the duration of the current campaign."

"Red Bull introduced a Formula 1 floor upgrade at last weekend's Bahrain Grand Prix, altering the detail of the outer edges and rear corner area in front of the rear tyre."

"He also showed he has a sense of humour, coming on the radio on his slowing down lap, with the message 'now we can fight!' Fernando Alonso had used the very same words after finishing fifth in Melbourne."

The password to watch the video above is: Casio2018

Nope, that's one of the infamous 1992 Andrea Modas which has been repainted. And it's up for sale…https://t.co/pG9Zav6Oes #F1 pic.twitter.com/bFHGq2Dc9Z

McLaren reckon it’ll be 7G stopping power into T14 hairpin Shanghai 😳 Back in the day I had to hit a wall to slow that much. And these cars slow down more quickly just lifting off the throttle with drag than the great Sir Stirling Moss did by hitting the brakes. That’s progress

@ECWDanSelby picks apart an unsuccessful passing attempt by Valtteri Bottas on Sebastian Vettel on the final lap in Bahrain:

The issue was he didn’t go for it, and he didn’t not go for it. He kind of did a bit of both, and therefore scuppered his chances.

If he had decided against it and maintained his racing line, I think he would have got Vettel down the following straight through better traction alone.

By doing a bit of both, I think he ruined his chance of a move.
@ECWDanSelby