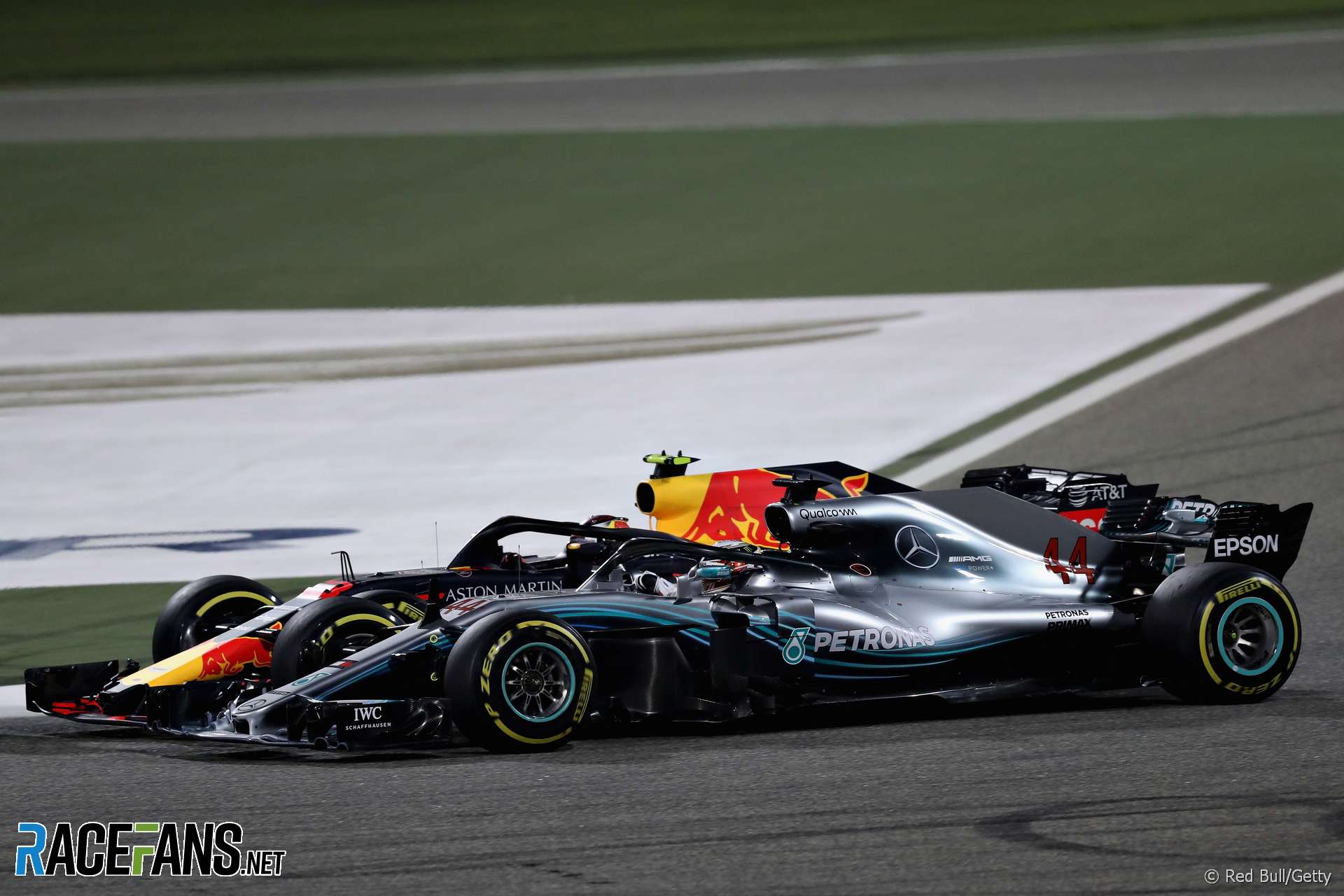 Max Verstappen defended his driving against Lewis Hamilton in Bahrain and said the Mercedes driver had only singled him out for criticism because he is younger.

“It’s quite simple and easy to blame the younger driver,” said Verstappen, who is 13 years younger than Hamilton. “That’s the only way I can see it. But these things happen, there’s no reason for me to change anything.”

Verstappen said he hasn’t spoken to Hamilton yet about the collision between the pair which led to Verstappen’s retirement from Sunday’s race.

“I might have a talk with him, depends if it’s really necessary,” said Verstappen, who added he sees no reason to alter his approach to wheel-to-wheel racing.

“I don’t think I did anything wrong in terms of my approach. I was just trying to overtake a car and I think it was a fair chance, I went for it.

“For example last year in Mexico it could have gone wrong as well maybe for me, maybe for another car. As you could see in Mexico it did. It’s racing, it’s very simple, and I don’t understand why everyone is so on top of the topic because those things happen in racing.”

Verstappen heads into this weekend’s race 10th in the championship but insisted he doesn’t intend to drive more conservatively.

“It’s always important to score points and that’s always the target. But we are to finish on the podium and win races, that’s what I will try to do again this weekend, so for me there won’t be a change.”