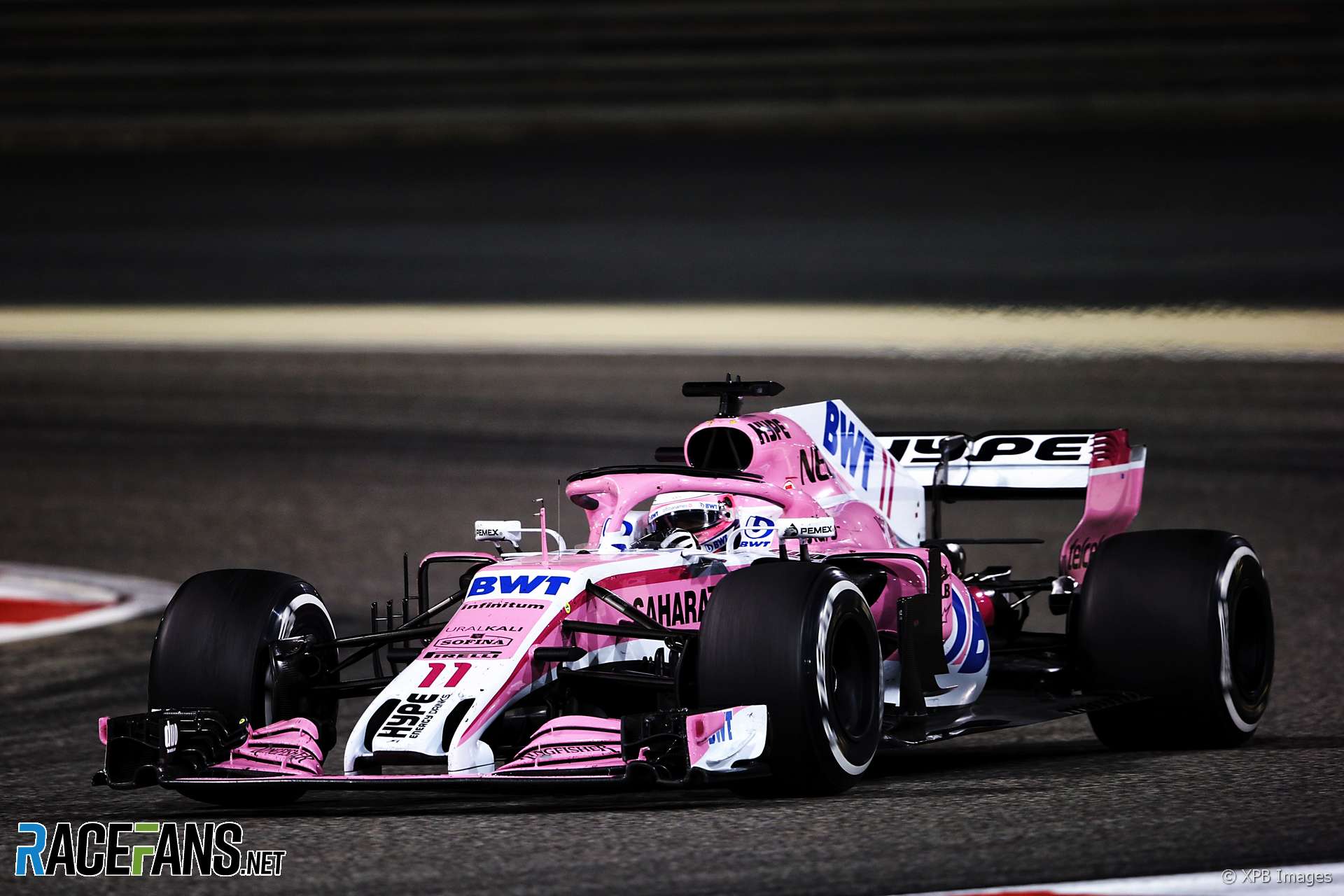 Sergio Perez will ask FIA race director Charlie Whiting to explain the 30-second penalty he received in the Bahrain Grand Prix for an error on the formation lap.

The Force India driver was given the penalty for overtaking Brendon Hartley on the formation lap. Perez said he was “surprised” to get the penalty because he repeatedly tried to let Hartley re-pass him.

Perez didn’t deny passing Hartley on the formation lap. But he pointed out it is common for drivers to do this off the starting line and then re-take their correct positions.

“On the formation basically off the line I overtook him but then he didn’t re-take back the position,” said Perez. “He didn’t realise that I overtook him, he thought I was always in front of him.”

“I’ve been overtaken many times, I overtake many times, but always the car behind retakes his position,” he added. “Hartley didn’t do it and we both go the penalty.”

Hartley, who also received a 30-second penalty for not being in the correct order before the Safety Car line, took responsibility for the mix-up according to Perez. “We spoke after the race. He just apologised, he knew it was all his fault.”

“When we went to the stewards he just told them ‘listen I didn’t realise Checo should be in front of me’,” Perez added.

Perez said the penalty, which dropped him from 12th to 16th in the results, “didn’t change anything” but he intends “to speak with Charlie on this one.”

“I was quite surprised that I got the penalty. You can see on my video that I really slowed down a couple of times to make him pass but I thought he had a problem.”