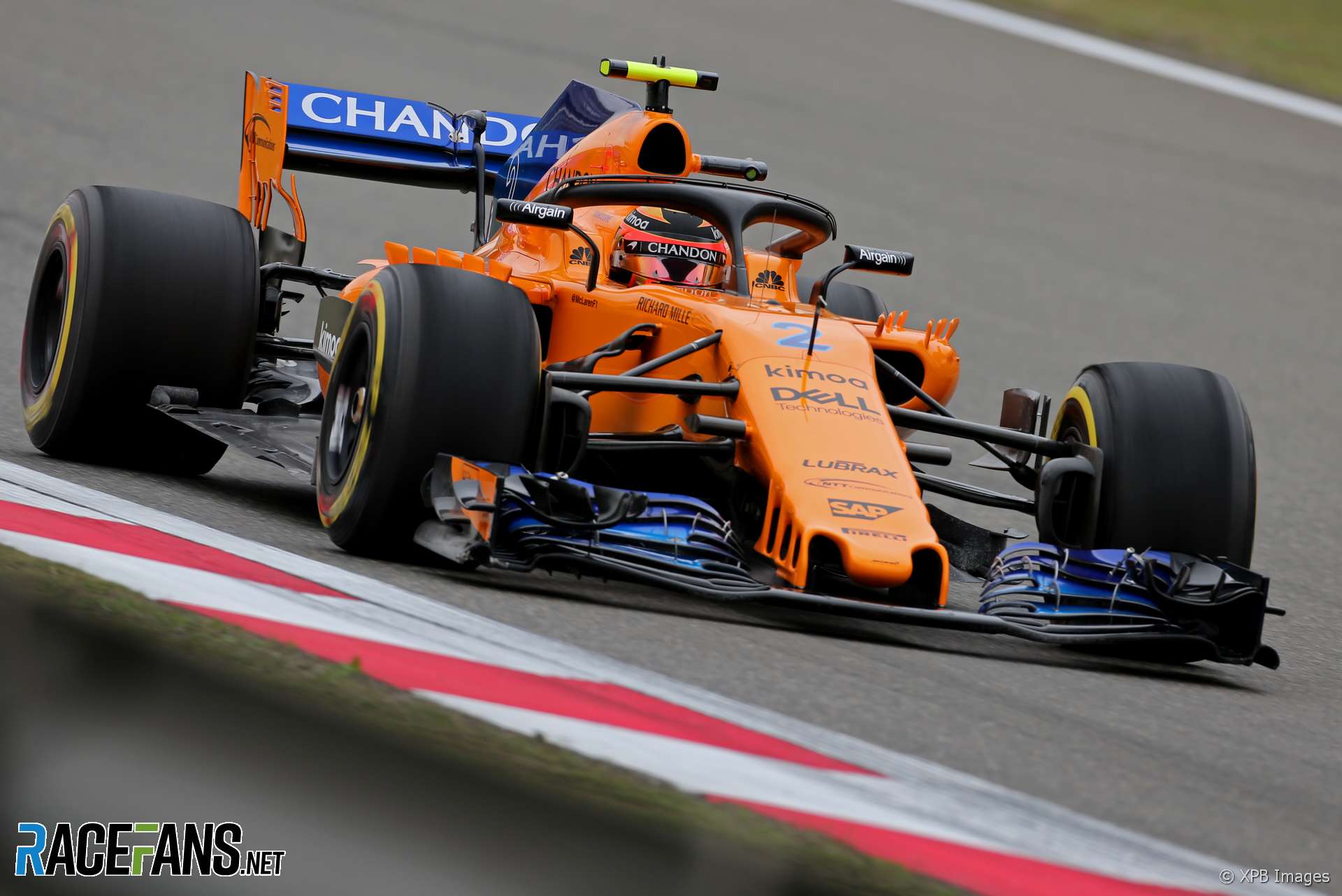 McLaren has become the third team to be fined for releasing a car in an unsafe condition for its pit stop during today’s second practice session.

The team allowed Stoffel Vandoorne’s car onto the track with one of its wheels insufficiently tightened. Vandoorne noticed the problem on-track and stopped his car.

The stewards fined McLaren €5,000 for the error.

“The stewards reviewed the video and audio of the pit stop of car two at 15:14 and heard from the team representative,” they noted in a statement. “The stewards determined that the car was released in an unsafe condition in breach of Art. 28.13(b) as the wheel was not properly attached to the car when released.

“The driver stopped the car in a safe manner as soon as the above became apparent to him.

“Consistent with previous decisions of a similar nature, the stewards decided that the grid place penalty mentioned in the above article would not be applied as the driver took all appropriate actions at the first available opportunity. Accordingly, the stewards fined the team €5,000.”

Haas and Ferrari have each been fined on two occasions already this year for unsafe releases. Ferrari was fined €50,000 for one incident in a race which left a mechanic with a broken leg. The other three resulted in €5,000 fines. McLaren also lost a wheel from one of its cars during pre-season testing.