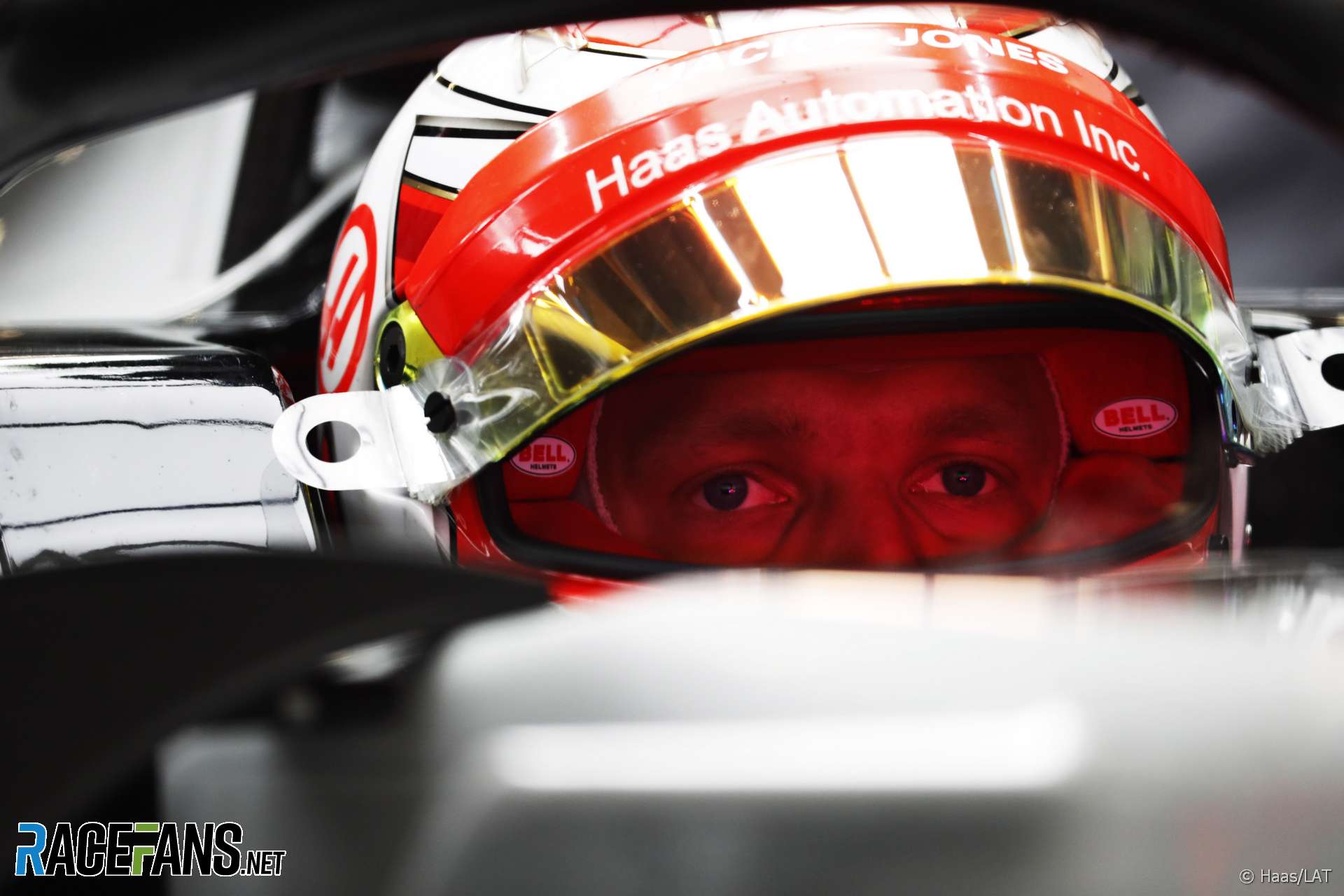 In the round-up: Kevin Magnussen suspects failing to reach Q3 will put him at an advantage in today’s race.

KM: I did miss out on Q3 but I’m not sure I’m unlucky. Probably not a bad position. I tried my best but I just messed up both the out-lap and the lap itself, ended up in P11. We’ve been through a whole lot of thinking about how to go about this because of the ultra-soft and the struggle you might have if you start on it. So I actually feel a little bit lucky to be honest.

Q: What’s the strategy look like? How big is the advantage?

KM: That’s what we’ll have to wait and see. Obviously I hope it’s going to be a big advantage. With the hotter temperatures that’s forecast it could be a big advantage. The ultra-soft has been working alight in the cold temperatures, overcast and cold weather, they’ve been OK, but still even in those conditions it was on the limit for many teams.

Q: So a good day to lose quali to your team mate?

How the change happened (Red Bull)

"It was pretty tight. but we probably had another 30 seconds in hand."

Russell on waiting for his F1 chance (F1)

Qualified 6th but the real result was the fellas once again pulling off a record engine change. Legends 🙌🏼

Happy with my lap today. Could have been a bit better but Q2 was out of reach anyway. Let's focus on the race and go for it tomorrow 👊 pic.twitter.com/c31wrBSCyU

What is Max Verstappen hoping to achieve with his criticisms of Renault’s power units?

I think it is fair enough that some drivers choose to give their honest feedback over the radio on track, while they experience the issues and while everyone on the teams pit wall can check for themselves. The method will work very well in some organizations or cultures – I suppose it doesn’t work towards a Japanese manufacturer, who insists on solving all issues and problems without help from the outside. Reading Brawn’s book made it clear for me, that Honda must change and embrace assistance from the outside if they are to regain their dominance from the eighties.

But I don’t hear Verstappen’s complains as directed towards Renault, but just as much towards the engine mapping, the integration into the car. If You want to be the best in the world, You need to be able to push everyone to improve and not settle for “good enough”. Verstappen’s comments may be able to direct more resources towards improving the engine and the power pack integration in the car and the driver HMI, to make it more drive-able. A driver who quietly accepts a sub-optimal car, will never reach for the podium, but of course You could argue that he shouldn’t do it on the radio – I think it is good entertainment and give us fans more and better insight.
@Palle