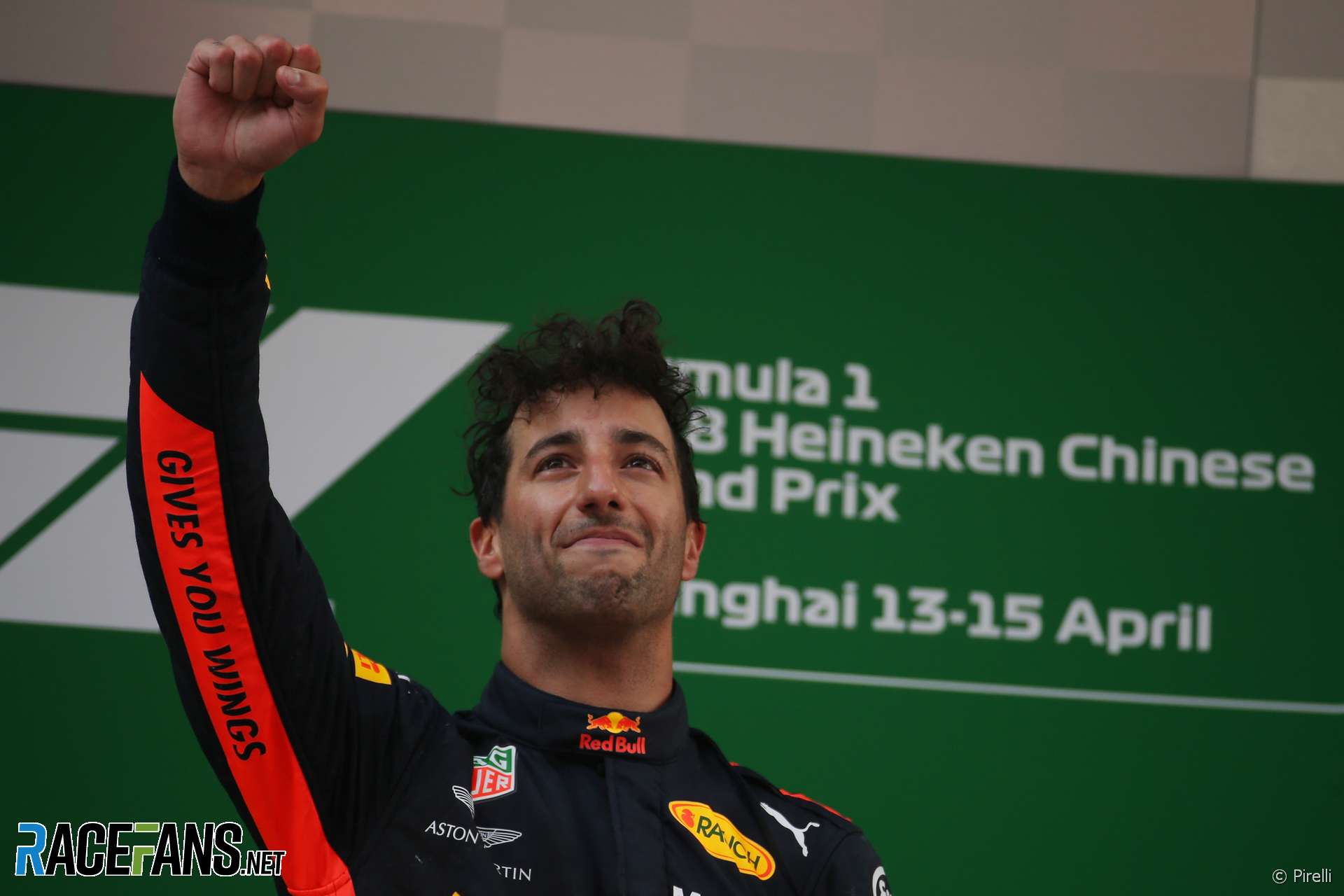 He passed Valtteri Bottas for the lead on lap 45 after switching to a fresh set of soft tyres when the Safety Car was deployed mid-way through the race.

Bottas had taken the lead from Sebastian Vettel thanks to a superb out-lap following his pit stop earlier in the race. Vettel had led from pole position at the start while Bottas moved up into second ahead of Kimi Raikkonen.

When Bottas jumped Vettel, Ferrari left Raikkonen out on his first set of tyres, helping Vettel back within range of the Mercedes. But Bottas took Raikkonen around the outside of turn one and rebuffed Vettel’s attack to hold his lead.

He was unable to resist a fresh-tyred Ricciardo, however, who had already put moves on Vettel and Lewis Hamilton. Ricciardo was also handed a position by team mate Max Verstappen, who went off while trying to pass Hamilton.

Verstappen then clattered into Vettel while trying to take third place off the Ferrari. He was given a 10-second time penalty for the move, which also delayed Hamilton, opening the door for Raikkonen.

Nico Hulkenberg also took advantage of the opportunity to pass Vettel, and a few laps later Fernando Alonso barged his way through as well, leaving the world championship leader eighth at the chequered flag. Carlos Sainz Jnr took a look at the Ferrari on the final lap but settled for ninth ahead of Kevin Magnussen.