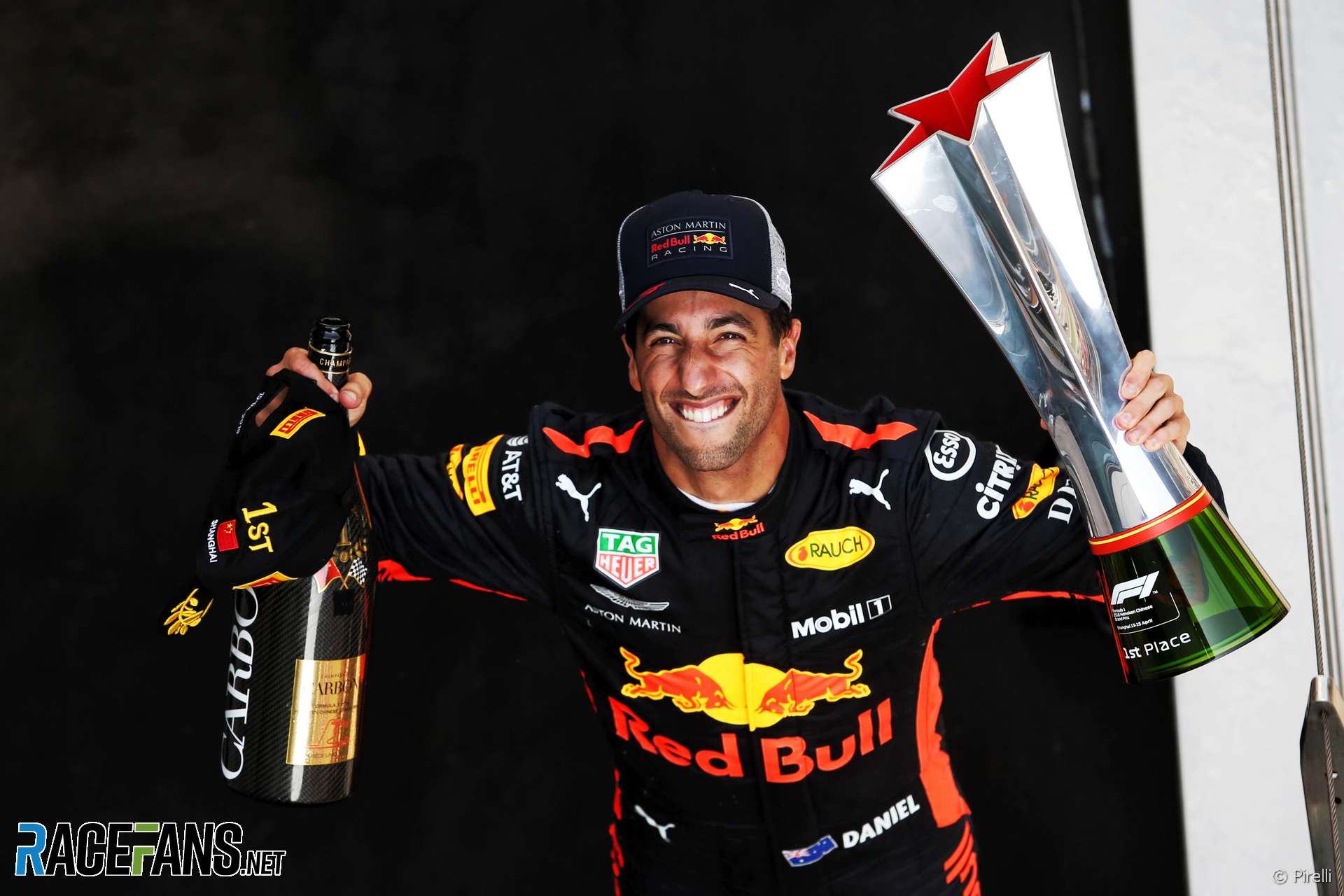 Red Bull team principal Christian Horner says Daniel Ricciardo would be best off staying at the team in 2019 providing they can continue to give him a competitive car.

Ricciardo’s contract expires at the end of this season and rumours have connected him to rival teams such as Ferrari.

Asked after Ricciardo’s Chinese Grand Prix victory about the importance of keeping him at the team next year, Horner said: “Look at Kimi [Raikkonen’s] race. You know, I didn’t understand that strategy.

“I think Daniel’s happy in this environment. If we can provide a car like we did today why would he want to be anywhere else?”

Horner praised Ricciardo’s pass on Lewis Hamilton after his team mate Max Verstappen went off while trying to pass the Mercedes.

“Max had a grip advantage, he got better drive. He found himself on the outside there and decided to hang it out with Lewis who is never going to concede in that corner easily.

“[Hamilton] was more generous with Daniel in the braking area but Daniel picked his time differently to where Max decided to have a go.”

“He’s absolutely at the top of his game and he has been for the last couple of years really.

“He’s got that balance of experience and pace. He’s one of the best overtakers in the business. And his judgement is impeccable in terms of judging a gap, getting the car stopped and getting it rotated. I really feel that he’s in a different part of his career to where Max is at the moment who’s very young and fresh and going through that experience.”