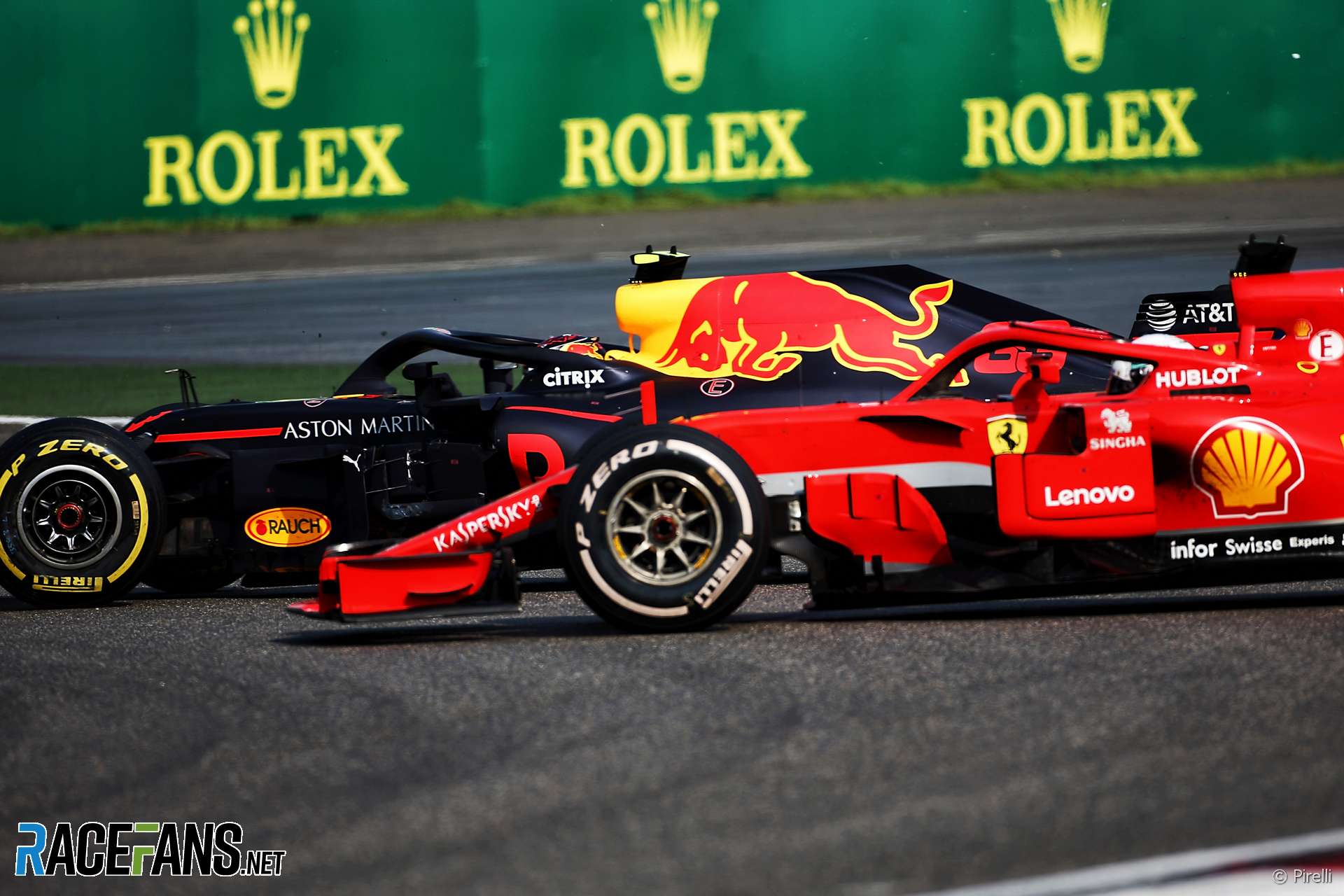 Sebastian Vettel said Max Verstappen has apologised to him for the collision between the pair in the Chinese Grand Prix.

The Red Bull driver ran into the Ferrari at the turn 14 hairpin, putting both into a spin. It left Vettel with damage which caused him to drop back to eighth place at the chequered flag.

“He came straight away and apologised,” said Vettel. “I think he knows he did a mistake. I don’t think he needs much reminders.

Vettel said he did not intend to put up a strong fight against Verstappen because he thought it was inevitable the Red Bull driver, who was on softer tyres, would overtake him.

“Obviously it was a tricky braking for the hairpin all race, there was a tailwind. At that point there was 15 laps to go. I wasn’t going to resist much anyway.

“I was waiting for him to come down the inside, he didn’t. So I wasn’t sure exactly where he was.

“I gave him a bit of room, as you can see I wasn’t right at the apex, in case he misjudged his braking. Obviously he misjudged more than I thought. To some degree you can factor in people’s mistakes but not always. In that case it didn’t work.”

Verstappen has collided with both Vettel and Lewis Hamilton within the past eight days. Hamilton caused controversy with his description of the Red Bull driver after their clash in Bahrain.

“We were both lucky that we could continue but as I said it destroyed both our races,” Vettel added. “No need to call him anything: He knows, I know, we’re fine.”

Verstappen was given a 10-second time penalty and had his licenced endorsed for the crash.