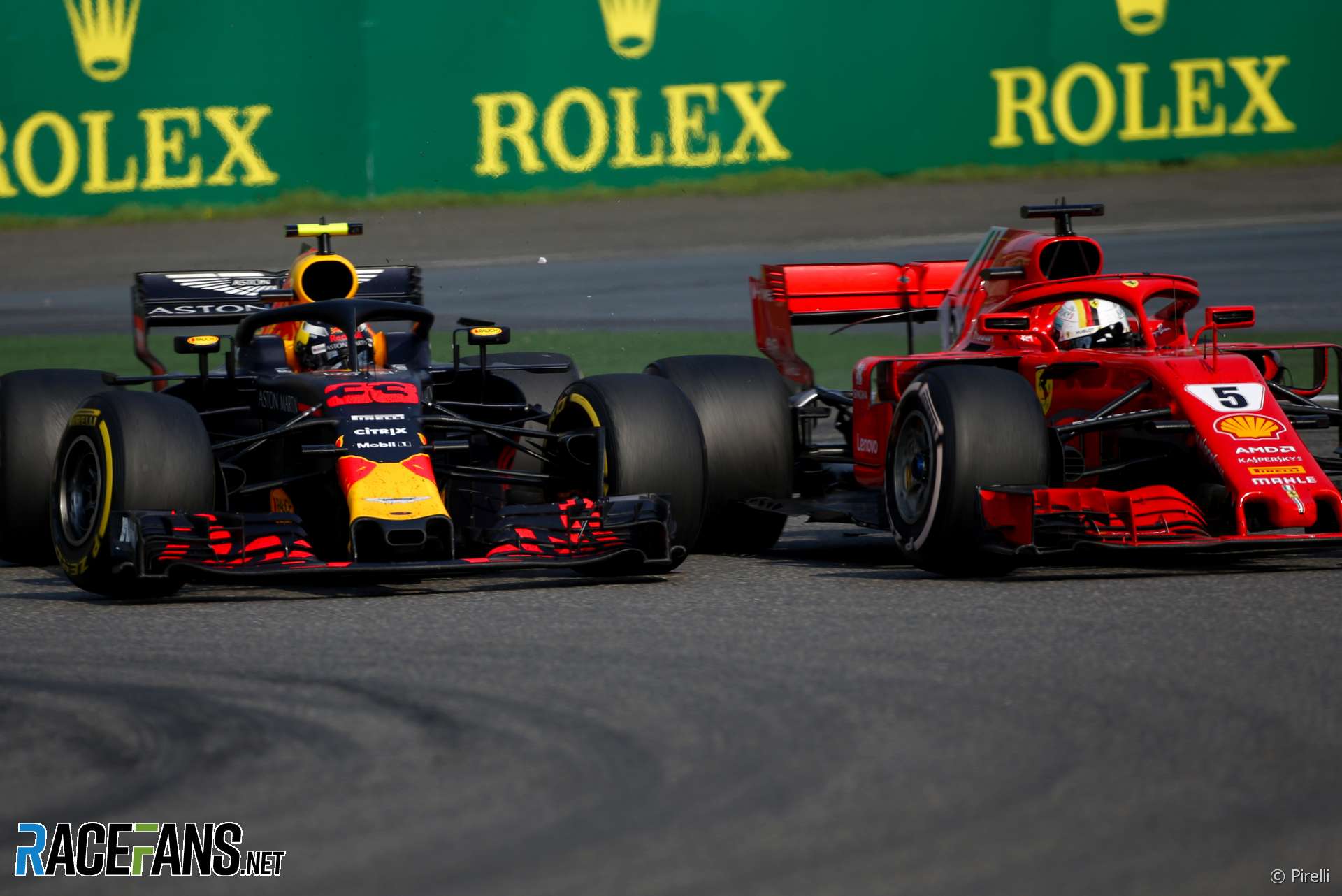 Red Bull team principal Christian Horner says the series of incidents Max Verstappen has been involved in since the season began reminds him of Sebastian Vettel’s early career with the team.

Vettel was dubbed the “crash kid” by a rival team principal after one crash in 2010 but went on to take his first of four consecutive championship successes that season.

Verstappen has had a scruffy start to 2018 including a spin in Australia, a collision with Lewis Hamilton in Bahrain and another with Vettel in China today. He also went off while trying to pass Hamilton and lost a position to team mate Daniel Ricciardo, who went on to win the race.

Horner said he’d already exchanged words with Verstappen about his performance today and believes his driver will learn from the race. “I’m fully confident that he’s a phenomenal talent. He’s smart enough to recognise the areas he needs to work on and I’ve got no doubt we well address that.”

FIA race director Charlie Whiting spoke with Verstappen about his driving in 2016 following complaints from other drivers. He said he does not intend to have further words with him following today’s incident.

“I think the stewards have done their bit,” said Whiting. “I don’t think there’s any necessity to do that. I think he made a mistake which he got penalised for.”

Whiting said the two penalty points Verstappen picked up for his collision will reinforce the criticism Verstappen has received.

“There probably is a little bit of criticism but that’s what the penalty points are for,” he said. “They’re there to make a habitual offender take notice. He’s got five points now, he’s going to be more careful, I would say.”