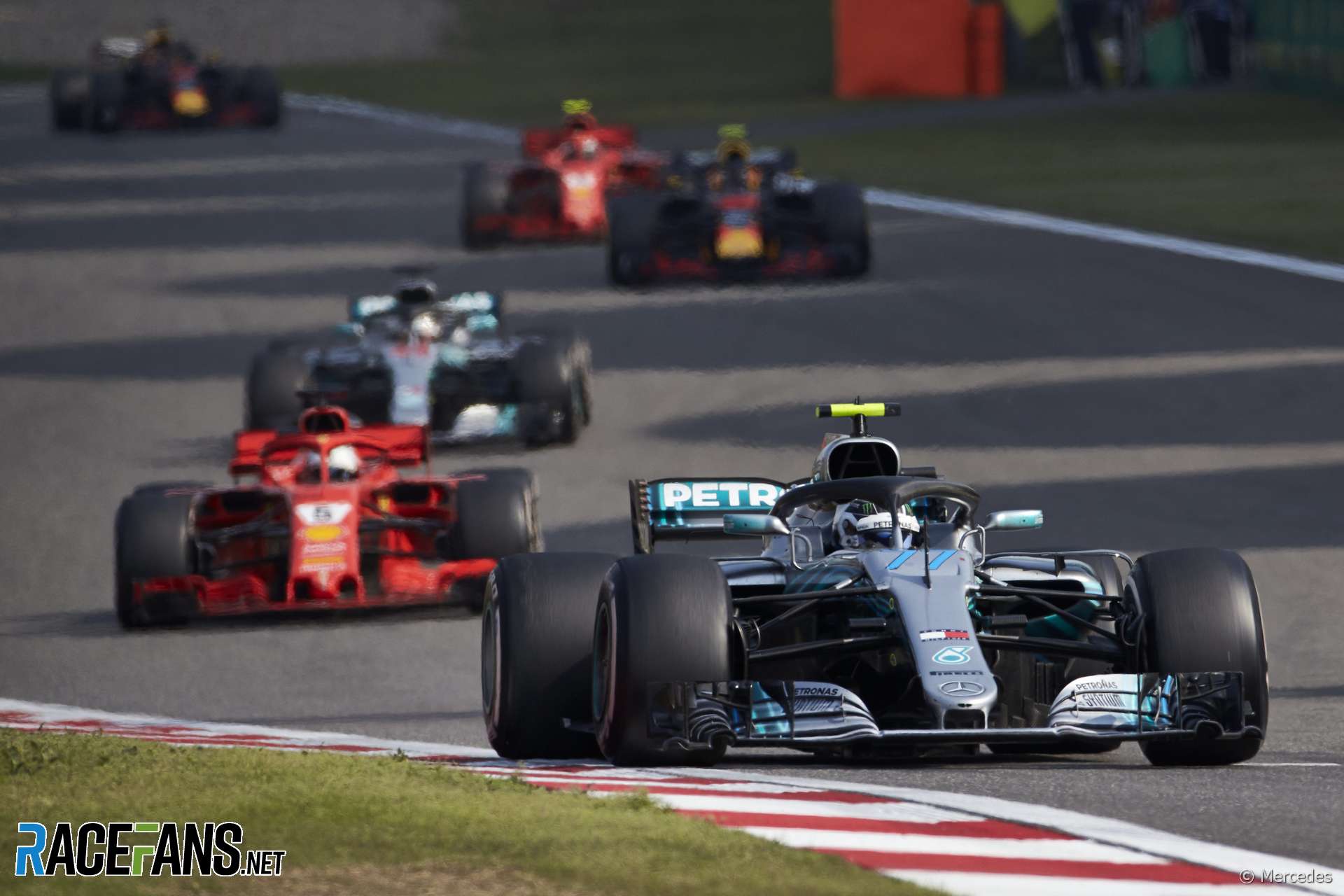 Red Bull’s gutsy decision to pit both their drivers during the Safety Car period put Daniel Ricciardo in position to win the race.

Had it not been for that, the big talking point after the Chinese Grand Prix might have been the outstanding piece of strategy by Mercedes which got Valtteri Bottas into the lead.

Sebastian Vettel held a seemingly comfortable lead of nearly three-and-a-half seconds over the Mercedes driver 18 laps into the race. Ferrari believed this was enough that Vettel could pit on the lap after Bottas and come out ahead.

“We were quite sure we would have come out in front, but we didn’t,” Vettel admitted afterwards. So how did Mercedes pull off a switch of positions which arguably should have won them the race.

It wasn’t won on the in-laps. Bottas and Vettel both covered the final sectors in 47.5 seconds as they headed into the pits.

Bottas made up much of the time with remarkable speed after switching from ultra-softs to mediums – tyres which are three stages harder. On his out-lap Bottas set the fastest times of the race to that point through sectors two and three, 28.597s and 41.749s respectively, which slashed around 2.5s out of Vettel’s lead.

Mercedes were quicker in the pits, too. Bottas had the fastest complete stop of the race, almost a full second quicker than Vettel. Ferrari, in the wake of their disastrous pit stop in Bahrain, and with an enforced change in pit crew following the injury to Francesco Cigarini, perhaps had to leave a greater margin for safety.

But the stop was the smaller part of the equation. Mercedes’ stunning pace on new medium tyres was what made the difference. After the race Bottas indicated Mercedes knew exactly how potent their car would be when he was asked if he was surprised to have taken the lead from Vettel.

“We knew that it is possible with this kind of gap,” he said – a telling remark given that he held Vettel’s lead at around the same level for five laps before pitting.

“If you get everything perfect, coming in, in the box, into the pitlane and all that. If you can switch on the tyres quickly, it’s possible. That’s why we stopped at this point.

“It was perfect timing from the team. I think it felt it was my quickest stop I’ve had with the team. So, everything just went really well. Good out-lap. So, we knew it was possible.”

It also points to how good the still win-less Mercedes W09 can be when the team hits its sweet spot. But Hamilton’s struggles on Saturday and Sunday shows they haven’t yet figured out how to hit it consistently.

After losing victory to Ferrari in Melbourne by underestimating how big a gap they needed between Hamilton and Vettel, this would have been a sweet way for them to reclaim their lost win. Unfortunately for Mercedes, it wasn’t to be.