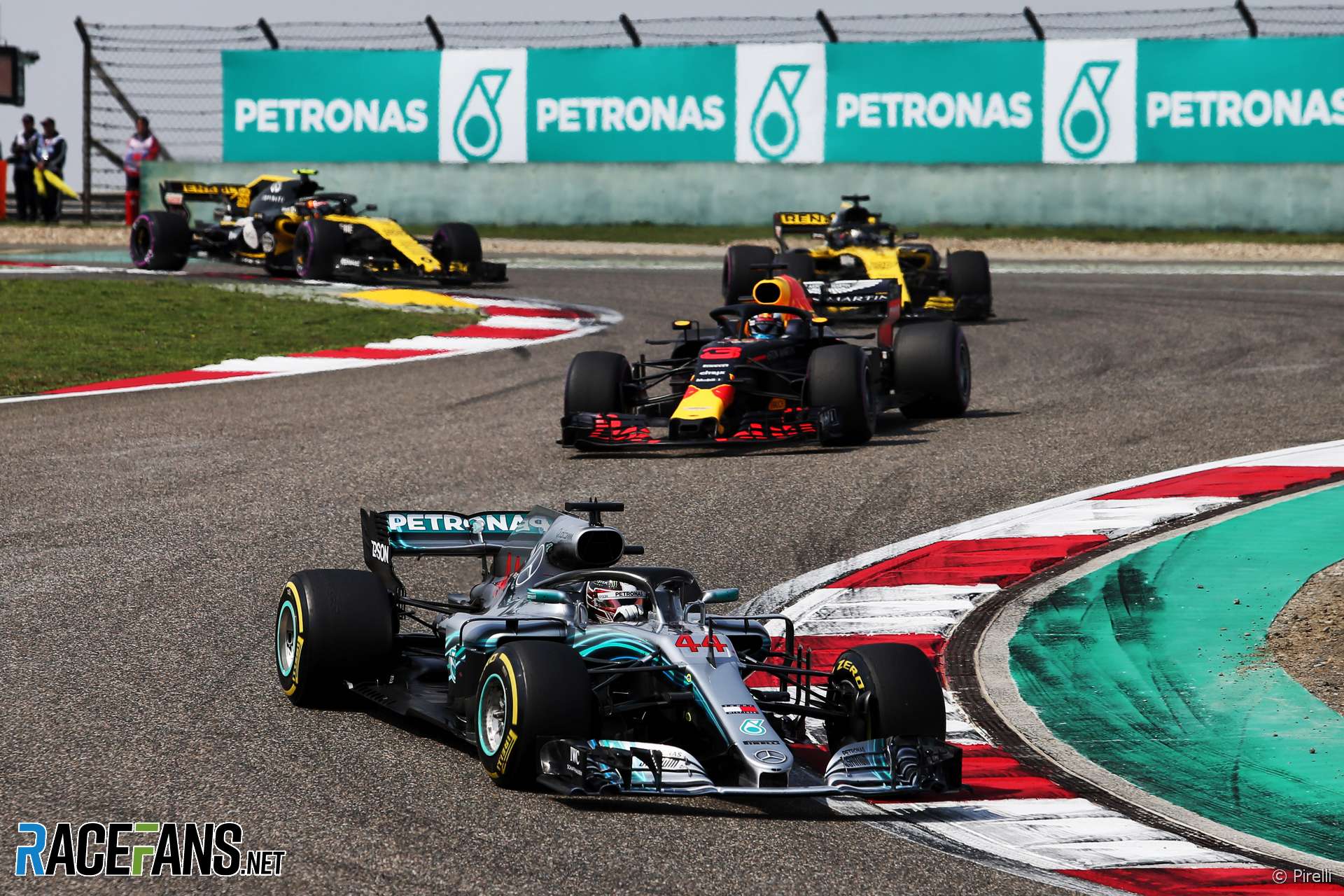 In the round-up: Lewis Hamilton backed Mercedes’ decision not to bring him into the pits during the Safety Car period in yesterday’s Chinese Grand Prix.

After the race Toto Wolff admitted bringing Hamilton in would have been the correct thing to do. Red Bull brought both their drivers in including Max Verstappen, who was running in front of Hamilton at the time.

Hamilton also queried the decision on the team’s radio during the race. Here’s what he said when asked about it afterwards:

The team made the decision, I would’ve fallen behind Kimi. At the time we didn’t know the others were going to their collisions and all that stuff ahead so at the time it was not the right decision.

"'Max overdid it by trying to overtake Vettel,' he told Movistar."

"'Holy Testicle Tuesday,' the 28-year-old exclaimed when asked what his reaction would have been had someone suggested in winter testing that Red Bull would win a race before champions Mercedes this season."

Moore: 'Posing in bikinis is part of a cheerleader’s job description' (The Scotsman)

Holy everything. Starting to come down.. Slowly. Thank you for the kind words. Today meant a lot pic.twitter.com/v1pvEzwbiI

Awesome to see @danielricciardo up on the top step again & even happier to see Ledge aka Genty up there to collect the constructors trophy. One of the best in the game!

I know Ricciardo has better tyres now but hats off to him for sending it down the inside cleanly every time he's got a sniff, he's an awesome racer 💪💪#F1

Asked what he thought of the incident between the Toro Rosso drivers, Christian Horner joked: "Well they answered the text perfectly…" #F1 #ChineseGP

Here's Christian Horner with another of his great 'read between the lines' quotes: Asked about @danielricciardo's future at @redbullracing, he responded by talking about the strategy @ScuderiaFerrari gave Kimi Raikkonen today…https://t.co/EXNXHB2Gwo#F1 #ChineseGP

Sebastian Vettel complained the Virtual Safety Car wasn’t used yesterday – but is it needed at all?

I’d rather see the end of the VSC entirely. The full Safety Car is a lot easier to understand and, yes, it makes for a more entertaining race.

I am sure it is also safer, and that is the reason for these periods in the first place!
David

38 comments on “Hamilton: Pitting under the Safety Car “was not the right decision” at the time”