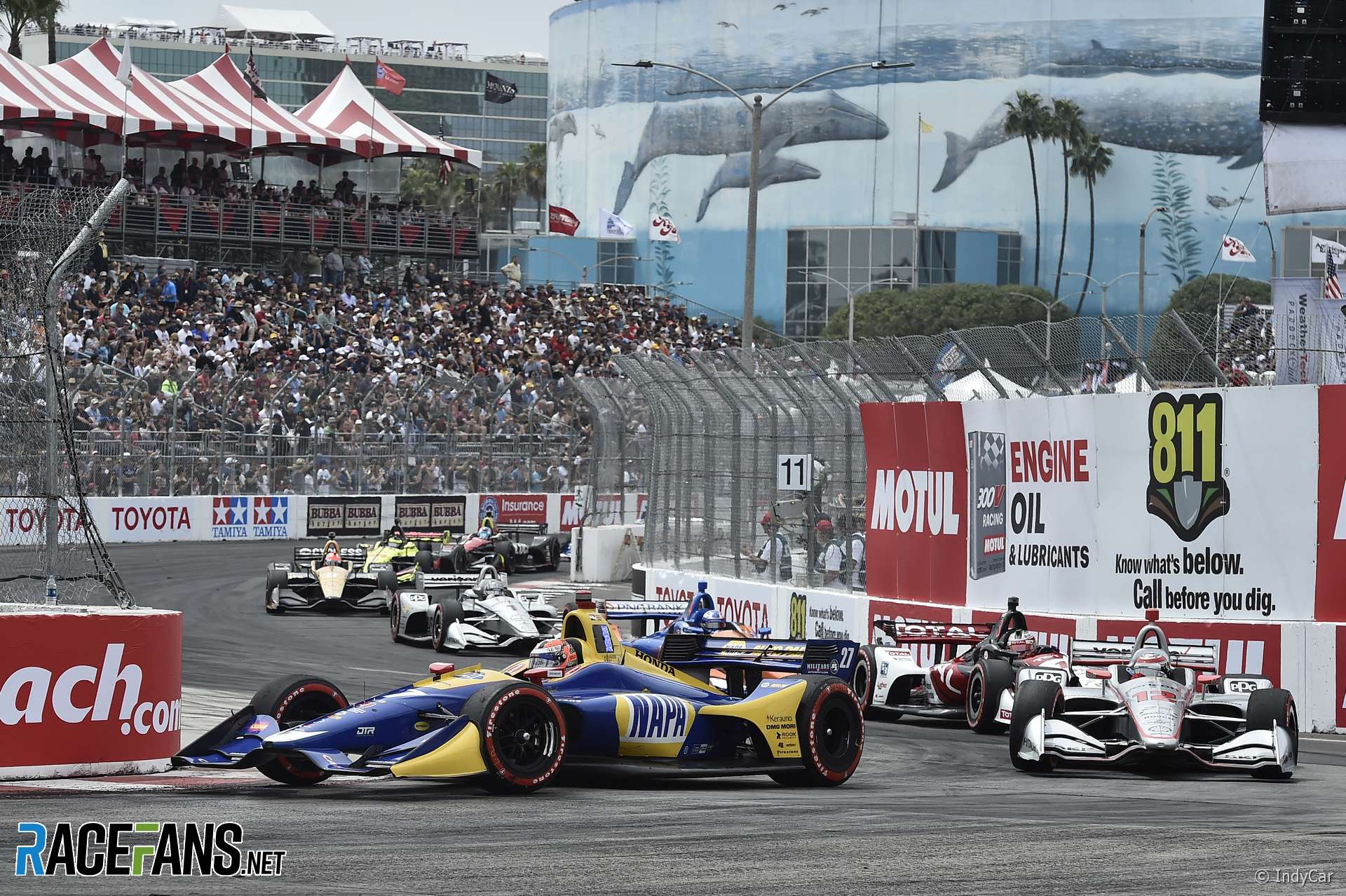 Alexander Rossi dominated the third round of the 2018 IndyCar season at Long Beach, leading 71 of the 85 laps.

The Andretti driver saw was seldom challenged as a series of rivals hit trouble, beginning with Simon Pagenaud who was taken out at the first corner by Graham Rahal.

Scott Dixon and Sebastien Bourdais fell victim to a late caution period during which both were caught out by the pits being closed. The pair had to serve drive-through penalties for the infringement.

Bourdais was also sanctioned for crossing the pit exit line while performing an audacious move on Dixon for second. He was told to relinquish the position, which he did, then immediately re-took it at turn one. A tap from Jordan King at the hairpin later in the race was the final setback which left him 14th at the flag.

Will Power chased Rossi to the flag but couldn’t get close enough to try a pass. The Penske driver pointed to his Honda-powered rival’s superior traction out of the final corner as being the key reason he couldn’t get within range.

The late shake-up in the order promoted Ed Jones to third place, equalling his career-best result, while Andretti rookie Zach Veach took fourth in only his fifth start. Rahal, who bounced back from a penalty for his clash with Pagenaud, demoted Marco Andretti for fifth. The Chevrolet in Power’s Penske was the only non-Honda engine in the top six.

Reigning champion Josef Newgarden looked like a threat for victory running a three-stop strategy to counter the more conventional two-stop favoured by Rossi and several others. But another caution period took him out of contention. He came in seventh ahead of Tony Kanaan, James Hinchcliffe and Charlie Kimball.

Having impressed in the opening two races Robert Wickens could only manage 22nd after being forced into the pits with technical problems. A series of collisions left Ryan Hunter-Reay in a lowly 20th on a day when his three team mates placed in the top six.