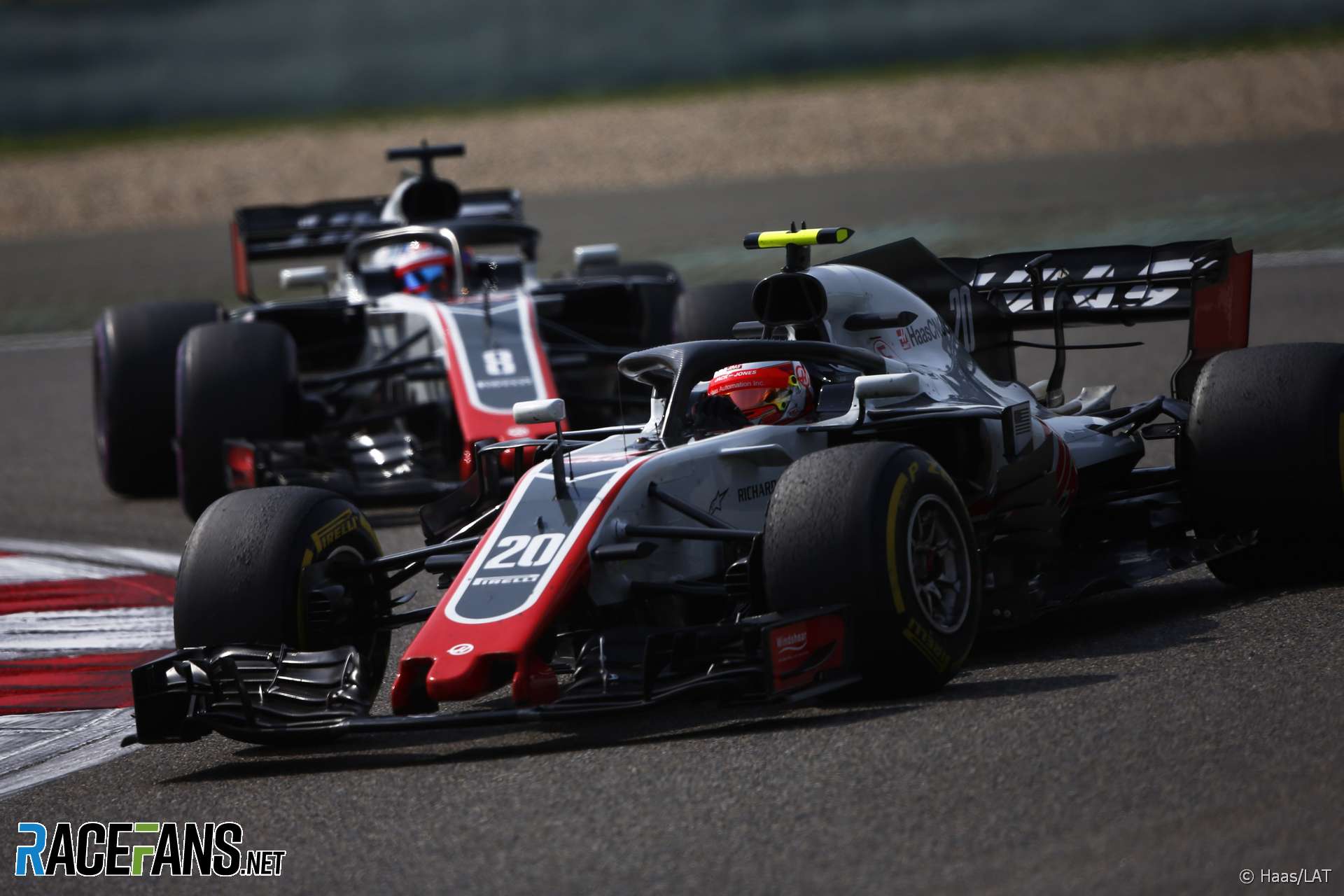 In the round-up: Haas team principal Guenther Steiner said the team couldn’t take advantage of the opportunity to pit during the Safety Car period because it didn’t have any suitable tyres.

Q: In hindsight do you think you should have pitted under the Safety Car.

GS: We didn’t have any tyres which would go to the end. That was our problem. We had the strategy and the Safety Car came just at the wrong time.

Q: Earlier in the race, did Kevin Magnussen ask to be let past his team mate?

GS: We sat down before the race and said we need to play strategy here and at some point we need to get whoever is faster… because starting 11th on a soft was clearly faster than than starting 10th on a [ultra]-soft.

We were at that point pretty quick so we just let him go. But it is so difficult when you’re running behind a car, you need a few laps to get the heat in again, that you can get away and it took him three or four laps to get away from Romain [Grosjean] because it drops so quickly.

Once he achieved that he was pulling away and he overtook [Carlos] Sainz [Jnr] on merit. It was quite a good situation for us.

F1 to set up fully-fledged local entity in China (Reuters)

Hamilton: 'Weekend was a disaster' (Channel 4)

"Saturday and Sunday were just a disaster from the performance on my side."

"It was a nice touch that Chris Gent, his no.1 mechanic, was sent up to collect the Constructors’ Trophy. Chris probably had to be carried up to the podium though. Despite having prepared more winning cars than anyone can remember, like the mushroom, Genty has absolutely no desire to be in the spotlight. He’s never done the podium before, and right now he’s probably discovering all manner of new and interesting chafing that come as the consequence of running around post-race in overalls sodden with champagne, as Daniel poured the best part of a magnum into his."

"Pirelli are not there yet, before the safety car the four leaders were all still on a one stop but the rubber the tyre manufacturer has provided is at least offering more variables across the grid this season."

A character building trip full of ups and downs but we come home with more points and yet again reliable cars. Good work all round 👍

That’s something I wish F1 would embrace when they start considering post-2021 plans—if cars are able to overtake, then not all tracks need to be three-point-something miles long. It would be great to see more tracks in the two mile or even sub–two mile range that promote a real ‘bull ring’ atmosphere.

This race was 85 laps, and St Petersburg was 110 laps, which also gives spectators far more value, and in turn increases the odds of chaos and passing.
@Markzastrow