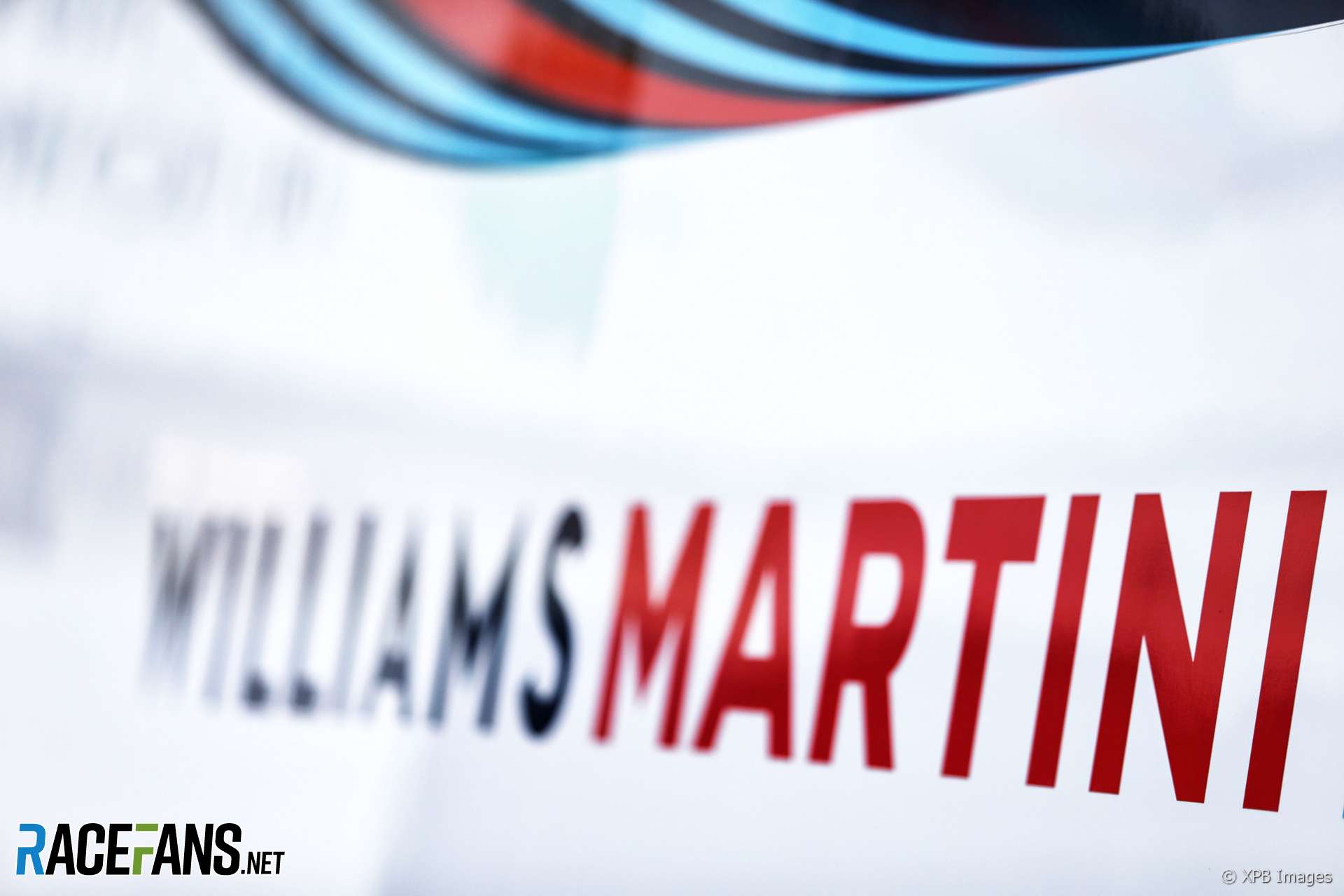 Williams deputy team principal Claire Williams says she isn’t concerned about replacing title sponsor Martini when it leaves at the end of 2018.

The drinks brand, which has a long association with motor racing, has appeared on the F1 teams’ cars since 2014.

Speaking in an exclusive interview with RaceFans Williams said the team is “not worried about Martini leaving.”

“Obviously it’s a shame that they are. Genuinely I feel that, because they were very generous in coming in and supporting the team in 2013 when we were ninth in the championship.

“Not only have they brought the financial support that’s been so important, but they’ve also given us a refreshed and youthful identity, and we were really looking for that. And people bought into it. They are part of the Williams family. So to lose them is bad from our perspective, but we will replace them.”

However Williams said their replacement will not not necessarily be another title sponsor.

“I don’t care if it’s a title sponsor that comes in to replace them or it’s 10 partners that give us a million quid each. As long as we have the budget to go racing, then that’s all that matters.

“This gives us an opportunity. If a title partner comes in and wants to be a title partner, fantastic, but if it doesn’t, we’re a strong enough brand to be able to stand on our own two feet.”