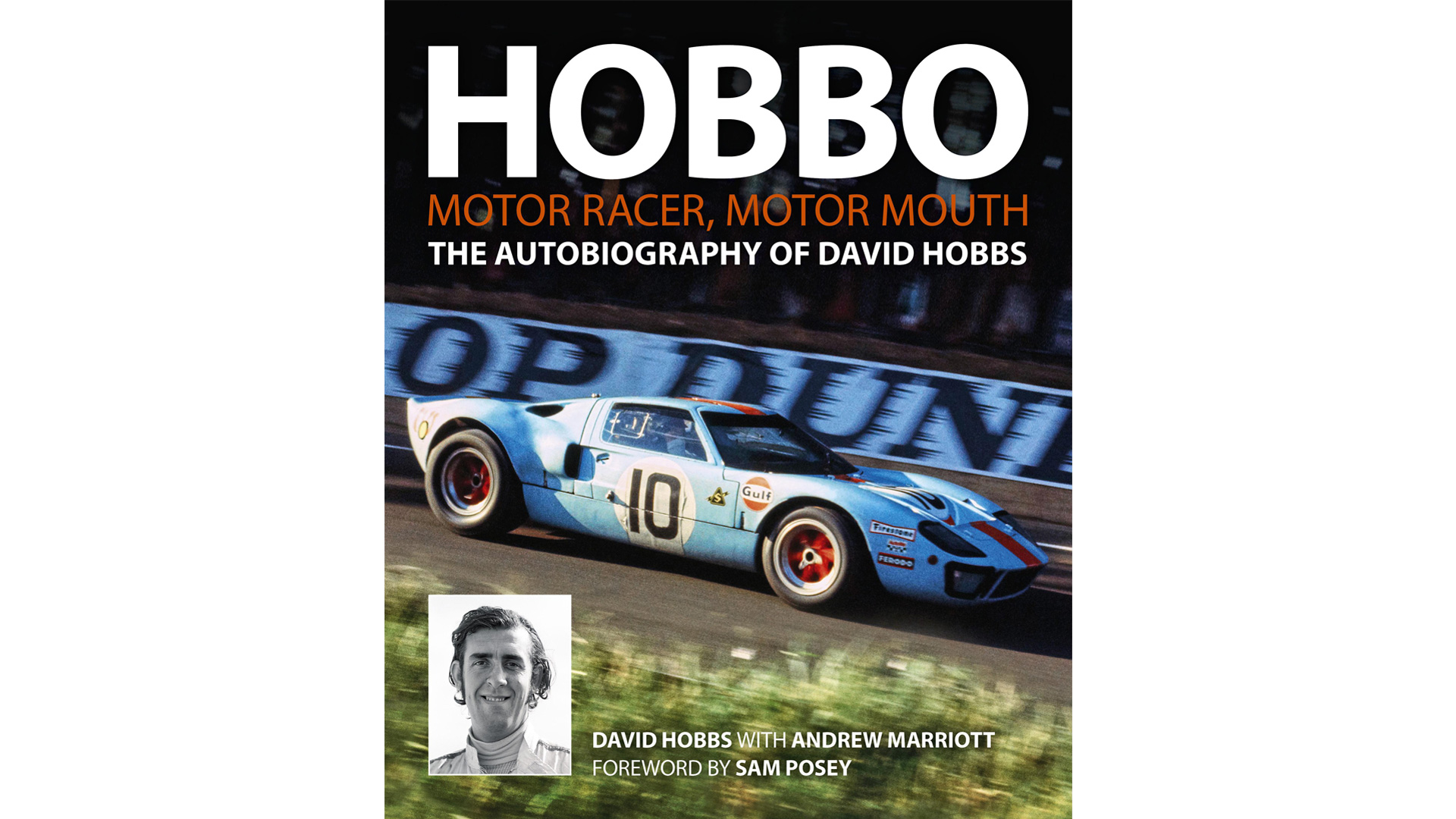 It is debatable whether or not David Hobbs is better known as one of the most versatile drivers of his generation, or as one of the voices of motor sport in the USA. Hobbo is the self-told story of his remarkable life, and timely in its appearance after the end of F1 coverage on NBC following the 2017 season (and consequently the end of Hobbs’ commentary career).

Sumptuously published by Evro, this coffee table-bothering tome is fabulously illustrated throughout with some brilliant on-track and behind the scenes shots. The sheer quality of the physical product is very impressive.

But it’s what lies within that matters, and here it is a slightly more mixed picture.

The overwhelming majority of this book is about David Hobbs the racing driver and is structured around a broadly chronological account of his career. There could certainly be great book of Hobbs’ best stories and reflections on calling some of the biggest races of the past forty years but this isn’t it. Indeed the chapter given over to his television career focuses more on the behind the scenes discussions that landed him the gigs.

Whilst the pace rattles along there is a notable shift in tone, detail, and candour as the narrative moves on into more recent times. Certainly fewer punches are pulled when discussing various paddock characters from fifty years ago, particularly those no longer with us; John Surtees being a prime example. Likewise this is very much a story of what Hobbs did, rather than what he felt; for example I’d have loved some discussion about the how the cars and overall Le Mans experience evolved from the sixties to the late eighties.

That said, some sections of the book are fantastic, particularly the chapters covering the mid-sixties (Gulf Ford GT40s) to the early seventies (Penske), and the accompanying photographs and captions are superb. And afterwards I had an enormous amount of fun scrolling through google maps looking up some of the obscure Cam-Am and Formula 5000 circuits of the era.

It goes without saying that this book is a must for fans of the driver and the period (and makes a great accompaniment to Brian Redman’s ‘Daring Drivers, Deadly Tracks’) and collectors. But at £50 it is a serious investment for the slightly less committed. This is a pity as Hobbo is a great story, and a great window into professional motorsport outside the F1 limelight.