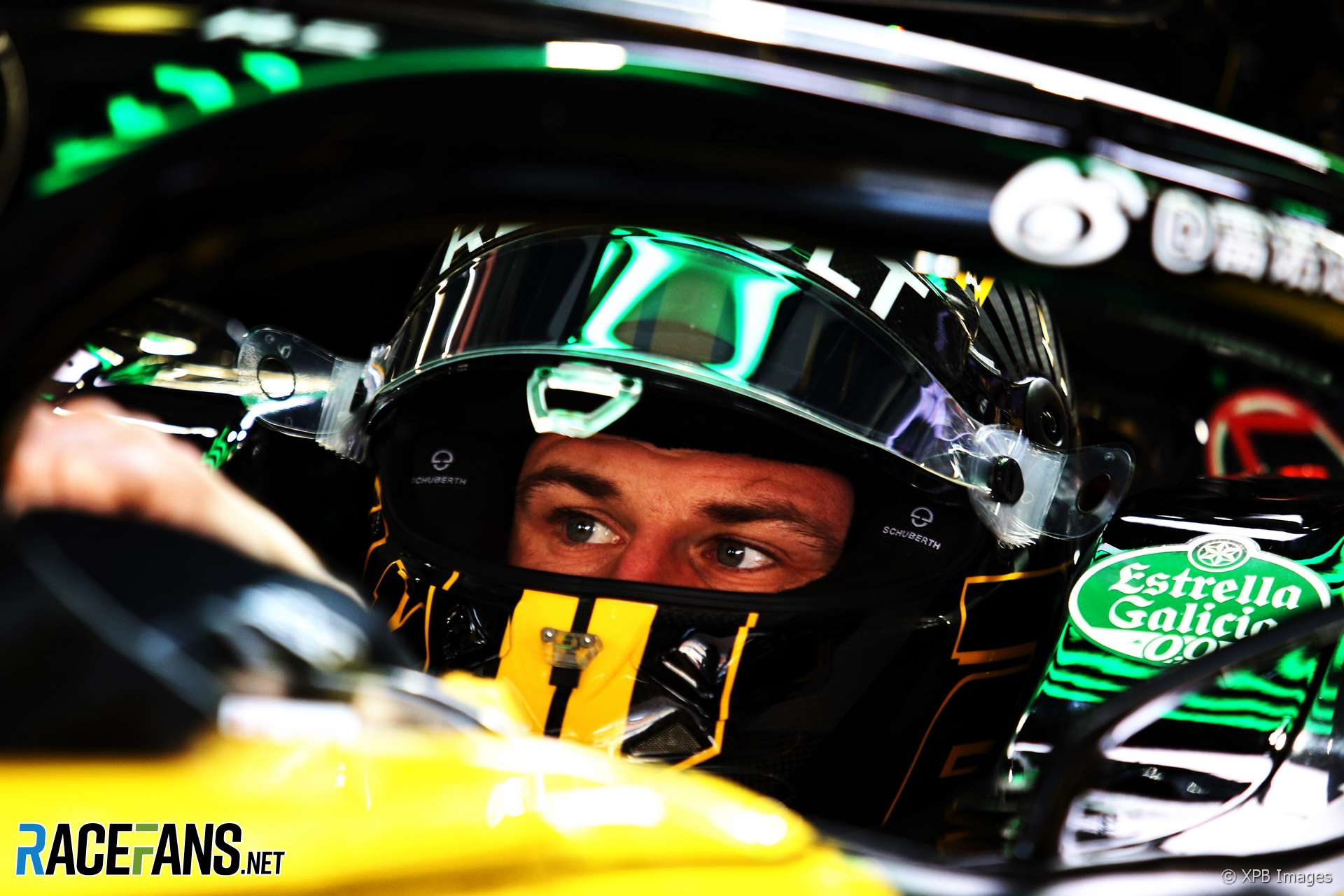 Nico Hulkenberg says he feels no closer to his elusive first podium finish in his second season driving for Renault.

The 30-year-old has started 138 races without finishing in the top three which is a record for an F1 driver. Hulkenberg said his chances of reaching the top three appear little different to last year.

“I wouldn’t say [I’m] further away. Not closer, it’s kind of the same. The top six cars are a bit in the distance, out of our reach at the moment under normal circumstances. Then I think it’s us battling with Haas and McLaren quite closely behind.”

Hulkenberg, who won the Le Mans 24 Hours in 2015, says he isn’t dwelling on his failure to reach the rostrum since making his F1 debut eight years ago.

“It’s not something that you can force,” he said. “I can’t say I’ll do something crazy, stop on lap one and make it happen somehow.

“You need the right car, you need all the things to be right and in place to be able to achieve the podium and victories, we all know that. Either it comes with time and you are in a position to make it happen or not but of course I would love to have it on my record but it’s not that it bothers me.”

Being dropped by Williams was “a big step backwards”

Reflecting on his career so far, Hulkenberg said he is pleased to have bounced back from the “setback” he suffered at the end of his debut season.

“Obviously for me a big step backwards was the end of 2010. Losing the Williams race seat, that was really a setback for my career and impacted the career heavily also.”

Hulkenberg lost his seat at Williams shortly after putting the team on pole position at Interlagos. He said he learned a lot from team mate Rubens Barrichello during that first season.

“Rubens, it was funny because I was a rookie and he was in his 18th season. So he just had me in the pocket the whole time.

“I thought ‘I have him’ and then for quali he would get his hammer out… He always knew exactly where I was and what I was up to and what he was capable of, more importantly. He taught me quite a lot of lessons, it was an interesting year with him.”

Joining Renault has been a positive move for his career, Hulkenberg said, but he named performances for Force India and Sauber among his F1 highlights so far.

“Single races like Brazil 2012 when I almost won the race but I crashed with Lewis [Hamilton]. Korea 2013. [There’s] a lot of individual races that were very good because if you don’t have the car to compete every race at the front it’s about individual races and highlights.”