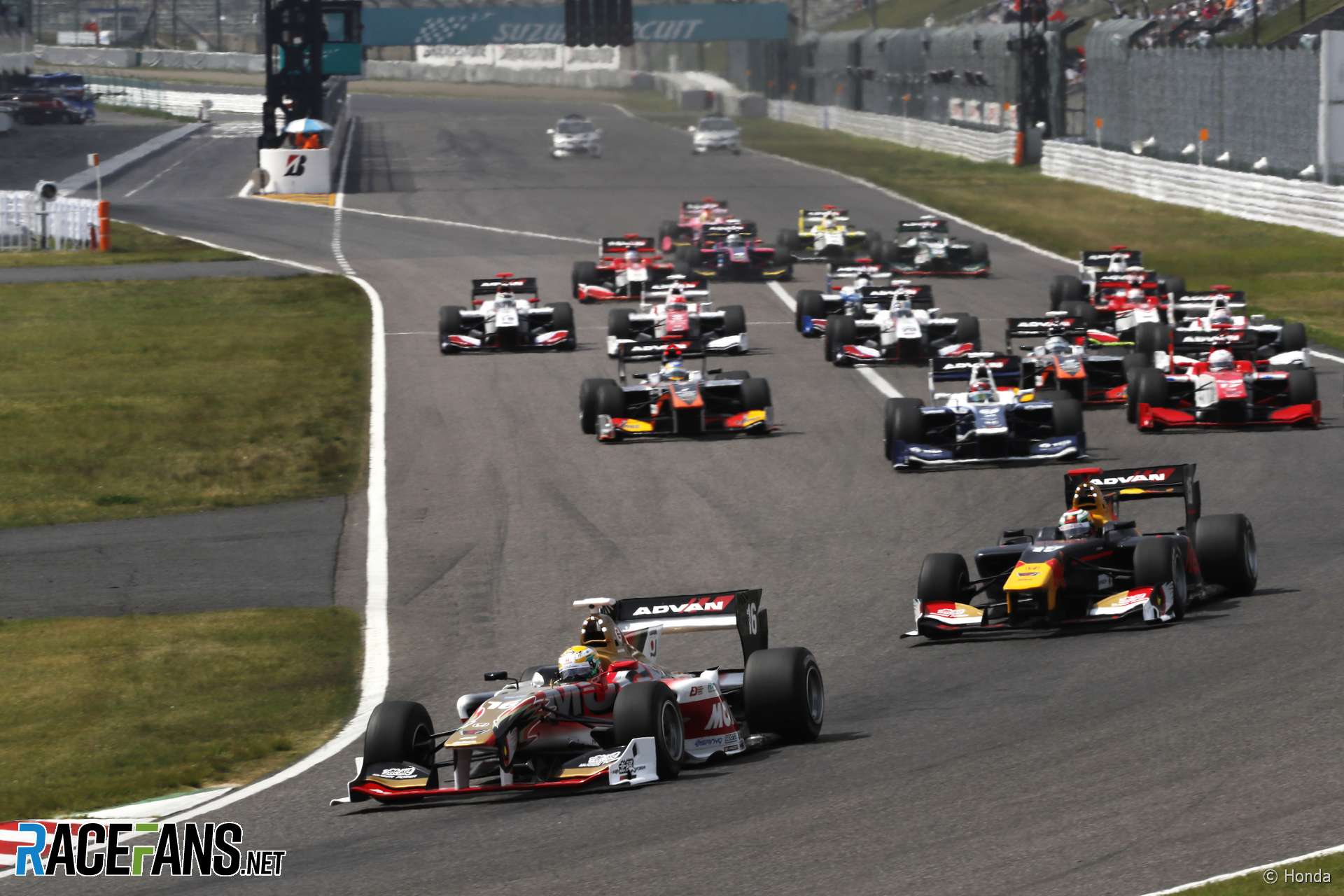 The new Super Formula Season began at Suzuka with 2013 champion Naoki Yamamoto on pole position ahead of newcomer and F2 driver Nirei Fukuzumi.

Following the season-opening double header at Paul Ricard the Formula Renault Eurocup headed to the long straights of Monza for its second round. Yifei Ye and Lorenzo Colombo took the pole positions but the Safety Car appeared early in race two following a crash on the run to turn one.

Pat O’Ward took pole position for both Indy Lights support races for the IndyCar round at Barber Motorsport Park. The second race began in wet conditions.

A huge, 53-car field contested the season-opening round at Monza.

Martin Truex Jnr and Chase Elliott shared the front row of the grid for the ninth round of the 2018 NASCAR Cup.

Australian Supercars headed to the fast sweeps of Phillip Island where Scott McLaughlin took pole position for both races.

IndyCar fans had to bear through a lengthy rain delay during Sunday’s round at Barber Motorsport Park. It wasn’t a very comfortable time for the drivers either, as James Hinchcliffe explained in the memorable interview from the broadcast below.

What other racing action did you watch last weekend? Let us know in the comments.

F1 and F2 head to Baku next weekend while Formula E races in Paris. The following series are also in action: